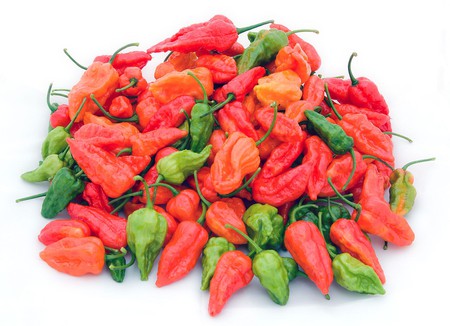 Bhut jolokia, known as the hottest chilli in the world, is used in various Northeast Indian dishes | © Xaime Méndez / WikiCommons

The world often views Indian cuisine from a narrow perspective. But you’ll be baffled by how vast and variegated food in India really is. Take Northeast Indian cuisine, for instance, cooked with minimal ingredients and by the simplest of methods, it still manages to pack in so much flavour. Want to find out more? Here are some of the must-try dishes from this region.

One of the most widely consumed proteins in Northeast India is smoked pork. The meat is cooked in a number of ways, but bamboo shoot is the favoured ingredient as it goes well with pork. The dish is quite simple, as the only ingredients paired with the meat are bamboo shoot and bhut jolokia, or raja mirchi, known to be the hottest chilli in the world. These ingredients are then simply boiled together. It may sound modest, but you’ll be surprised by the amazing flavours when you taste this dish. 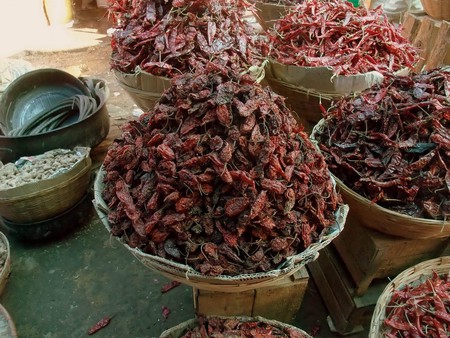 Bhut jolokia or raja mirchi, known as the hottest chilly in the world, being sold at a market in Dimapur in Nagaland | © rajkumar1220 / Flickr

This is a signature dish from the state of Assam and it is basically fish cooked in a gravy of curry leaf paste. While curry leaves, or narasingha, as they are known in Assam, are often used as a seasoning in South Indian cuisine, it is quite rare to find an authentic dish from Northeast India that uses these leaves as a central ingredient. Narasingha is known to have many medicinal benefits as well and is said to improve digestion and lower cholesterol. Masor tenga, or sour fish curry, is another famous fish-based dish from Assam. 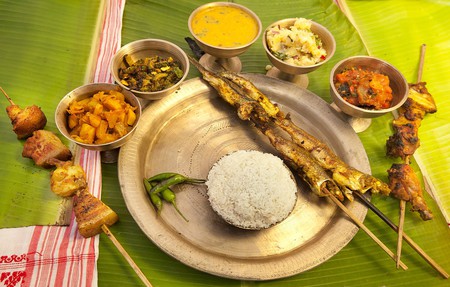 Bangwi is a rice cake wrapped in a conical-shaped lairu or in banana leaves. It is an important dish cooked and served during all the major festivals in the state of Tripura. A variety of rice called Guria is the preferred option and this rice is soaked overnight or at least up to eight hours prior to the preparation of the dish. It is then flavoured with ginger and other ingredients like coconut, raisins and cashews are added according to the diner’s preference. Pork and pork fat can also be used to make this dish.

Iromba is a Manipuri dish which features dried fermented fish as the hero ingredient. It is characterised by a strong and pungent taste. The fish is cooked along with a variety of boiled vegetables. String beans, potatoes and yams are usually used in the vegetable stew but some also prefer to add bamboo shoot and mushroom to the mix. Sometimes, the fermented dried fish in iromba is replaced by prawns. 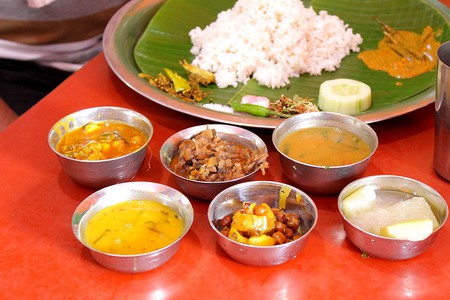 Galho is similar to khichdi, a dish made of rice and lentils and popular in most parts of India. The only difference being that meat is, most often than not, used in the preparation of galho, while khichdi is a vegetarian dish. Smoked pork, or beef, is the meat of choice and the flavour of the dish is accentuated by adding axone (fermented soybean), a key ingredient in many Northeast Indian dishes. Some people also put in pork fat while making the dish. Interestingly, pork fat was recently named one of the most nutritious foods. All the ingredients are boiled together and what you get is a bowlful of healthy and delicious food.

Smoked pork ribs is another must-try dish from Nagaland. While different versions of pork ribs are available around the world, the one from this region has completely new and unique flavours. Traditionally, some local tribes are known to hang their pork ribs over a fireplace for a few days until the moisture in the meat dries up and it acquires a distinct smoky flavour from the burning wood. However, many people now believe that the smoke from the wood is detrimental to health and have adopted alternate methods. Naga style smoked pork ribs pair well with a chutney (spicy condiment) made of bhut jolokia. 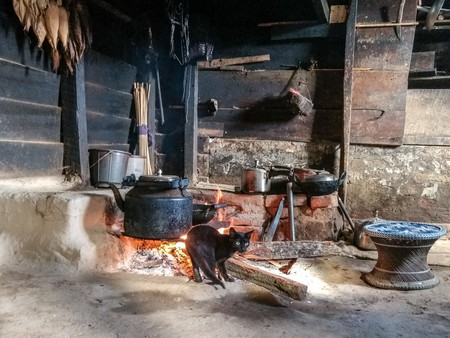 In villages in Nagaland, smoked pork is often made by hanging the meat over hearth like this for several days | © Mike Prince / Flickr

Kheer is one of the most-loved desserts in India made by boiling rice, sugar and milk. Instead of the normal white rice, chak-hao kheer is made out of black rice, which is grown locally in Manipur. Some even claim that chak-hao is much more aromatic than the black rice which is found in other Asian countries. Rich in nutrients like iron and vitamin E, black rice also offers several health benefits besides being rich in taste.

Most dishes in the state of Sikkim are influenced by Nepali and Tibetan cuisine and gundruk is one of them. Gundruk is made by fermenting green leafy vegetables like mustard or cauliflower leaves. While very different in taste, the fermentation process is comparable to that of kimchi, a staple dish in Korean cuisine. Different households have different ways of cooking gundruk but it is mostly eaten in the form of a jhol (soup) or as achar (spicy pickle). 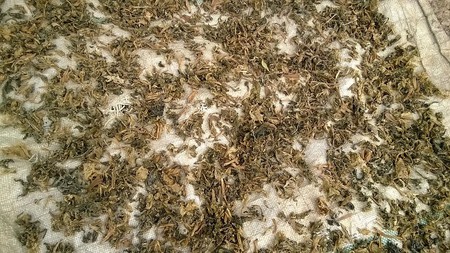 Chhurpi is cheese made out of yak’s milk and is consumed in a wide variety of forms in Sikkim and parts of Arunachal Pradesh. Chhurpi soup is generally served with rice and chhurpi achar makes for a great accompaniment to momo (dumplings). The best thing about chhurpi is that it goes well with a lot of other ingredients and therefore, you can experiment with your own recipes, should you please.

Khuri is a traditional Sikkimese dish made out of rolled buckwheat crepes with vegetables or meat. It is an authentic dish belonging to the Lepcha community, who were the first people to settle in this small Himalayan state. If you like spring rolls, you’ll definitely love khuri. Plus, it is a much healthier option than the former as buckwheat, an underrated superfood, is loaded with plenty of healthy nutrients. 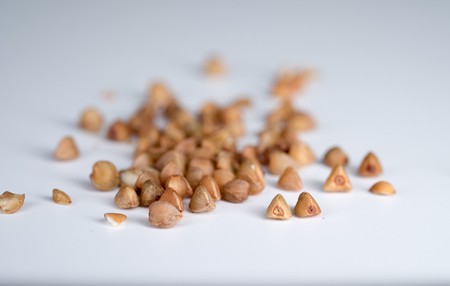