10 Iconic Malayalam Films You Should Watch 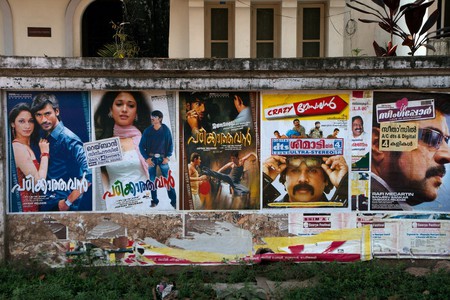 Malayalam cinema is renowned for its story-driven films, seminal characters and sublime stories. Malayalam films are cherished for their evergreen relevance and are regular winners at the national and international level. They are also the perfect way to get acquainted with Kerala. While the list of the best Malayalam films is inexhaustible, here is a brief list of some of the unparalleled films you must watch.

The first colour film in Malayalam cinema, it became an instant hit due to its classic and inimitable tragic love story that has remained a cult favourite over generations. It showcases the lives of the fishermen community in Kerala, replete with the intense harmony and unity of their community. It also highlights their staunch belief towards the sea goddess and the tale that recounts that if a woman is unfaithful to her husband who is out on the sea, death will befall him.

A black comedy, this is one of the epochal films of Malayalam cinema, which brought to light the prevailing rampant situation of unemployment plaguing the state at the time. It showed the poignant situation of two youths who lose their jobs and try to make ends meet in pursuit of small jobs. The film then leads to the duo finding themselves involved in a criminal investigation, which they end up resolving through comic circumstances.

An epic period drama, this film reflects the times of Northern Kerala in the 16th century. The story narrates the folklore of the Chekavar warriors, who are skilled in Kalaripayattu, the indigenous martial art form of Kerala. The film is a ballad that depicts the love of Chandu for Unniyarcha and how he kills her brother Aromal in a duel. This film won several awards at both state and national levels.

The film is about a Malayali youth who is lead astray in life after becoming a victim of circumstances. It explores a poignant father-son relationship where a father’s expectations of his son joining the police force, like him, are shattered after his son finds himself involved in a murder. The film exhibits the emotional and psychological crumbling of a young man and his family.

The is an exemplary film from the archives of classic Malayalam cinema, as well as Malayalam literature, for the film is an adaptation of the autobiographical novel of one of the greatest writers in Malayalam, Vaikom Muhammad Basheer. It is a beautiful portrayal of the love between Basheer and the unseen Narayani, whom he romances across a prison wall. The film was highly appreciated at the Venice Film Festival.

A political satire, this film is symbolic of the Kerala of the time, when young men were joining politics due to lack of ambition. Fraught with academic disappointment and eventual unemployment, they were wooed by the false promises of politics. The film follows a family of two brothers who espouse the major opposing political ideologies of the state and shows the consequences of their blind actions upon their family.

A psychological thriller, this film explores the theme of split personalities depicted through a character named Ganga. She is a modern-day woman who becomes fascinated by the historic stories of Nagavalli, a Tamil dancer who lived in the house many eons ago and ends up internalizing her spirit. The film is a cult favourite thanks to its perfect mix of comedy, drama, thrill and suspense.

A family drama, this film was an eye opener for the social norms of the time. Depicting a traditional Brahmin Orthodox family, it recounts the story of two brothers who grow up with entirely opposing life perspectives. It challenges the socially rooted beliefs and religious faiths of the Brahmin family, almost sacrilegious in its character when one of the brothers becomes an atheist.

This artistic film, which has been adapted from two short stories, Ponthan Mada and Sheema Thampuran, excellently unfolds the relation between Ponthan Mada, a low caste servant and his landlord, Sheema Thampuran. The most compelling scenes of the film include moments where Ponthan Mada converses with his master by hanging from a tree outside his window. The story is set in colonial India of the 1940s and the film discourses the dynamic state of Kerala during the time.

This is a film that evokes patriotism in every Indian as it reveals the atrocities committed by the British during the colonial period over which Indian prisoners were sent to the Andaman and Nicobar Islands. Considered to be perhaps the worst place of quarantine of Indian prisoners during the colonial rule in the subcontinent, the dreaded islands were thus referred to as ‘Kala Pani’ – black waters.