Haunted Places in India You Need to Avoid

The curiosity to find out more about the unknown has inspired people to travel to all four corners of the world for many centuries. While some feel an adrenaline rush exploring haunted places, others prefer to stay away. India, the land of thousands of untold stories, has its own share of eerie destinations. Check out this list to decide if you are daring enough to explore these places or spooked enough to steer clear.

This abandoned town in Rajasthan, home to a majestic fort, is reported to be one of the most haunted places in India. Bhangarh and its ruins are closed to visitors from sunset to sunrise, reportedly the time with the highest paranormal activity on the premises. According to one of the tales about Bhangarh, a tantrik priest fell in love with the princess Ratnavati, who was described as ‘the jewel of Rajasthan’. The priest planned to cast a spell on her so she would fall for him as well. However, when the princess came to know of this plan, the priest was killed. Before dying, he cursed the town. Now, it lays in ruin and is inhabitable for anyone. It is believed that the roofs of the temples and houses fall down the moment they are built. Those who have dared to stay in the fort overnight have reported hearing footsteps and the screeching of a woman. 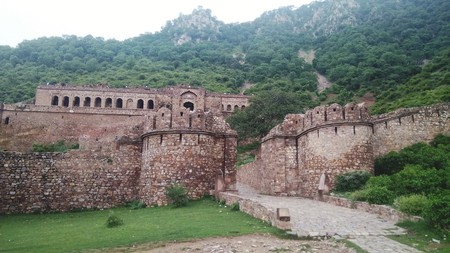 By day, this is one of the most beautiful spots in Delhi, but by night it’s a different story. It is said that the road leading through Delhi Cantonment has a notorious, ghostly hitchhiker who walks around aimlessly, clad all in white, waving for passersby to stop their cars. It is believed that people who have agreed to give her a ride are never seen again. And those who don’t stop have claimed that the woman runs parallel to their window, matching the car’s speed until they reach the border of Delhi Cantonment.

This black-sand beach in Gujarat was once an important Hindu cremation ground, and it is this history that gives it an eerie edge. The cheery morning atmosphere fades with the setting sun, and by night local people avoid Dumas Beach as much as possible. From spooky shrieks to whispers, people have reportedly heard haunting sounds coming from Dumas, said to be the spirits of tormented souls. Some attribute the black sand to the ashes of burned corpses and, on top of all that, nearby dogs are said to bark throughout the night, sensing a paranormal presence. Everything about the Dumas beach makes it the last place you would want to be at night.

Built in 1870, this mill is a notoriously spooky location. Shut down after a massive fire in the 1980s, the mill was left in a dilapidated, eerie state. Now a major shooting location for Bollywood films, several stars and crew members have claimed to be witness to paranormal activity in certain areas of the mill. Some have sworn never return to the place and the few who do wrap up their work well before sunset.

One of the largest film complexes in India, Ramoji Film studio is also said to be home to various spirits that roam around the grounds and the hotels in the area. Built on a battlefield, Ramoji is supposedly surrounded by the spirits of the dead soldiers that are still active on the field. Odd marks on the mirrors, props and crew members falling to the ground in unexplained circumstances and phantom food being scattered around are just some of the common occurrences reported in the studio. 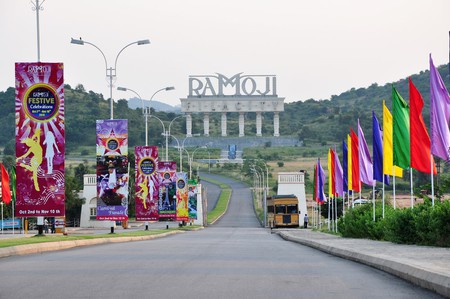 Located in Lonavala, one of the most popular weekend getaways for Pune residents, Raj Kiran Hotel may be small, but it is full of intrigue. There are particular rooms and areas where guests have witnessed various paranormal incidents. Holiday-goers have faced their worst fears when their bed sheets were forcefully pulled off at night or they woke up to an unexplained blue ray near the bed.

Huge forts at night are scary anyway, but Shaniwar Wada is something else entirely. Screams for help from a young boy are said to be heard by night. According to legend, a prince and heir to the Peshwa throne and was brutally murdered in Shaniwar Wada. Today, painful screams of “kaka mala vacha” (uncle, save me) echo through the fort after dark, especially during a full moon. 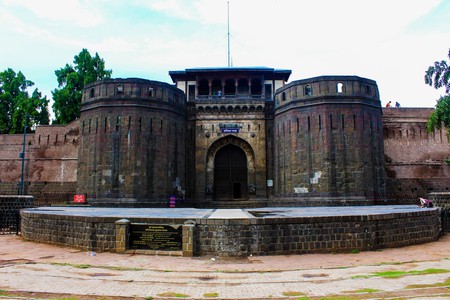 One of the first high-rise buildings in Mumbai, the Grand Paradi Towers is infamous for the number of suicides that have taken place here (the total is close to 20). There is a particular apartment on the eighth floor of the building that remains sealed, as many at Grand Paradi believe it is still home to the spirits of deceased residents who refuse to ‘move on’. Random knocks on the door, sounds of footsteps in unexpected places, at unexpected times, and spine-chilling screams have led to the need for constant counselling sessions for the current Grand Paradi inhabitants.

According to locals, terrifying ghosts reside in the small hill station of Dow Hill, the surrounding forest, and the nearby Victoria Boys School. A number of accidents and murders have taken place here in the forest, and the ghosts of various children have been sighted. The most common is one of a headless boy, who roams around in the forest and follows people. Constant shrieks, laughter and footsteps can be heard in the school, even during vacations and weekends when nobody is around. 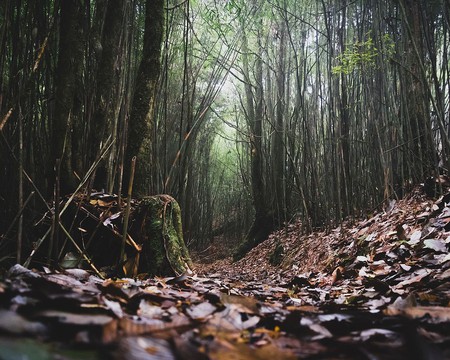