10 Groundbreaking Indian Films Of Our Times 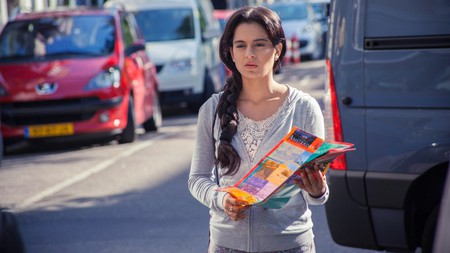 There’s no doubt that Indian cinema has come a long way. Where once it was all about action sequences and dance numbers in parks, there has now developed a tradition of sophisticated and conceptual storytelling; no more is the focus fully on male heroes since actresses are beginning to take center stage. Read on for our list of some of the most groundbreaking films of the Indian cinema in recent times.

Vikas Bahl’s Queen was a complete surprise to the audiences. A film that celebrates a woman going alone on her honeymoon after being left at the altar, and coming back emancipated? Audiences not only loved the incredibly humorous yet realistic dialogue but also enjoyed the inherent joie de vivre of Kangana’s character. The film was not just a stellar act by Kangana but a whole bunch of team efforts putting together some great writing along with direction, with a great supporting international cast as well. Queen did so well that it went on to win the National Award and every major acting honor for the actress as well.

Shoojit Sircar’s Piku turned out to be a pleasant surprise. It celebrated the essence of individuality, independence, and womanhood all at once. Most importantly, it celebrated the father-daughter relationship that stuck through the odds. Piku is one of the many movies celebrating the unique blend of Eastern values with Western individuality that we are seeing in Bollywood today.

Now this is an example of a great concept gone wrong. But nonetheless, Ki & Ka took upon it the onus of challenging gender roles in marriage to highlight the ambitions of individuals instead of showing what is expected. A better story could’ve done wonders for this film, but it was still a happy surprise to watch the macho Arjun Kapoor take up the homemaking tasks. Even just a few years back, we would not have seen a movie about a house-husband becoming a commercial success in India – let alone one even being made!

Quite an unlikely YRF project, DLKH was a rustic film set up in the small towns of Uttar Pradesh in the 1990s. The film was not about celebrating Kumar Sanu but about getting to appreciate relationships beyond their appearance. Bhumi Pednekar’s plus-size performance whisked away all the applauds and hearts for picking a point and highlighting it with much ease. In an era that constantly makes men and women feel insecure about their bodies, this film was a welcome relief!

Neeraj Ghaywan and Varun Grover have delivered a film which is shocking, heart-wrenching and at times hilarious. Every character is beautifully defined, and their stories come together perfectly, which is especially hard to do in a story with multiple protagonists. Masaan tugs at every emotional string in such a delicate and balanced way that it’s a treat for the audience. It has won a ton of awards in India and abroad, including two top honors at Cannes in 2015.

For years, the Arushi Talwar murder case was a media circus – the closest parallel to it would be the O.J. Simpson case in America. However, Meghana Gulzar’s direction of Talvar, which was penned by Vishal Bharadwaj, added an air of sobriety to the tragedy. It was so successful in portraying the helplessness of the family in the face of a system of corruption and inefficiency that it did not matter what opinion the film had on the actual verdict of the case. One of the most powerful and courageous films of 2015.

Margarita With a Straw

Shonali Bose’s Margarita With a Straw was a groundbreaking film in its concept alone – for a start it had a French actress playing a lesbian with cerebral palsy. Such was the power of Bose’s narrative that audiences were able to suspend their judgments and empathize deeply with the flawed and vulnerable Margarita, played by the brilliant Kalki Koechlin.

Marathi cinema has consistently been producing some gems, with Killa being one of them. The film about a young boy having to deal with the death of his father and adjust to the new surroundings with the transfer of his mother was beyond beautiful. The film did an incredible job in a sense of relatability and childhood innocence without any recourse to melodrama. A true trailblazer in its genre.

India’s official entry to the Oscars, Court is an account of the judicial proceedings in our country. Subtly satirical, Court throws light on so many issues all at once and yet it never gets heavy for the viewer. Filmed in classic theatrical style, it features a memorable scene toward the end when the courtroom is abandoned and a single take is sustained for several minutes.

Kanu Bahl’s Titli is a surprising thriller set during the small-time crime wars of Delhi. With a layered narrative, Kanu explores the current middle class in all its glory and with all its warts, reveling in uncomfortable truths. As a film, Titli is a dark, powerful, and chilling tale. It’s the tale that lies in the underbellies of our culture.