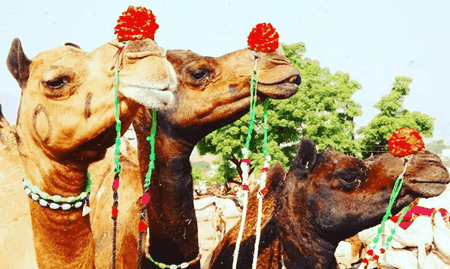 There is a popular phrase in India that says “life is a celebration.” With over a thousand Hindu festivals alone, as well as regional festivals, this isn’t so far from the truth. Indians are very, very good at finding a reason to party and enjoy themselves and it is during these times that people really come together. Here are 10 lesser-known festivals well worth the experience when visiting India.

Where: Maharashtra
When: late August to early September

For 10 days, Hindu’s throughout India put on a birthday bash like no other in honor of the “elephant God,” Lord Ganesh, also known as Ganpati. During this time Ganesh is believed to visit the homes of devotees who purchase huge idols of the god and set up altars in their homes. Visitors pay visits throughout the 10 days and bring gifts (usually modak – a sweet dumpling believed to be Ganesh’s favorite) and offer prayers in return for blessings. The festivals ends on the tenth day, with the idol being immersed in water, usually a local river, signifying Ganesh’s return to his parents. 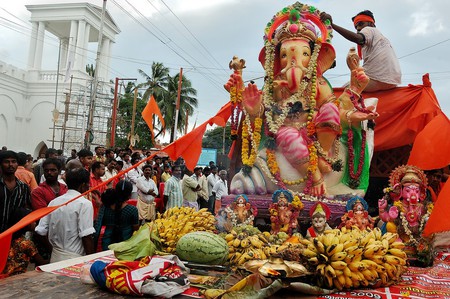 Where: Kolkata, West Bengal
When: Late September to early October

A festival honoring the strength and power of a woman, Durga Puja is one of the best festivals to experience in India. During this nine-day celebration of the Goddess Durga’s victory over a demon, Kolkata is awash with beautiful and colorful rangolis (patterns made from colored rice and flour) and music and dance spills onto the streets of every neighborhood.

Where: Pushkar, Rajasthan
When: Late October to early November

In the days leading up to this annual extravaganza, hundreds of rural farmers from around Rajasthan descend on the tiny village of Pushkar to trade their livestock. “Camel camps” are set up on the outskirts of the village, providing an unmissable opportunity to witness cattle, including camels and horses, decorated and ready to sell. The trading lasts for up to five days and ends in a four-day mela (fair) with fairground rides and various interesting competitions, including the famous “best mustache” competition! 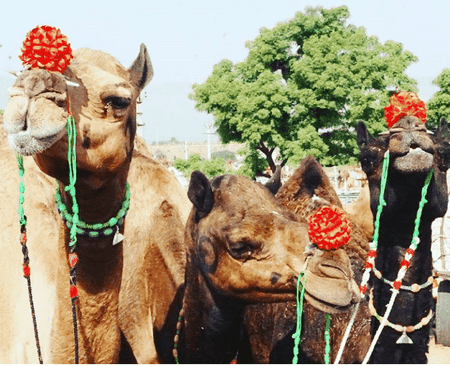 Where: Ahmedabad, Gujarat
When: Usually the second week of January

Peer into the sky in Gujarat’s capital city, Ahmedabad, during January and you’ll see thousands of colorful kites in flight against clear blue skies. Since 1989, some of the world’s most talented kite makers and flyers have been showcasing their unique creations and showing off their impressive skills. The festival marks the end of Winter and the start of Summer in the state. 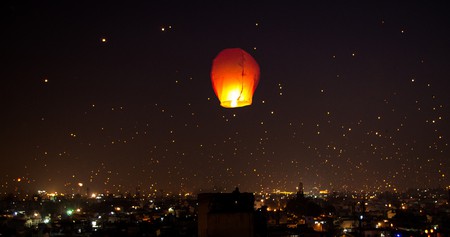 The night sky lit up during Uttarayan | © Bhavishya Goel/Flickr

Where: Kerala
When: Late March to early April

If you’d like to see one of the world’s most regals creatures, the elephant, dressed up better than a king, then this is the festival for you. Actually, you’ll see hundreds of such elephants at Arattupuzha Pooram, one of Kerala’s oldest temple festivals. As many as 23 gods and goddesses are honored during this seven-day state festival, making for a stunning visual and electric atmosphere. 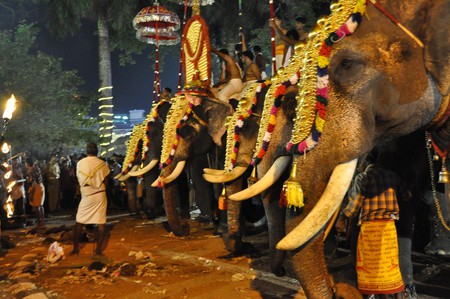 Where: All over India
When: Late-September to early-October

The nine-day festival is a celebration of female divinity, celebrating the three main Hindu goddesses: Durga, Lakshmi, and Saraswati. Depending on where it is celebrated, Navratri takes various forms, with the most popular being in Gujarat, where it erupts into a full-on celebration of dance, song, and drama.

Where: Assam
When: January, April, October

Bihu is the national festival of India’s north-east state of Assam and revolves around the agriculture of the land and the changes of season. It’s celebrated three times in a year in different forms: the Bohag Bihu (Rongali Bihu), the Kati Bihu (Kangali Bihu), and the Magh Bihu (Bhogali Bihu). Bihu a great way to get to know the rich and unique cultural heritage of the Assamese people. 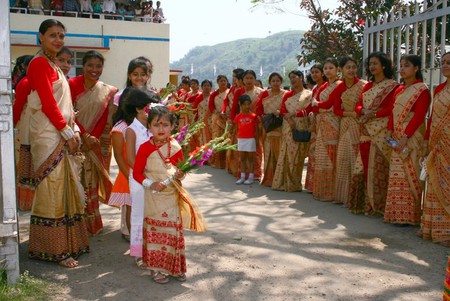 Women of Assam dressed up in local dress | © rajkumar1220/Flickr

Where: Karnataka
When: October

Dussehra is Karnataka’s new year, according to the Hindu calendar. The celebration is short, but very significant, as it symbolizes the victory of good over evil. It is best celebrated with a local family and is a great opportunity to observe traditional rituals and taste some of the best local homemade food.

Where: at the banks of the River Ganges
When: Varies

Those who are able to experience India’s holy Kumbh Mela are lucky, as it only happens four times in 12 years. It is well-known as being the largest gathering of people in the whole world as Hindu pilgrims from far and wide travel to bathe in the holy waters of the Ganges river. The location changes each time and it is a spectacular display of Hindu culture and traditions. 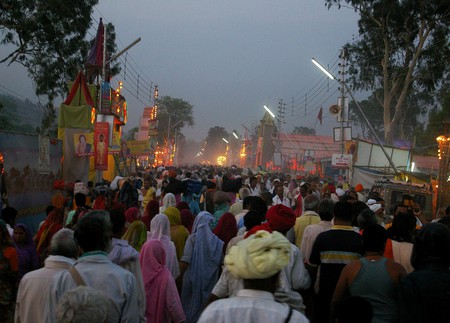 Where: Rajasthan
When: March

This is a festival loved by the women of Rajasthan and quite possibly the most important celebration in the state. Gangaur is all about honoring the goddess Gauri and celebrating love and marriage. Women dress up in their best formal wear and pray for their husbands and future husbands. The best cities to join in the celebration are Jaipur, Udaipur, Jodhpur, Jaisalmer, and Bikaner. 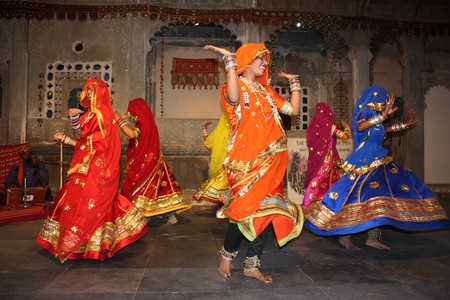