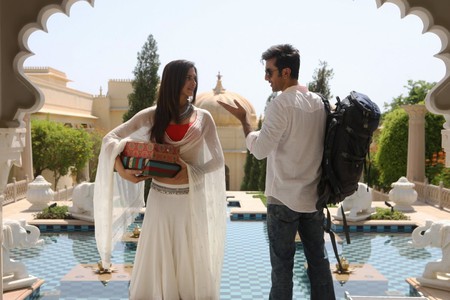 From the tea estates of Darjeeling to the palaces of Udaipur, from the snowy hills of Kashmir to the ghats of Varanasi, Bollywood has always found inspiration in the rich history, culture and natural landscape of some of these amazing destinations. If you’re planning to visit any of these places, you can catch a glimpse of their beauty from the films which have been shot here. Discover the most famous Bollywood locations in India.

The 2001 film Dil Chahta Hai has made the Chapora Fort in Goa so famous that the place is now more commonly known as the ‘Dil Chahta Hai Fort’. Indeed, it’s possible that some tourists may not even know its real name. The Fort lies on top of a steep hill, and the view of the sea from the summit is breathtaking. Before the present structure was built in 1717, the area served as the base camp for Mughal Emperor Akbar when he was fighting a battle against the Portuguese. Chapora Fort is 10 minutes away from Vagator Beach. 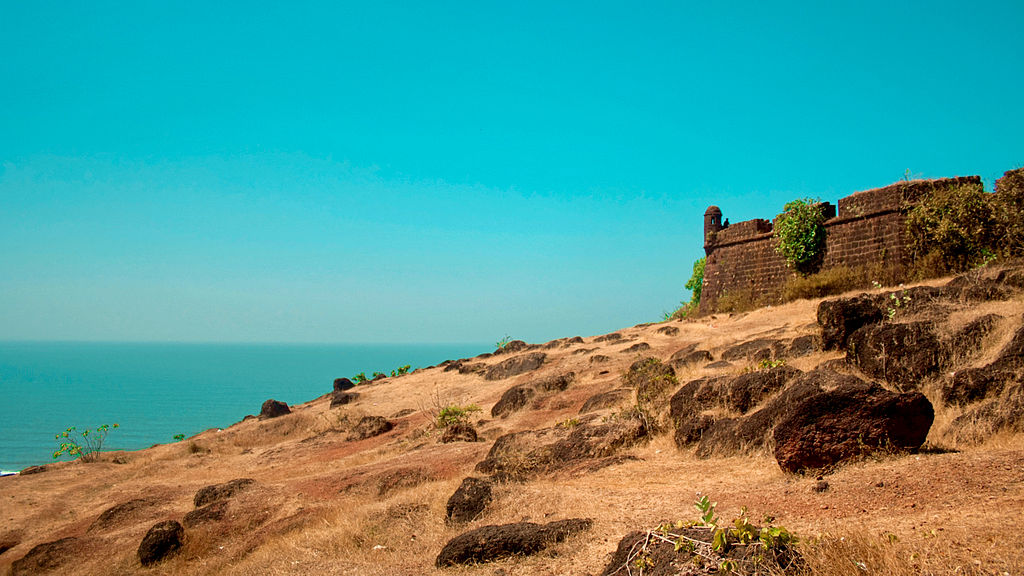 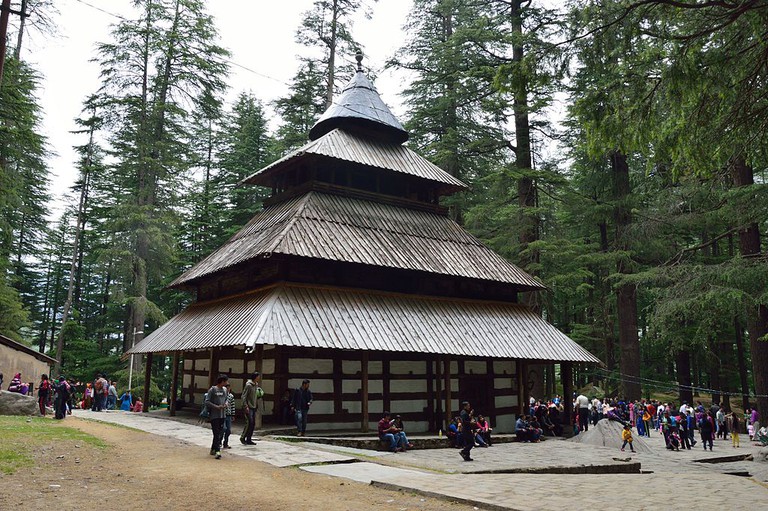 Hadimba Mandir, Himachal Pradesh | © Biswarup Ganguly / WikiCommons
Hidimba Devi Mandir lies in the hill station of Manali in Himachal Pradesh, which is a favourite Bollywood location. The temple is devoted to Hidimba Devi, who is the wife of Bhima, one of the protagonists in the Indian epic Mahabharata. The beautiful structure, nestled amid a thick cedar forest, served as a filming location for the 2013 romantic comedy Yeh Jawaani Hai Deewani as well as the critically acclaimed 1992 drama Roja.
Open In Google Maps
Hadimba Temple Road, Old Manali Manali, Himachal Pradesh, 175131, India
Visit Website
Give us feedback

Shimla has been a favourite with filmmakers ever since the advent of Bollywood. Whether it’s the 1960s romantic movie Love in Simla or recent hits such as Bang Bang and Mai Tera Hero, Shimla, which was once the summer capital of the British Raj, has played the perfect host to Bollywood for years. The endorsement it has received from the film industry has helped boost tourism in the region in a big way. Apart from the pristine landscape, the colonial architecture lends a special character to this town. 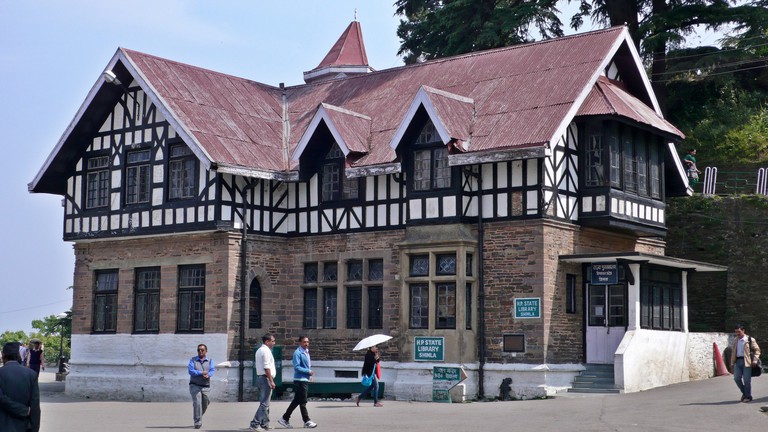 A location that could give Shimla a run for its money is Udaipur in Rajasthan. The 1965 film Guide, which was ranked fourth by Time magazine on its list of Best Bollywood Classics, was filmed in Udaipur. Most recently, Goliyon Ki Raasleela Ram-Leela was shot in the City of Lakes. Even Hollywood hasn’t been able to resist the charm of the royal city of Udaipur. Octopussy and The Best Exotic Marigold Hotel are two of the most famous Hollywood movies that were filmed in the city.

In recent years, Pangong Lake in Ladakh in the state of Jammu and Kashmir has found a lot of admirers within the film fraternity. The fascination for the spectacular location started with Dil Se in1998, but people mostly remember the place for the final scene in the 2009 super hit, 3 Idiots. While on a trip to Ladakh, Pangong Lake should definitely be on the itinerary. The place is so sublime that it’s almost spiritual. 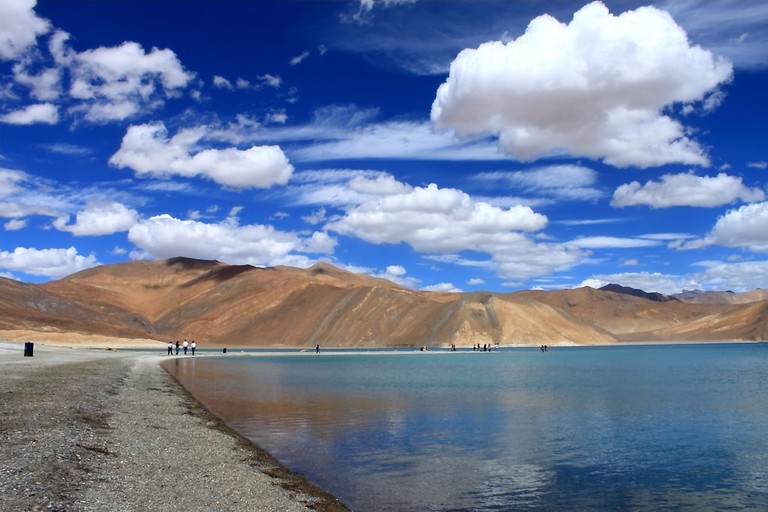 Gulmarg in Kashmir is a popular ski destination. While people flock here for winter sports such as skiing, snowboarding, and tobogganing, Bollywood has used the snowy hills of Gulmarg for filming many of its films. Saat Khoon Maaf, starring Priyanka Chopra and based on a short story by Ruskin Bond, was shot here. There was also a minor controversy when the film Yeh Jawaani Hai Deewani, which was actually filmed in Gulmarg, was passed off as Manali in the movie. 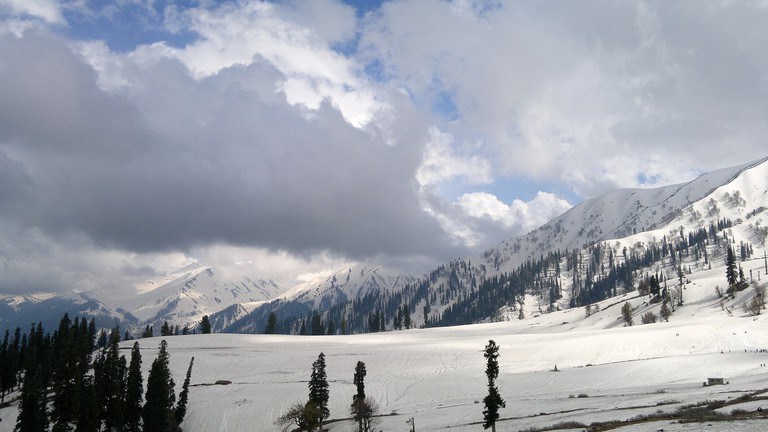 The list of films shot in Darjeeling, West Bengal are endless. Jagga Jasoos, Main Hoon Na and Barfi are the latest films that have featured this lovely little town. Darjeeling was especially popular during the 1960s when over 10 films were shot here during the decade. The lush tea gardens, the snowcapped mountains, the quaint architecture and the warm hospitality of its people make Darjeeling a place you keep wanting to return to. 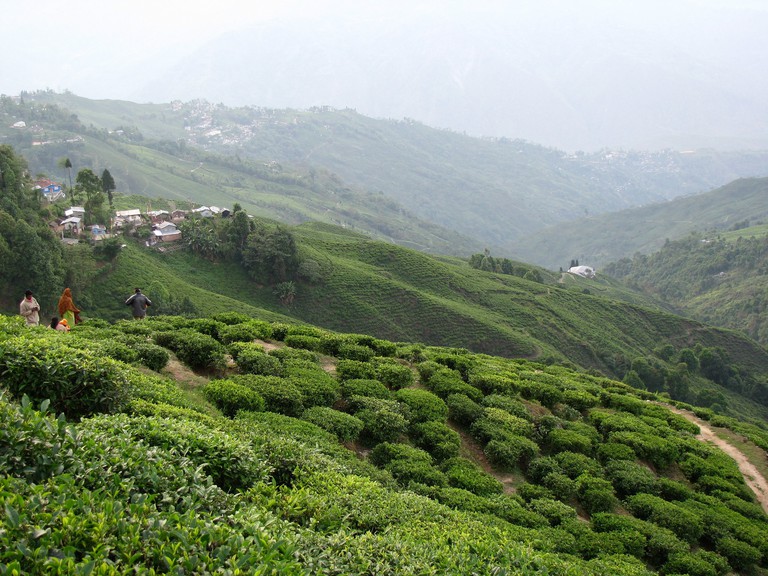 India Gate is a War Memorial dedicated to the Indian soldiers who fought in the British Army during the First World War. The grand structure, therefore, formed an apt location for filming one of the most memorable scenes from Rang De Basanti, a film inspired by India’s freedom fighters. Chak De! India, a patriotic sports film, also features India Gate in one of its scenes. In Bollywood, the War Memorial has become synonymous with patriotic sentiment.

The religious city of Varanasi has also captured the imagination of several filmmakers. Romantic drama Raanjhanaa and the critics’ favourite Masaan were filmed in this ancient locale. The 2005 Deepa Mehta film Water, which revolves around the plight of widows living in an ashram in Varanasi, was forced to move its filming location to Sri Lanka when right-wing groups vandalised the film’s set, claiming it showed the country in a bad light.

Even though the former grandeur of the place has long since vanished, Old Delhi still holds an inescapable magnetism. Bollywood too hasn’t been able to shrug off this appeal and continues to find stories based on the old city. Delhi-6, which released in 2006, is sort of an ode to Chandni Chowk in Old Delhi from director Rakeysh Omprakash Mehra, who grew up in the area. Whether it’s through films or books, the city, previously known as Shahjahanabad, never fails to inspire the creative soul. 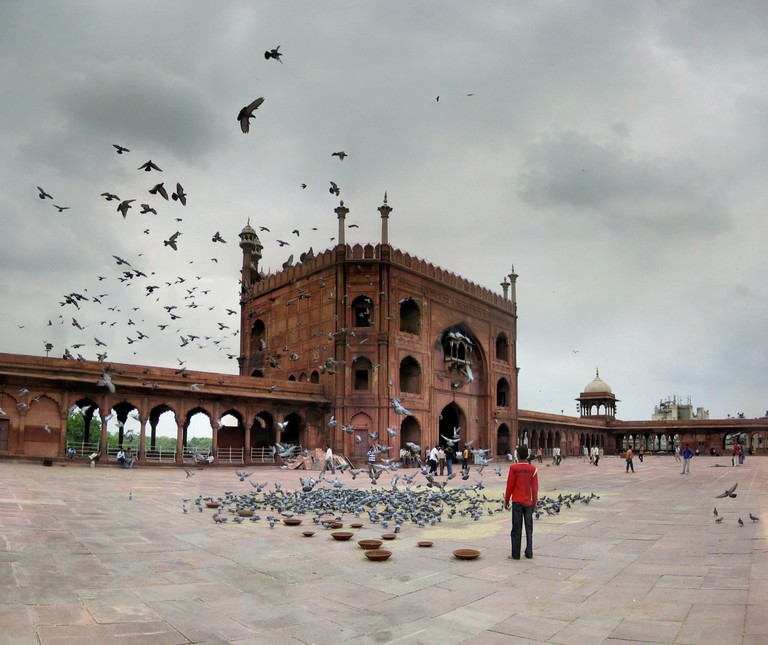