The Visual Dramas of Wong Kar-wai

Part of the Hong Kong Second Wave, the influential group of directors from the late 1980s and 1990s, Wong Kar-wai is one of world cinema’s great modern stylists. His intense visualization of personal dramas stands in stark contrast to the action-driven stereotype of Hong Kong film.

Born in Shanghai in 1958, Wong Kar-wai moved to Hong Kong with his family in 1963. From an early age, he spent much of his time in cinemas absorbing film after film, which Wong has described as a “universal language based on images”. Indeed, Wong’s acclaimed films seem to closely aligned to this vision of film and image. Often sparse in dialogue, Wong’s films are driven by visually rich imagery laden with unspoken feelings. 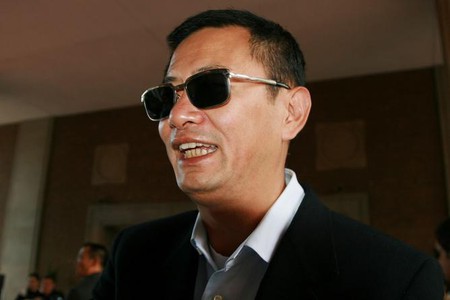 As a Hong Kong director, Wong has developed a distinct mode of filmmaking. Known for working without a script and using improvization to fill in plot elements, he considers the most important step of planning a film is to first imagine the space that the characters inhabit. This “loose” method to planning allows Wong to experiment and adapt whilst creating his scenes, but also means that Wong Kar-wai relies heavily on having a trustworthy team that can quickly pick up on his ideas.

His ongoing partnership with production designer William Chang, who has worked on every one of Wong’s films, is a particular example of a fruitful collaboration. With Chang as his art director, Wong’s debut film As Tears Go By (1988), has been positively compared to Martin Scorsese’s Mean Streets (1973) and was a popular crime melodrama that showed the beginnings of Wong Kar-wai’s often-expressionistic style. 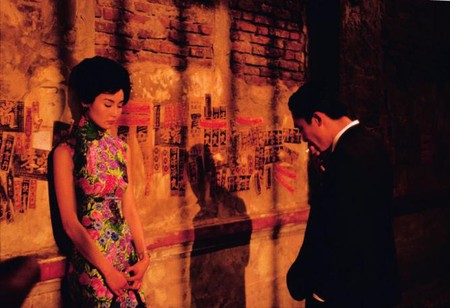 In 1990, Wong made the film Days of Being Wild, during which another key partnership was formed. Christopher Doyle is an Australian cinematographer who works predominately in Asia and worked with Wong Kar-wai from 1990 to 2004. His kinetic style of camerawork imbues scenes with a level of curiosity and movement that fits beautifully with Wong Kar-wai’s emotionally intense work. Days of Being Wild was also the first of Tony Leung’s three appearances as the character Chow Mo-wan, which he reprised for the films In the Mood for Love (2000) and 2046 (2004). In total, Leung has been in seven of the 11 films that Wong has directed.

Wong’s partnerships with Chang and Doyle won much praise in his 1997 film Happy Together. The gritty visual style with heavy shadows filling the scenes reinforce the emotional tension in the film, as viewers are visually caught up in the volatile changes in the central characters’ relationship. Facing the breakdown of their relationship, the two men leave Hong Kong for Argentina to attempt to rekindle their love and find happiness in the exotic setting of Buenos Aires. Happy Together brought Wong his first major international award, winning the Best Director prize at the 1997 Cannes Film Festival.

In 2000, Wong directed In the Mood for Love, one of his most acclaimed films to date, which starred Tony Leung and Maggie Cheung. It is the second part of the informal trilogy that started with Days of Being Wild. Set in 1960s Hong Kong, the film follows a man and woman who discover that their spouses are having an affair. They start to meet secretly to discuss their spouses’ infidelity and, in the process, develop feelings for each other. Combining Wong Kar-wai’s sense of character, William Chang’s attention to detail, and Christopher Doyle’s sweeping tracking shots, it’s a story that really lets the audience understand the minds of characters, who rarely talk openly.

Completing the trilogy that started with Days of Being Wild, 2046 (2004) is one of Wong’s most striking films. It blends a late 1960s setting with futuristic scenes imagined by the central character, a novelist. 2046 refers to both the room he stays in and the year in which his novel is set. The film has been called a “visual masterpiece”; the reds, yellows and greens that dance through the scenes produce a dream-like atmosphere.