The History Of The Cheung Chau Bun Festival In 1 Minute

Photo courtesy of the Hong Kong Tourism Board
Every year, on 5th-9th of the fourth lunar month, people flock to the island of Cheung Chau for a very unique and colorful celebration. It is said that this celebration dates back over 100 years, when the village of Cheung Chau was devastated by a plague in the Qing dynasty.

Although the origins of the festival are unclear it is believed that, at the time of the plague, villagers turned to the gods for help against the pirates and diseases that devastated them. They built an altar in front of the Pak Tai temple in the hopes that the god, Pak Tai, would drive off the evil spirits that had taken hold of their people and land. They would also trawl through the narrow lanes of the village parading a black wooden statue of Pak Tai on a sedan chair to help reduce plagues year after year, as an additional means of bringing more luck to their island. Thankfully, their efforts did not go to waste and the plague finally ended.

As time went on, further processions and rituals were added, including that of the bun scrambling competition. On the last night of the festival, they would have a competition: all the young men who had taken part in the festival would begin to climb 60-foot bamboo towers, covered in buns, and try to collect as many of them as possible. These buns were made from flour, sugar and water and would sometimes include flavors such as red bean, sesame or lotus. They would also have the Chinese character for peace stamped upon them. Buns located at the top of the towers would be worth much more in points, and some men would even clamber inside the tower before bursting through the top to retrieve the crowning bun. 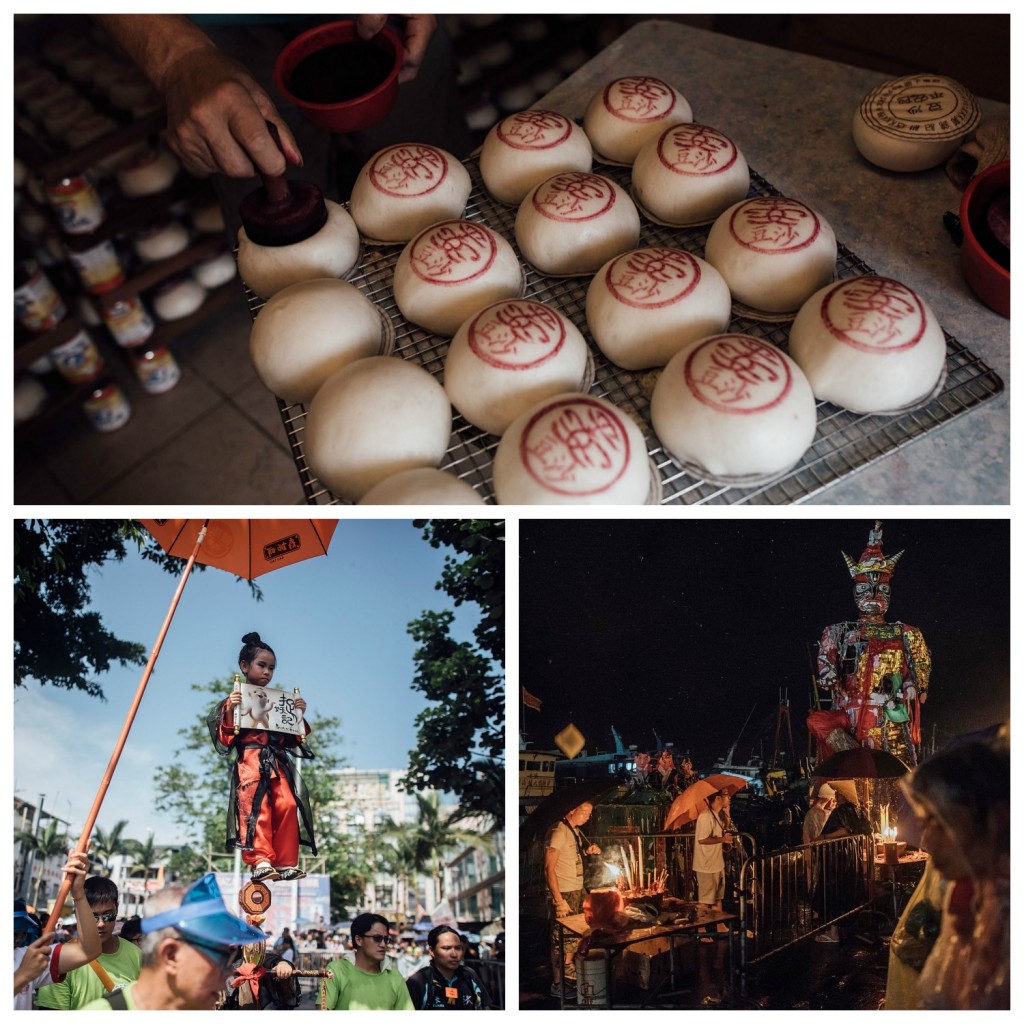 Photos courtesy of the Hong Kong Tourism Board

Although the main processions and traditions remain somewhat similar, having been passed down for generations, there are now a few differences to suit a more modern audience. Partakers in the festival put on a dramatic reenactment of the parade through modernised ceremonial parades. Head along to the celebration and you will see young children, dressed in the guises of traditional deities and modern celebrities, balancing on poles and accompanied by gongs and lion dancers. Additionally, the bun scrambling competition has also changed to suit health and safety standards. Competitors now race up bamboo towers with a metal framework and race to collect as many of the 9,000 lucky plastic buns as they can.