A History Of Traditional Cantonese Opera

© Hans Bernhard (Schnobby)/Wikimedia Commons
Cantonese opera, a traditional theatre of China’s far south, is a distinctive form of drama found in Hong Kong and China’s Guangdong region. Consisting of a blend of operatic traditions from various parts of China, it first arose in the Ming and Qing dynasties and experienced its commercial heyday in the early twentieth century.

Foshan, the Cradle of Cantonese Opera

As early as the Ming dynasty, China’s Guangdong province had a local opera that blended existing theatrical styles, such as yiyang, bangzi, pihuang and kunqu, from other parts of China.

However, with the rise of the Qing in the 18th century, the city of Guangzhou, Guangdong’s capital, welcomed an influx of opera troupes from provinces to the north. These opera troupes were seen as more cultivated, and were patronized by an elite segment of Guangdong society.

As a result, local theatre troupes were pushed out of the city and into the countryside. They eventually settled in Foshan, twelve miles to the west of Guangzhou. It turns out that being forced into the countryside was a blessing in disguise for Cantonese opera – it was there that it developed its identity as entertainment for the common people, readily picking up folk tunes and local expressions and incorporating them into their performances. 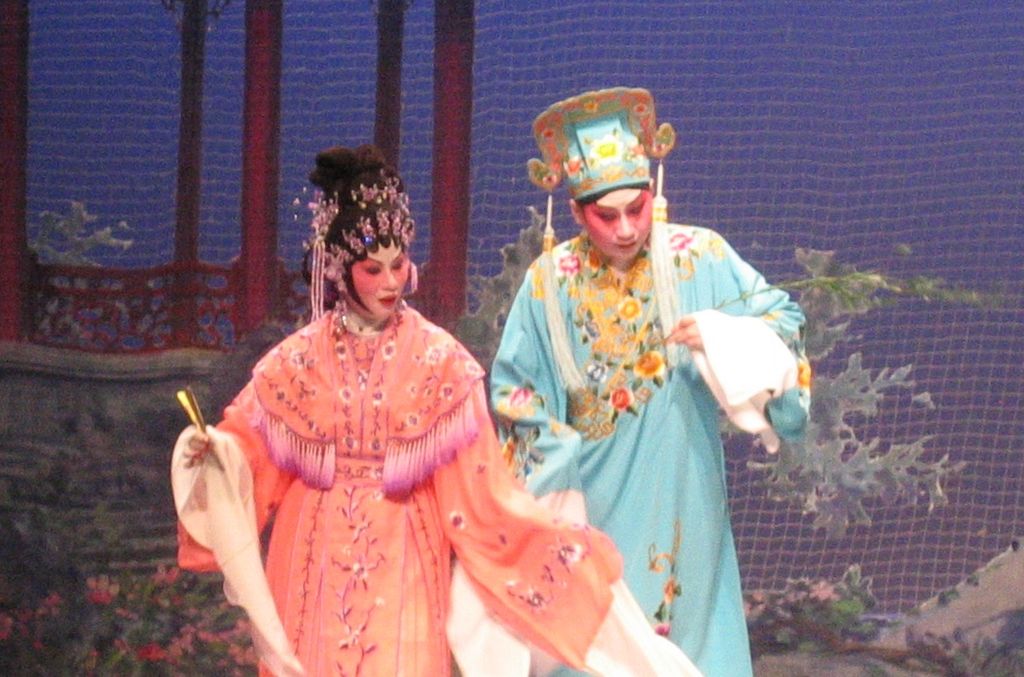 Era of the Red Boat

The local opera troupes flourished thanks to the enthusiastic support of villagers. By the mid-nineteenth century, they were even gaining ground with Guangzhou’s nobility. The latter half of the nineteenth century was called the ‘era of the red boat’, a reference to the flat-bottomed vessels used by opera troupes to travel to scattered rural towns throughout Guangdong, where they performed in temple courtyards and rural markets.

Painted an auspicious crimson, the boats were slightly smaller than junks and carried actors, musicians, stagehands, cooks, and apprentices along with their sets and costumes. It was common for a troupe to hire multiple boats for the duration of a season, traveling along the Pearl River Delta to reach remote audiences across the region.

The Urbanization of Cantonese Opera

The turn of the century marked a significant shift for Cantonese opera, as the locus of activity moved from rural regions to the urban centres of Guangzhou and Hong Kong. The commercial support of city merchants allowed Cantonese opera to blossom on the urban stage. Substantial changes followed as the commercialization of the art form led to the rise of star actors and playwrights, the building of major playhouses, and fierce competition between different opera troupes.

At the same time, many stylistic changes were made. Actors no longer had to perform in falsetto in order to be heard clearly outdoors, so they began to perform in their natural voices, which was deemed pleasant. Stage Mandarin was replaced by local Cantonese, and new technologies like lights, smoke, and stage sounds were employed to dazzle audiences. 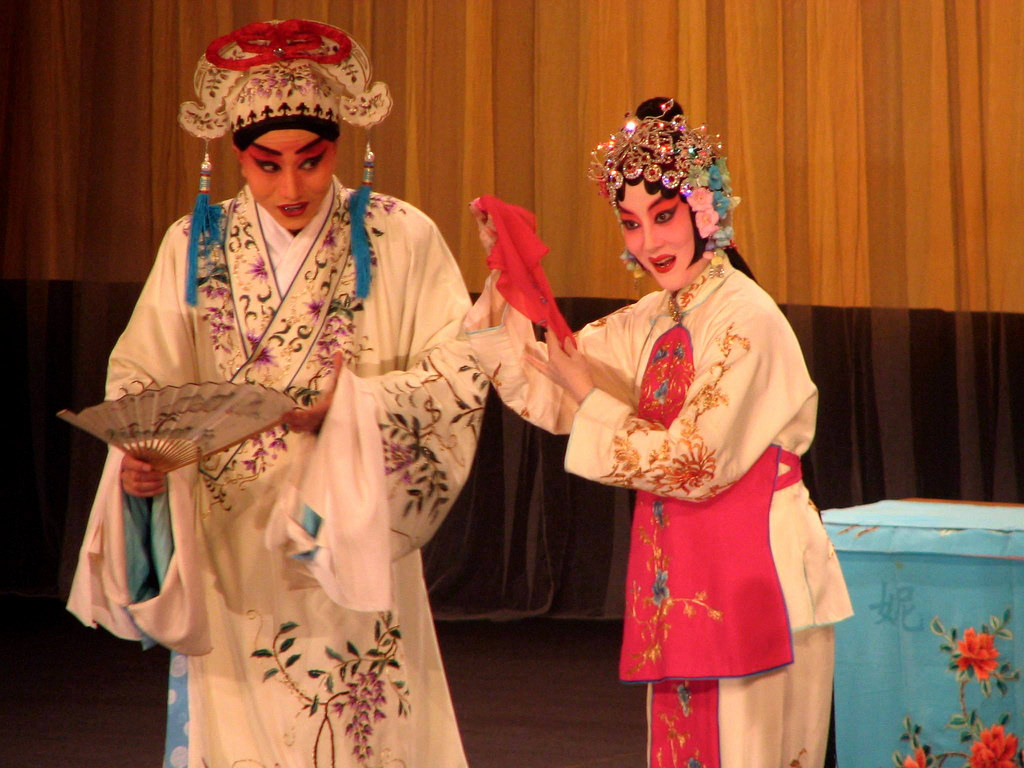 The 1920s were the heyday of Cantonese opera, and for the first time, Cantonese opera actors achieved stardom. Some of the most celebrated performers of this era included Zhu Cibo, who was known for his vocal skill, and Liang Rong, who possessed a talent for stunning onstage acrobatics.

However, by the end of the 1930s, the turmoil caused by the Second Sino-Japanese War and the subsequent market collapse propelled the decline of Cantonese opera. In the 1940s and 1950s, its popularity would briefly resurge in the form of Cantonese opera films. Today, Cantonese opera is still performed and enjoyed in Hong Kong. It is recognized as an indelible part of Hong Kong’s traditional arts and culture.