A Brief History Of Comix Home Base

© brownpau/Flickr
Comix Home Base is an art community and business hub for Hong Kong’s homegrown comics and animation industries. Located in Wan Chai, the center is a collaboration between the Hong Kong Arts Centre (HKAC) and the Urban Renewal Authority. It provides local artists and creative professionals with the ability to connect, collaborate and exhibit their work to the public.

The site comprises a cluster of ten prewar buildings on Mallory Street and Burrows Street. Built in the 1910s, they are four-story tenement buildings that possess an unusual melange of Chinese and European architectural flavors, including Chinese tiled roofs, French doors and ornamental iron balustrades. In the 1920s, the buildings were subdivided into smaller units in order to meet a population boom thanks to the influx of migrants from mainland China. As such, the buildings were a witness and testament to Hong Kong’s transformation from a fishing and agricultural village into a bustling center for business and industry, and are designated as Grade II historic buildings. 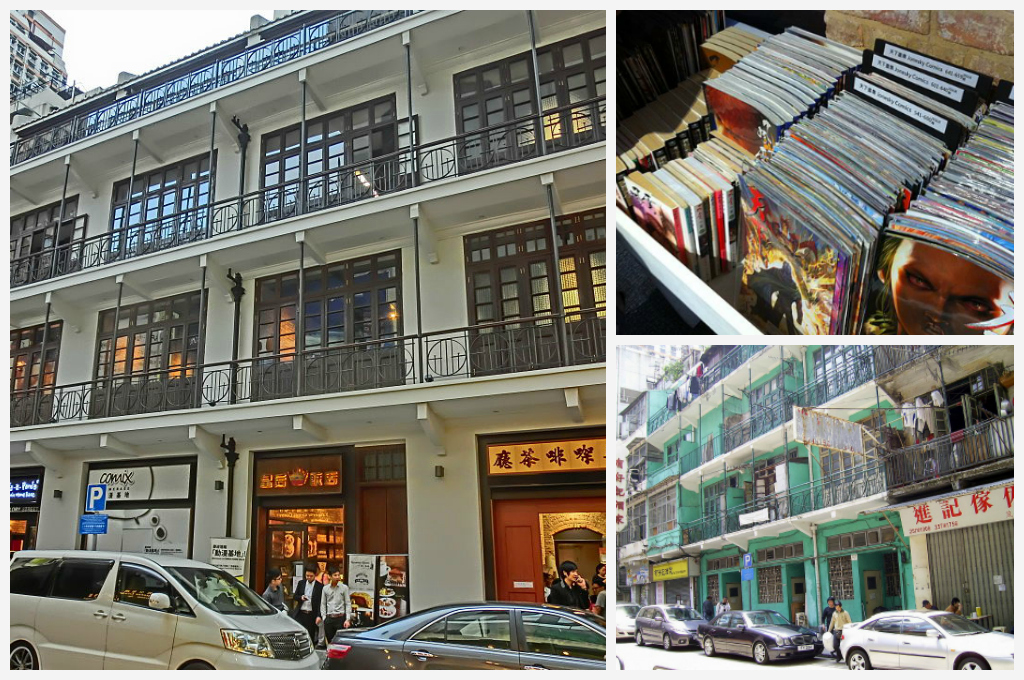 In 2011, the HKAC was awarded a government contract to refurbish and revitalize the historic buildings. Comix Home Base opened in 2013, equipped with artist studios, retail and exhibition spaces and a comics library. The neighborhood of Wan Chai was deemed fitting for the project, as it is considered the cradle of Hong Kong’s comics industry – in addition to being famous for its comic book stores, it was also the childhood home of comic artist luminaries such as Tony Wong Yuk-long and Seung-gun Siu-bo.

In 2016, Comix Home Base celebrated its third anniversary with a barrage of exhibitions, screenings and activities lasting from July to September 2016. The original scripts of over 50 Hong Kong comics artists were featured, and activities such as live drawings and autograph sessions were held to promote both independent and mainstream talent.

Since its inception, Comix Home Base has been an important facet of the Hong Kong’s arts community, incubating and fostering local talent and forging a new era of Hong Kong comics and animation.