5 Things To See And Do During The Mid-Autumn Festival

The Mid-Autumn Festival is the most important Chinese holiday after Chinese New Year. In Hong Kong, this holiday (which on falls September 15th this year) is marked by lantern displays, traditional dragon dances, and the consumption of mooncake. Read on to find about the carnivals and performances taking place across Hong Kong.

Originally a harvest ritual, the Mid-Autumn Festival has been celebrated since the early Shang Dynasty (1600-1046 BC). In the past, Chinese families would make offerings of wine and mooncakes to the heavens, expressing gratitude for the year’s harvest. The festival is associated with the full moon, which appears larger and rounder during this time of year due to its orbit around the Earth. 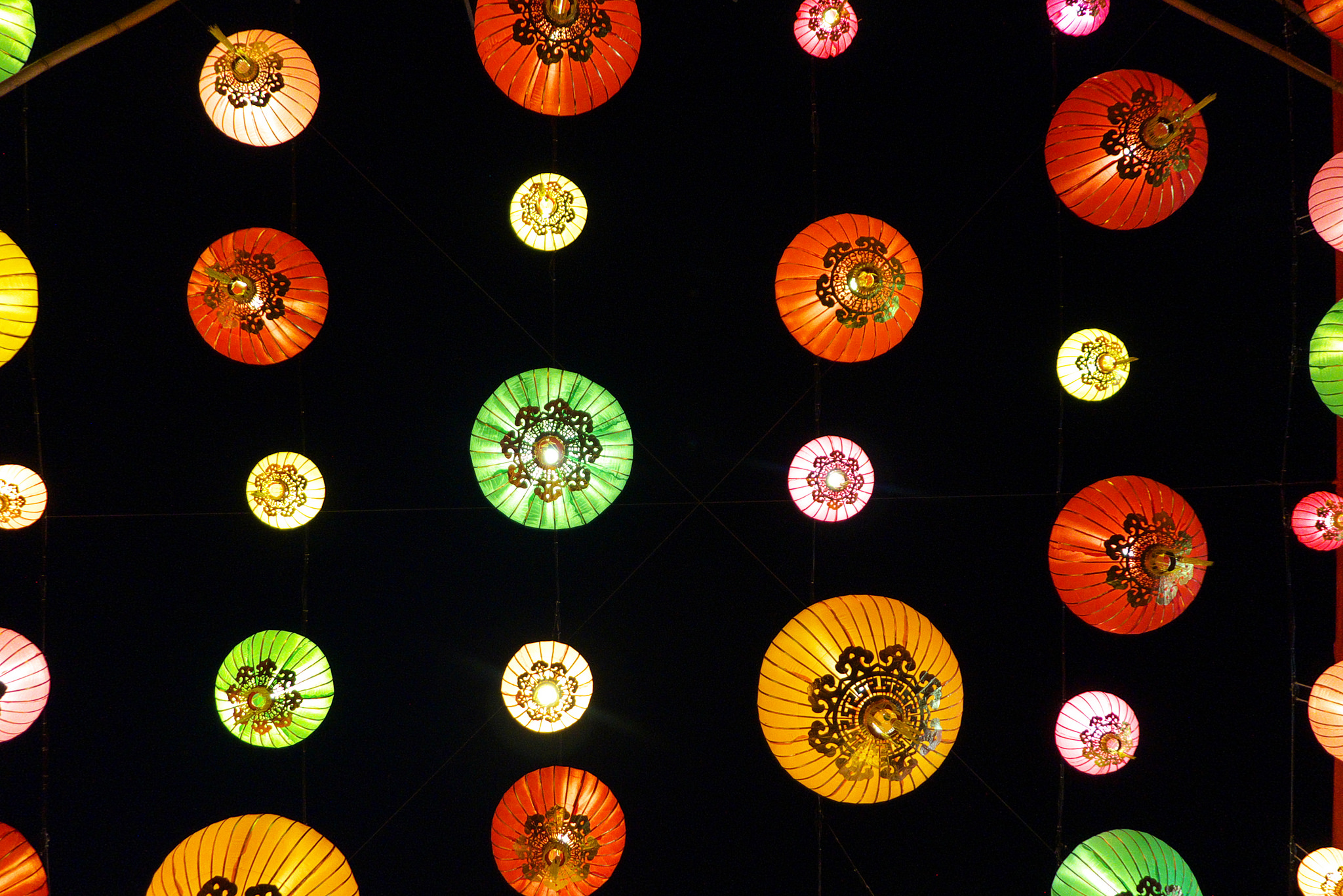 As the movement of the moon was observed to be closely related to seasonal harvests in ancient times, the festival also commemorates the moon goddess Chang’e. According to legend, Chang’e was once a mortal woman who swallowed an elixir of immortality which caused her to fly up to the moon. She is also said to be accompanied by a jade rabbit, whose silhouette can be spotted on the surface of the moon.

In Hong Kong, festivities run for close to a week, and the day after the festival (September 16th) is a public holiday. Here’s what you should see, do and eat as the celebrations unfold.

Go to a Lantern Carnival 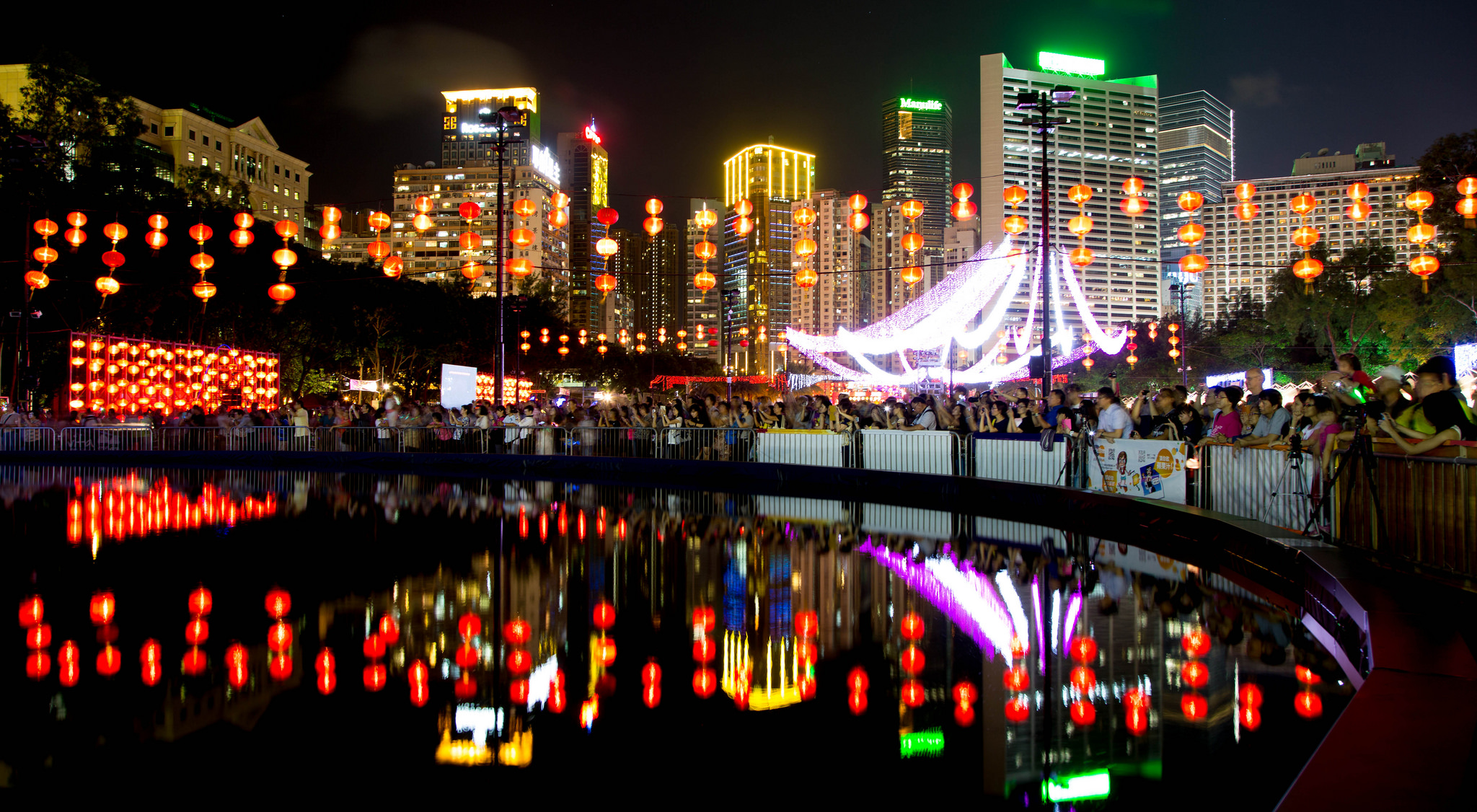 Celebrations on the 16th, dubbed ‘Youth Night’, will feature performances by youngsters, such as junior orchestras and dance groups.

What’s more, an exhibition on lantern craftsmanship will be held from the 14th through to the 18th. Be sure not to miss the Tai Hang Fire Dragon Dance as it roars through the park (more details below).

Lastly, for those who live far away, two other festivals will be held in the New Territories. One takes place at Tin Shui Wai Park & Ginza Square on September 16th and 17th, and the other is at Tai Po Waterfront Park on September 17th and 18th.

Made of lotus seed paste and salted duck egg yolk, this traditional pastry is sold and eaten by the bushel during the Mid-Autumn Festival.

As the festival approaches you’ll be bound to see them in every shop and bakery around town, as well as in hotel kitchens and restaurant tea specials. Local bakeries like Kee Wah, Taipan, Wing Wah and more are all good bets. 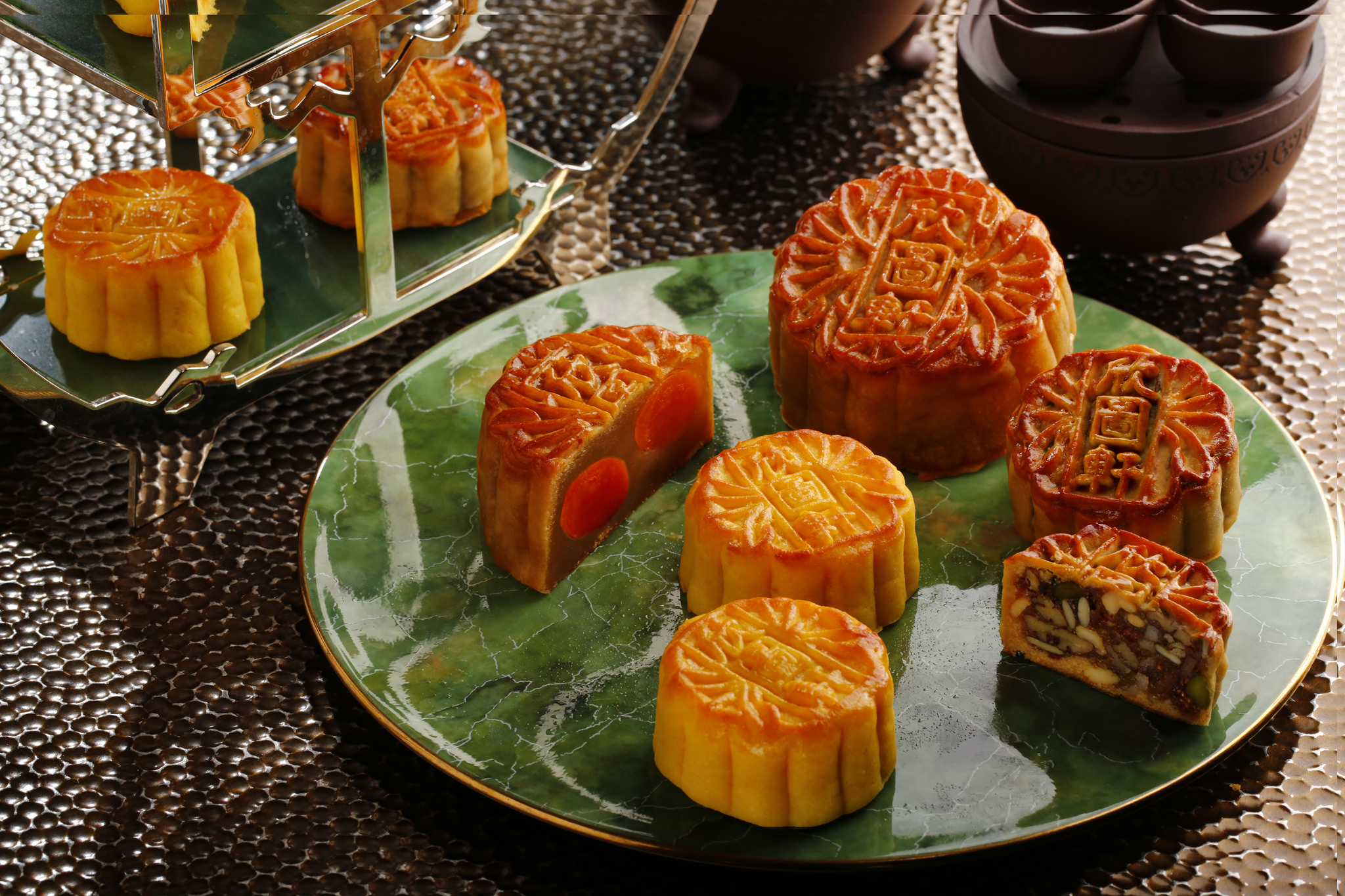 A selection of mooncakes |InterContinental Hong Kong/CC BY 2.0/Flickr

Maxim’s, one of the biggest mooncake manufacturers, is holding a mooncake pop-up store in celebration of the brand’s 60th anniversary. Open from August 13th to September 16th at Fashion Walk in Causeway Bay, it features mooncake giveaways, a DIY mooncake soap workshop and classic Hong Kong snacks like curry puffs and chicken pot pie pastries.

However, the mooncake’s heavy flavor and high calorie count isn’t for everyone. In recent years, shops have been competing with each other to come up with new twists and variations on the traditional recipe. In particular, Häagen-Dazs’ ice cream mooncakes are immensely popular with locals, so be sure to stop by!

The Tai Hang Fire Dragon Dance in Causeway Bay is one of the most spectacular events of the season. According to a local legend, the villagers of Tai Hang (an area of Causeway Bay) staved off a plague with a three-day dragon dance in the late 19th century. After a typhoon ravaged the village on the eve of the Mid-Autumn Festival, fortune tellers warned that a fire dance had to be staged for three days and three nights under the full moon, or else a plague would befall the village. 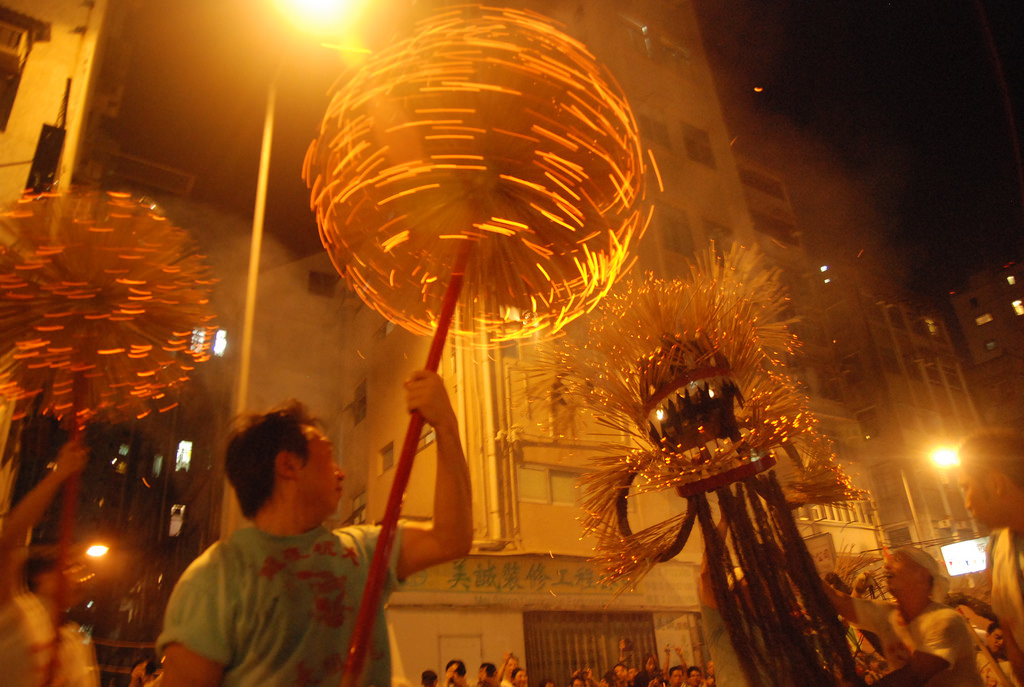 The tradition of the three-day dragon dance survives to this day. On September 14th, 15th and 16th, a 67-metre long dragon made of straw and incense sticks will be paraded through Lily Street, Ormsby Street and Tung Lo Wan Road. The dance reaches the height of its frenzy on the night of the Mid-Autumn Festival on the 15th, when the fiery dragon’s route is extended through Victoria Park.

Incorporating 300 performers and 72,000 incense sticks and accompanied by drums and firecrackers, it’s truly a sight to behold. According to event organizers, Wun Sha Street offers the best vantage point from which to see the parade. Catch a snippet here:

If the word ‘lantern display’ makes you think of small devices with candles or electric fixtures inside, you’d be wrong! Hong Kong’s lantern exhibitions consist of massive and vibrantly-colored sculptures lit from within. They’re extremely beautiful and artistic.

Set up by the Leisure and Cultural Services Department, this year’s exhibition, Fly Me to the Moon, will take place outside the Hong Kong Space Museum next to the Tsim Sha Stsui waterfront. The lanterns will be lit up every evening during the exhibition, which will run from September 2nd through to the 25th.

Additionally, a second Lantern Display will be held at the Tai Po Waterfront Park from September 14th-18th.

Moon-gaze from a beach or park

Not a fan of crowds? You’re not the only one. Many people in Hong Kong use the Mid-Autumn Festival as a chance to spend some low-key time with small groups of family and friends. Feel free to opt out of the more raucous festivities; instead, spread out a blanket on a beach or park for a late-night picnic as you gaze up at the full moon. 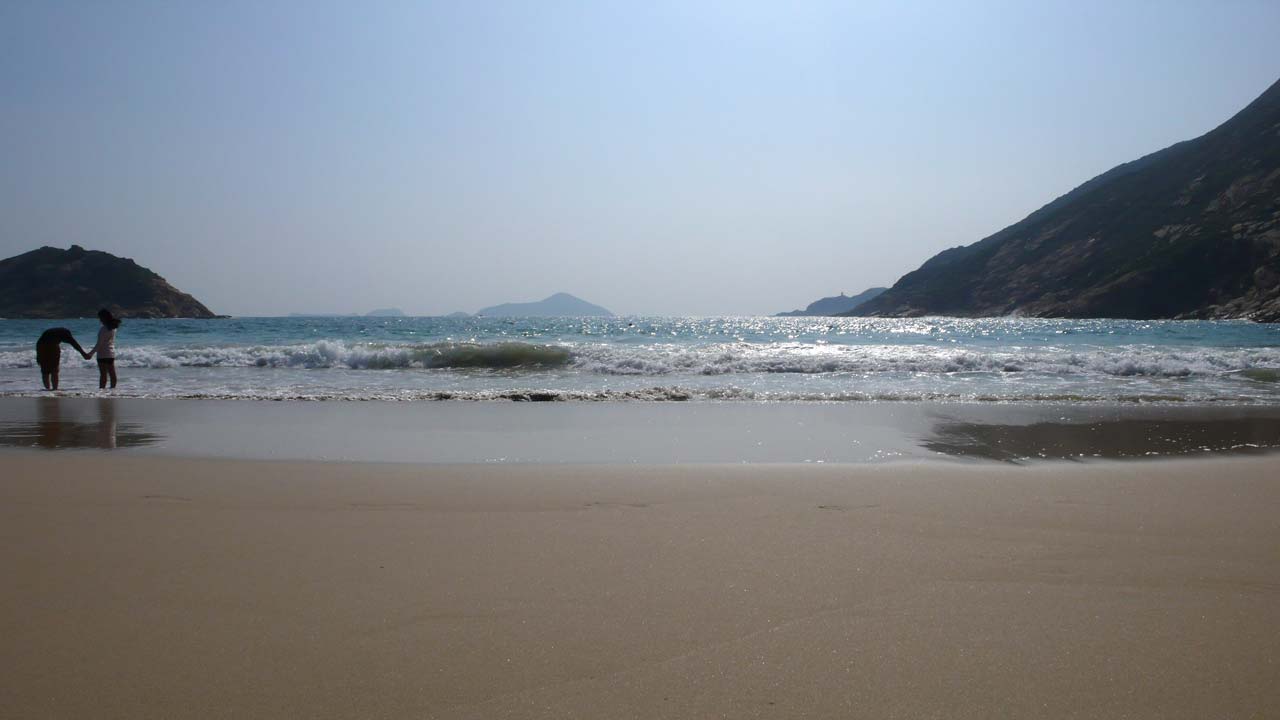 A Year in Hong Kong in 10 Festivals

A History Of The Mid-Autumn Festival In 1 Minute

A Year in Beijing in 16 Festivals

How Does China Celebrate Mid-Autumn Festival?

8 Autumn Festivals to Celebrate in Japan

15 Chinese Festivals To Celebrate This Year

The Easiest Hiking Trails for Beginners in Hong Kong

The Best Things To Do in Hong Kong