The tumultuous history of East Timor has affected cultural production in the country profoundly and nowhere is this more evident than in the distinctive street art and graffiti produced by East Timorese artists. Chris Parkinson spent four years documenting this art, and its representation of the changing political context, the result of which was the book Peace of Wall – Street Art From East Timor. 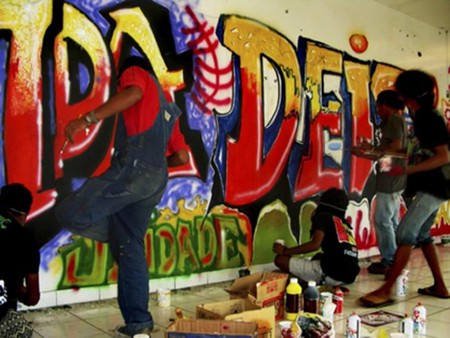 Explain to us how the Peace of Wall project got started and what drew you towards East Timor originally.

What was happening on East Timor’s walls was compelling. I really felt it to be historically and creatively fascinating. I had been back and forth from Australia since 2001, teaching English in schools in a district called Ainaro. I finished my studies and returned in 2004 on a volunteer program run through the Australian Government. I was captivated and stayed for the next four years. I really began recognizing the narrative that crept upon the surfaces of the country when I first landed. 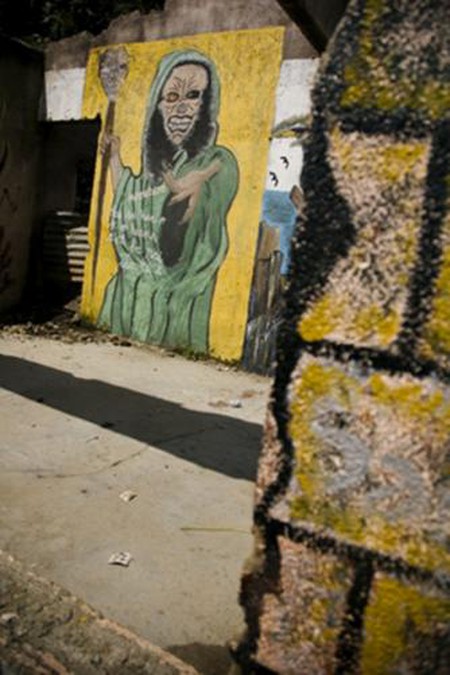 At the time I was working in film with a gentleman named Max Stahl. Max had established an audiovisual archive centre in the country. He was responsible for the international lens placed upon the conflict between East Timor and Indonesia in 1993/1994.

We were working with up to fifty Timorese students across various video roles, producing films on health, nationhood, the environment and so on. It was through the pursuit of all these other stories that the street art dragged my eyes back to the walls. In the milieu of a nation crawling back from oppression it had an honesty and urgency that was puzzling and profound. It wasn’t an interpersonal communication, peeling back the layers of time. It was far more abrasive and earnest. It was a riddle; an intriguing convergence of the past, the present and the future. I began photographing everything, trawling streets and poring over content and context. And then I moved to Melbourne in 2008 and met Martin Hughes and he published the collection as Peace of Wall: Street Art from East Timor. And it’s a juggernaut that continues to this day in various guises. 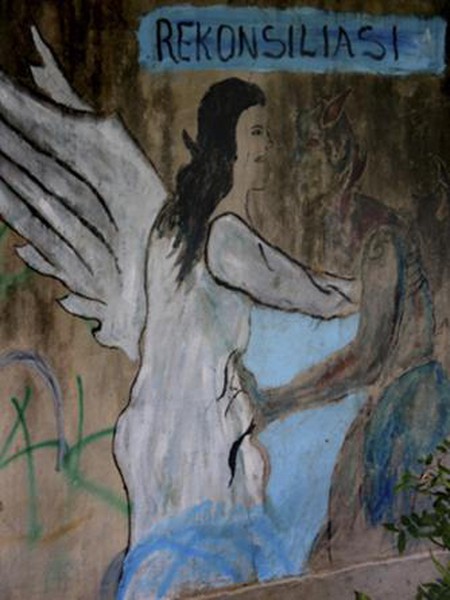 I think it’s very reactive. I had a wonderful conversation with my friend Mely Dias, a Timorese artist gaining greater prominence for his art and creativity. ‘The problems arise,’ he says ‘when everything is quiet; when you’ve got to keep your room tidy, when you’ve got to maintain a routine blah blah blah. But art’s about being loud. It’s about conflict. It’s about responding, and if you’re quiet, no one hears your response, and to make difference, everybody’s got to hear your response.’ The street art in East Timor is the beautiful poignancy of responsive mark making, and that’s the noise that Mely refers to; the need to yell and contest; the inherent urgency in the quest and staked claim of identity.

Timorese artists are not looking to the world for the next big thing. They’re looking right into the reservoirs of their stories, their histories, experiences and the challenges and injustices of their existence. And what gets created then is a dialogue that goes beyond the intricate sub-cultural communication of graffiti or street art that can sometimes be so insular. It becomes something even more poignant for the people in the country. In ways, it becomes their alternative and free daily news.

I think its movement through East Timor’s history encapsulates the complexity and drama of the country’s quest for independence. It’s gone from furtive messaging during the resistance, pleas in prisons throughout the occupation, popular Indonesian cultural references in the narrow time between occupation and independence, to being flamboyant, artistic, critical, engaged, peaceful and very, very hopeful. 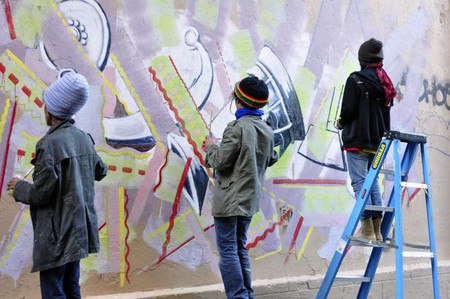 It’s a scene that keeps re-asserting itself as a marker of identity and continues to splash positive representations and messages around the country that critique, conflict and absolutely collide with the politics of the day. Socially, artists continue to challenge representations of the country’s history and contemporary culture. The artists are continuously defying the norm and offering breadth to the understanding of the social and human condition in the country. 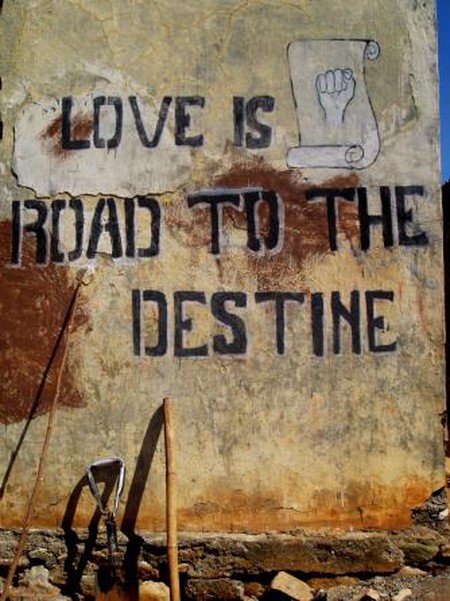 How has the contemporary cultural output of East Timor developed since independence? Are there any other cultural movements, alongside street art, which are giving new expression to people in the country?

Cultural expression – the whole idea of culture – in East Timor is richly layered, practiced, promoted and resides in people. The tools of transmitting that culture – indeed the aesthetic outcomes – compete with a number of development agendas. I think the contemporary cultural output of East Timor is totally flouting the expectations of what one might expect from a country that is merely 11 years in its independence.

Textiles, ceremony, music, dance, theatre, visual art, photography – all these things and more are in practice and are being nurtured. There is a difference between nurture and support, however, and I think the country finds itself in a difficult position as it contends with severely depressing realities, commitments to Millennium Development Goals, high levels of gender based violence and so on. And, of course, bound with these issues are vastly disparate ideas on cultural norms and practice. I think the culture industries are yet to capture the imagination of a leadership concerned with a different framework of what constitutes development, but I think the time will come. 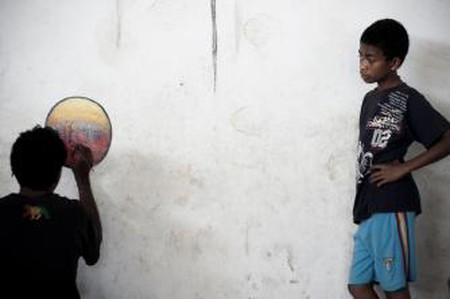 The Street Art in East Timor seems to channel a lot of cultural and tradition motifs, how does the scene relate to traditional culture, and engage with other forms of expression?

I think that street art in East Timor is a channel for an active generation – a generation who is desperate to be heard amidst the din of a legacy of resistance – to transmit hopes and dreams of a future they can help shape. And they absolutely reference the past and tradition in order to give that voice authenticity and acknowledge their history. A beautiful manifestation of this is the way that, through art, artists are bringing the role of women back into the social consciousness, for example. Through cultural representations of gender motifs, they are painting women back into a picture that has been exclusively male-centric. 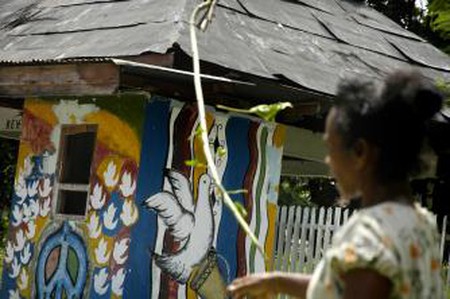 What is the future for the Street Art scene in East Timor? Your book has given the scene an international identity; do you see any of the artists moving into galleries at any point?

A number of artists are building international careers; Tony Amaral recently sold out an art show in Sydney; Ego Lemos, a contemporary musician, is more famous overseas than he is in East Timor; Mely Fernandes, Etson Caminha and Osme Goncalves are writing and performing theatre on international stages; Abe Baretto Soares continues to write in East Timor and beyond and Maria Madeira continues to push her art across the globe – there are a list of highly talented East Timorese leaving their mark internationally. 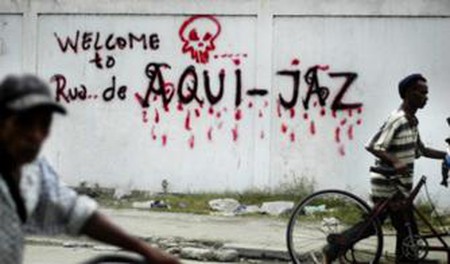 When it comes to street art, however, I really think we are just witnessing the beginning of something amazing and poignant. The artists involved in taking the lead, at this point of time, are hugely driven, passionate and inspired. They are always thinking and, with humility, understand their role as advocates for peace and harmony in the country.

Our contemporary western view of street art is defined by a complex system of aesthetics, politics, rebellion, anti-authority, expression and, to some degree, freedom. In East Timor, this idea is completely thrown on its head. Through achieving a sense of agency after 400 years of Portuguese colonialism and then 24 years of Indonesian occupation, freedom has manifested itself in the most simplistic declarations of self, voice and existence. Street art is one voice for the voiceless to use. It’s place making, it’s identity forming and it’s communication – in so many various ways – that is accessible by all. It’s an art form that is at the intersection of expression, rehabilitation and community building. 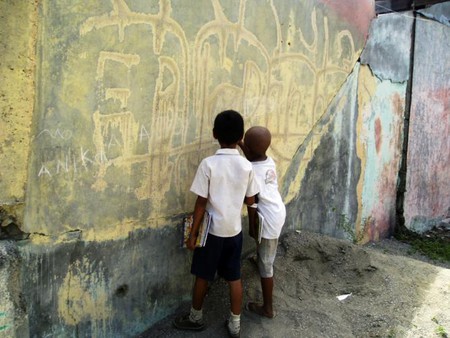 Tell us about your current street art mentoring project in Melbourne and any future projects you have coming up.

Iliwatu Danebere and Gil Valentim, the director of Arte Moris (East Timor’s Free Art School) and a senior student respectively, were just in Melbourne in a two-fold manner. Firstly they participated in a program called SIGNAL 37 a two-week intensive art workhouse for young people; my dear friend Amanda Haskard created a platform that gave Ili and Gil an opportunity to represent in Melbourne and that’s exactly what they did. Young Australians are now learning a new narrative on East Timor. This exposure is important. You ask a number of East Timorese advocates and artists and they’re tired of the ‘poor East Timor a nation of conflict’ tag. They want to show an international audience what else the country has to offer and want to share a new story of resilience and development, with art as a cornerstone of transmitting this. 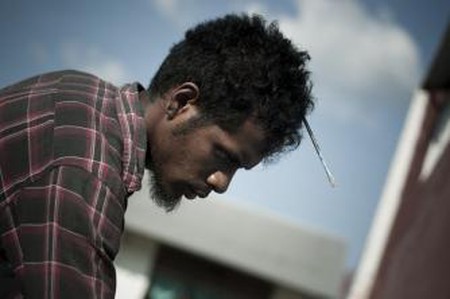 Secondly, their visit was part of a large project myself, Martin Hughes – publisher at Affirm Press – Arte Moris and a film maker named Chris Phillips are working on called Myths and Murals. We are distributing 4,000 copies of a children’s book based on the country’s key creation myth of a crocodile (it is said that East Timor was born from a crocodile) that has been published in both English and Tetun. These 4,000 books are being distributed to schools and libraries around the country. Myths and Murals taps into this central myth, in addition to each of the cultural myths from the thirteen districts across the country. We are travelling the country, conducting workshops and sharing regional cultural stories, then working with communities to paint large murals in public spaces based on these stories in all of the thirteen districts of the country. We’re trying to bring literacy and art into a dynamic space that can be shared and understood by as many people as possible, whether they read or write or not.

The quite powerful links to be made between literacy and street art really are celebrating story and engaging East Timorese across generations in fostering a sense of community through art.

We are hoping to bring in a couple of international artists, also, to collaborate with East Timor’s finest artists on revitalizing a house that has remained destroyed since Indonesia’s scorched earth withdrawal from the country in 1999. We want, also, to secure a vehicle that will become a mobile reading and painting facility as well as to provide an interesting tourist experience. Stay tuned.

To find out more about Chris and Street Art in East Timor visit: peaceofwall.blogspot.co.uk/.