Why Are Exam Tutors Celebrities in Hong Kong?

The pressure on students to achieve high grades has turned Hong Kong’s top after-school tutors into celebrities, some earning millions of dollars.

In Hong Kong, where pressure to perform well in exams is perhaps more intense than anywhere, parents pay for their children to take after-school tutorial ‘cramming’ classes and it’s a huge business. The desire to achieve the very best exam results has resulted in a handful of top tutors carving out mul­ti­million-dollar fortunes. In 2015, YY Lam, a then 28-year-old Chinese language teacher, was offered a staggering annual HK$85m ($11m) pay package by one of the city’s top private tuition centres.

Parents often push their children to take after-school ‘cramming classes’ for fear they might otherwise fail life-defining university entrance exams. Such is the demand for these cramming classes that some of the top tutors have become local celebrities. It’s not uncommon in Hong Kong to see ‘celebrity tutors’ striking glamorous poses in posters in shopping malls and on the sides of buses. The money, fame and trappings of celebrity lifestyle have all become part of the job. 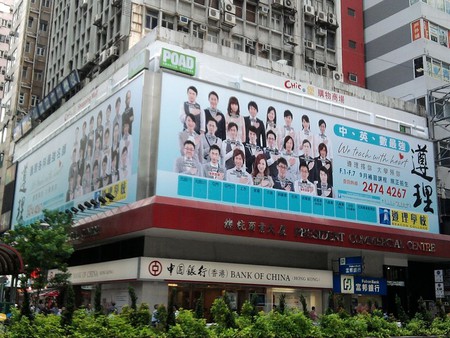 YY Lam, one of the best known and best paid celebrity tutors, drives a $190,000 Audi sports car and has even starred in a YouTube pop video that has been viewed more than 1.5 million times. He often has to limit public appearances to avoid being mobbed by fans.

The city’s top cramming centres, like Modern Education and Beacon College, compete for business by turning their tutors into celebrities, plastering their names and faces on the city’s buses, metro stations and billboards. Classes are extremely popular. YY Lam teaches more than 10,000 students, with most of them attending live video broadcasts of classes.

While the job can be lucrative and, in many cases, offer local fame, the hours are long with a lot of pressure and competition. As YY Lam told the Financial Times: ‘In this industry, if you make one mistake, or your passion fades, the students will feel it and there will be an instant drop. That’s why I say it’s a high-pressure business.’