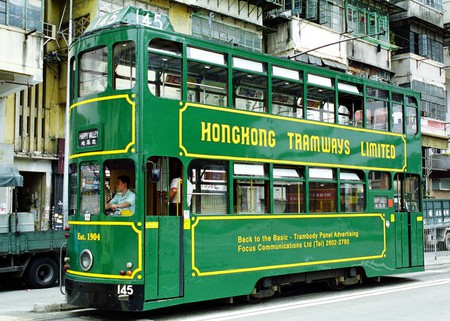 Not only is it one of the most affordable, convenient and greenest public transport modes in Hong Kong, a ride on the iconic tram, or ‘ding ding’, is undoubtedly the most leisurely and enjoyable way to see the city.

Nicknamed ‘ding ding’ by locals – in reference to the double-bell ring used to notify pedestrians of their approach – Hong Kong’s much-loved double-deck trams have become an icon of the city. As well as being the most affordable and environmentally friendly way to travel around Hong Kong Island, you can also book a tram sightseeing tour – one of the best ways to explore Hong Kong up close. 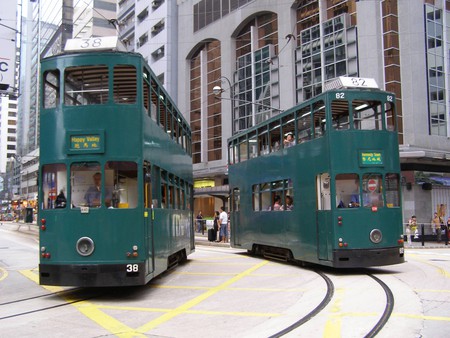 Over a century of the Hong Kong Tram

One of the earliest forms of transport in the city, Hong Kong’s tramway began operation in 1904 with its first fleet of 26 single-deck trams that ran from Kennedy Town on the western side of Hong Kong Island to Causeway Bay. The track was later extended to Shau Kei Wan on the eastern side of the island, which remains the other depot to this day.

With Hong Kong a British colony at the time, the company behind Hong Kong’s tramway was established in England, and they also built and operated the system. The first tramcars were single-deck but were replaced by double-decker tramcars in 1912 due to strong passenger demand. The original double-deck tramcars had an open-top deck until the mid 1920s, when trams with a fully enclosed upper deck were introduced – a style that has remained to this day. 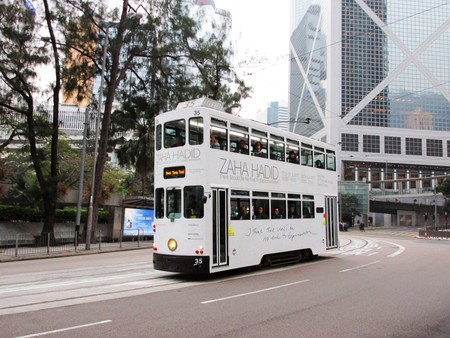 By the 1950s, a lot of cities in the world replaced their tram networks with cars and buses before regretting it and later reinstating them. Hong Kong is very lucky to still have the older (original) tram.

Today, Hong Kong Tramways operates a fleet of 164 tramcars – making it the world’s largest double-deck tram fleet still in operation. The trams carry some 200,000 passengers daily between the east and west along the north coast of Hong Kong Island on a total of 30km (19 mi) of track. Having been in operation for more than a century, the trams have witnessed the development of Hong Kong and are beloved by locals as part of the city’s living heritage.

Get around Hong Kong by tram

To ride on a tram across Hong Kong Island is one of the top things to do in the city and undoubtedly one of the best ways to explore it. Trams run along some of the most interesting and historic parts of Hong Kong. They travel at a relatively low speed, so you have time to take in the views. There’s the historical area in Sheung Wan, the business district in Central, the commercial centre in Causeway Bay and the less eye-catching parts of the east of Hong Kong Island. By taking the tram, you get to see all different sides of Hong Kong.

An entire journey from the Kennedy Town depot to the Shau Kei Wan depot is 13km (8 mi) and takes around 90-100 mins. Trams can reach maximum speeds of 45kph (28 mph), but on average they move at no more than 10kph (6 mph). It’s a leisurely ride, but it’s designed that way and is ideal for getting a closer look at the real Hong Kong – from its bustling streets, to its iconic skyscrapers and myriad attractions. 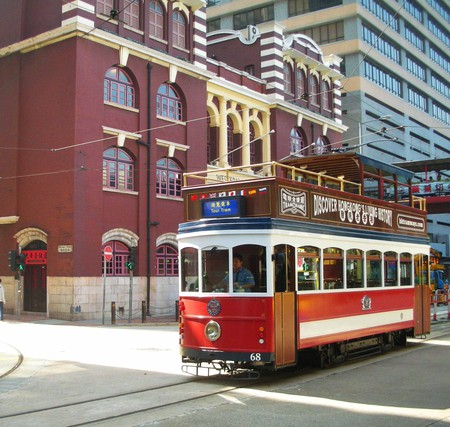 In total there are 120 trams stops. On average, stops are situated 250 metres (820 feet) from one another, making it easy to hop on and off wherever you wish. This also enables you to get closer to your destination and – unlike other forms of transport – there’s no need to scale long flights of stairs or underground passageways.

What’s more, as they run on electricity, trams are the city’s most environmentally friendly modes of transport. They are affordable, too. Regardless of the distance you travel, fares on the tram are uniform. Currently, it’s HK$2.60 for adults, HK$1.30 for children, and HK$1.20 for senior citizens. No other mode of public transport can get you from one end of Hong Kong Island to the other for less than HK$3.

Good news is you can hop aboard a unique 1920s-style tram for a one-hour sightseeing journey that takes you through the heart of Hong Kong Island. Launched in January 2016, the TramOramic is Hong Kong’s first sightseeing tour by tram. Operating three tours a day, the classic 1920s-style open-top tram features personal headsets that regale you with tales of local life and tram history in a choice of eight languages as you take a leisurely ride through Hong Kong’s living history. It’s the quintessential way to experience Hong Kong.