What's the Deal with Hairy Crab? An Introduction to the Chinese Delicacy 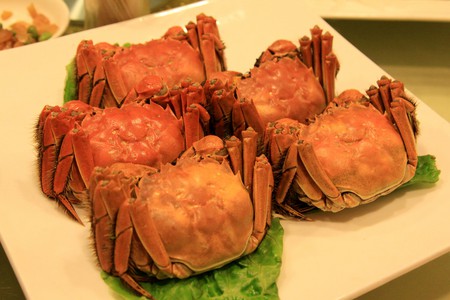 Hairy crab – also known as the Chinese mitten crab – is one of the most prized delicacies in eastern Chinese cuisine, most notably in Shanghai and Jiangsu province. It is only in season and available to eat for two months of the year. Here’s a brief introduction to this delicious and coveted crustacean.

What is a hairy crab?

The hairy crab is a burrowing crab native to the rivers and estuaries of eastern Asia. Roughly the size of a human palm, the crab has a dark green back, with golden claws covered in distinctive brown fur.

In the ninth and tenth months of the lunar calendar (usually around October and November), the hairy crab comes to maturity and migrates from its freshwater habitat toward the ocean. It’s during this time that the crabs are hunted in river deltas and exported as part of a lucrative gourmet industry.

When can you eat hairy crab and what does it taste like?

Hairy crabs are only available in the fall, starting from around late September to early October, and ending around November. Supplies are limited and Chinese gourmands pay hefty sums for premium crabs sourced from particular rivers and estuaries.

The hairy crab’s flesh is renowned for its sweetness. Also of value is the crab’s golden roe, which is creamy and buttery. Female crabs are more prized than male crabs because they contain much more roe and are believed to taste sweeter. 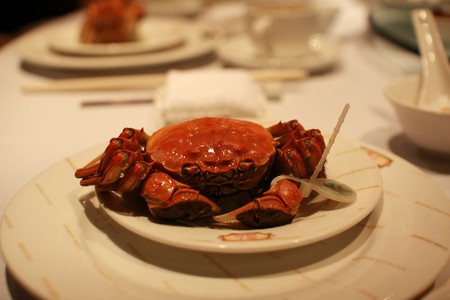 How much does a premium crab cost?

The most coveted crabs are sourced from Yangcheng Lake in Jiangsu Province, and are exported to Shanghai and Hong Kong.

Prices average around US$100 per kilogram for a Yangcheng Lake crab in Hong Kong. The demand for hairy crab is so overwhelming that the emergence of “fake” crabs being passed off as Yangcheng Lake crabs is an annual problem for the industry.

How is it prepared?

Traditionally, the recipe for hairy crab is almost spartan in its simplicity – the crab is steamed and then eaten with a sauce of vinegar and ginger. It pairs excellently with huangjiu, a Chinese liquor made from fermented cereal grains. This is how hairy crab is typically prepared at home. 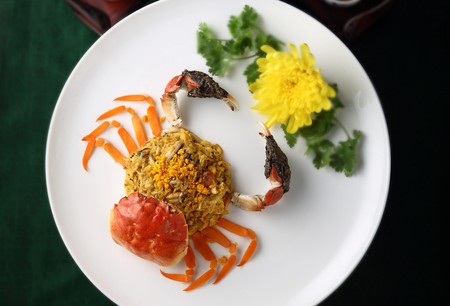 In contrast, many fine dining restaurants concoct elaborate multi-course banquets dedicated to the crustacean when hairy crab season comes around. Modern hairy crab dishes can be inventive and decadent – creamy crabmeat congee, crabmeat stuffed dumplings, crabmeat rice cakes and crabmeat bird’s nest soup are just some of the possibilities. As for whether simple or elaborate preparations are better – that comes down to personal taste.