What Remains of British Influence Still Exist in Hong Kong 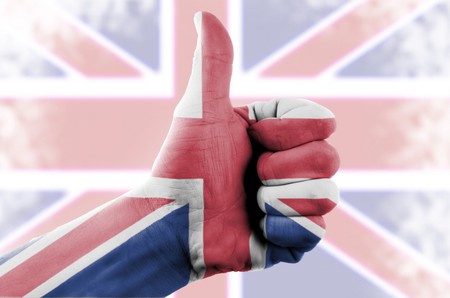 Hong Kong was a British colony from 1841 to 1997 – well over 150 years. But 20 years since the handover back to Chinese sovereignty, how much of a lasting impact have the British made? Here are some of Hong Kong’s best British bits that are still around today.

Perhaps Britain’s greatest export – the English language. It’s still widely spoken in Hong Kong, and alongside Cantonese is one of the city’s two official languages. In Hong Kong, English is widely used in the government and by the legal, professional and business sectors.

A common visual reminder of British remnants in Hong Kong are the numerous streets that have been named after British public figures and landmarks. Many of these streets share the same name with those in London. For example, Queen Victoria Street, named after the British monarch who reigned from 1837 to 1901, is a one-way street in Hong Kong’s Central district as well a well-known street in London. There are others like Prince Edward Road, Baker Street, Old Bailey Road, Oxford Road, to name just a few. Hong Kong even has its own entertainment zone, which just like in London, is called Soho. 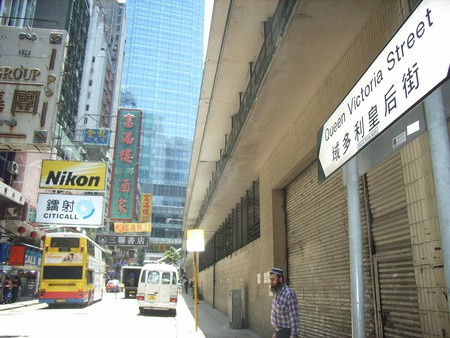 There are still a number of buildings in the city that are surviving examples of British colonial architecture. St John’s Cathedral, built in 1849, is the oldest Christian church in Hong Kong and was designed in the style of early English Gothic architecture. The Old Supreme Court – built in 1912, was designed by the same British architects responsible for the eastern façade of Buckingham Palace.

Afternoon Tea started as a British tradition when a duchess in the early 1800s had the idea of having tea in the late afternoon to bridge the gap between lunch and dinner. It became popular in Hong Kong when Britain’s wealthy decided to carry on the tradition from England and take a break at half past three. Today, the traditional British afternoon tea in Hong Kong is popular at the city’s flagship Peninsula Hotel. 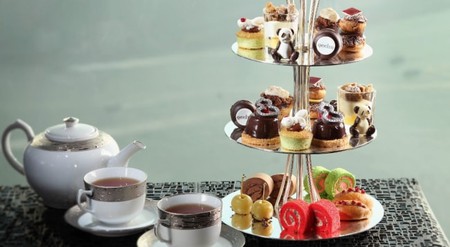 Established by the British, the first trams were built in England and then shipped out to Hong Kong piece by piece. Nicknamed ‘ding ding’, they were one of the earliest modes of public transport in the city, introduced in 1904, and remain just as popular today.

Hong Kong follows the English common law system, where judgments and legislation together form the law. By contrast, mainland China’s judiciary is firmly under the Communist Party’s control, and the law is often used for political purposes. 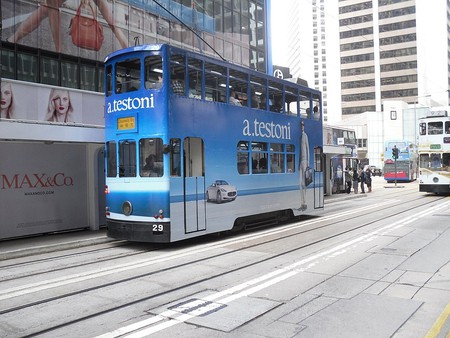 A statue of Queen Victoria was erected in 1896 in Hong Kong’s Statue Square to commemorate the Queen’s Golden Jubilee. It was later moved to Hong Kong’s Victoria Park in 1955, where it still stands today at the main entrance.

Driving on the left

Just like the British, Hong Kong still drives on the left side of the road. This is unlike mainland China, where they drive on the right. The reason being, Britain was the dominant global power when vehicle traffic started to take off in the early 1900s, and laws stated that, for British colonies, all vehicles must drive on the left. In fact, Hong Kong’s traffic lights, road signs, markings, etc. are exactly as they are in the UK. 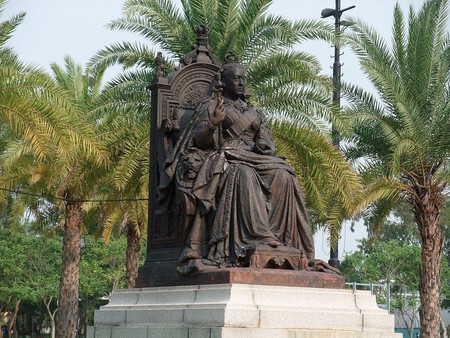 If there was an Olympics for queuing, the British would most likely win gold every time. Queuing is in British people’s DNA, and Hong Kong seems to have adopted this tradition. Hong Kongers will queue for just about anything. After all, what would a city of seven million descend into if it wasn’t for good old-fashion British queuing etiquette?

Frederick Stewart, dubbed ‘The Founder of Hong Kong Education’, brought in a Western-style education model when he served as headmaster at the first government school in 1862. Education today is still largely modelled on the English system, and many Hongkongers still regard a British education as the best in the world.

Just like the boozy Brits, hardworking Hongkongers also appreciate a pint or two at the local pub to wind down at the end of the day. There are a number of traditional British style pubs in Hong Kong, many of them clustered in the city’s Wan Chai area, which is popular with nightlife goers. They usually serve a wide range of English ales and ciders. Cheers to that! 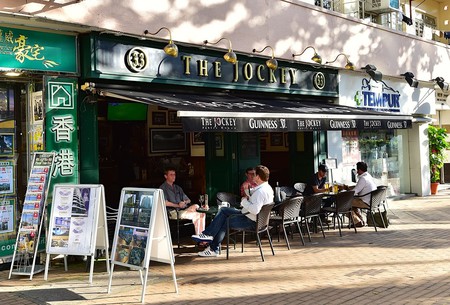 British style pubs in Hong Kong are still popular in the city. | Courtesy of The Jockey.
Give us feedback