This Neighbourhood Is the Most Densely Populated Place on Earth 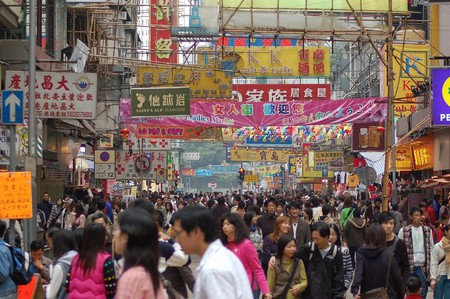 Mong Kok, Hong Kong, is the most densely populate place on the planet | © Hamedog / Wiki Commons

With an average of 130,000 people packed inside each square kilometre, Hong Kong’s Mong Kok district is the most densely populated place on Earth.

To call the district busy is an understatement. In the local tongue of Cantonese, ‘Mong Kok’ literally means ‘busy corner’. Indeed, according to the Guinness World Records, it’s the most densely populated place on Earth. 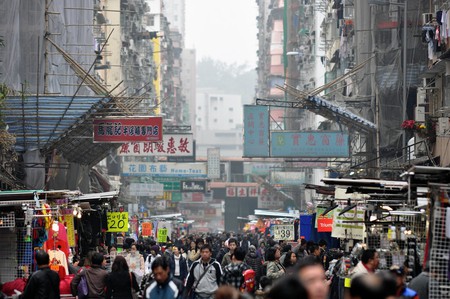 Bursting with life and people, Mong Kok is the most densely populated place on Earth | © Michael Elleray / Flickr

The 130,000 people packed inside each square kilometre is more people than the entire population of some countries. Yet Mong Kok is just one of Hong Kong’s numerous neighbourhoods.

It’s a bustling hive of neon lights, street markets, people, noise, and is packed to the brim with life in all its varied forms. It’s one of Hong Kong’s most vibrant and energising neighbourhoods, with something to grab your attention at every turn. 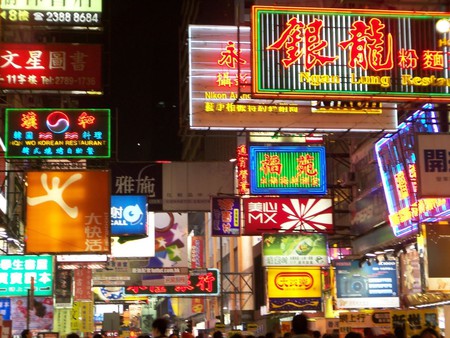 It can be a joy to explore this neighbourhood. Admittedly, you feel more packed in than a tin of sardines in places, but that has just become part and parcel of life here and the overall Mong Kok experience.

After all, Mong Kok is a neighbourhood that has a lot to attract people, starting with Hong Kong’s famous Ladies’ Market. It has, according to TripAdvisor, become the city’s most visited attraction. This popular street market is a bargain hunter’s paradise, selling all manner of souvenirs, Chinese handicrafts, clothes and electronic gadgets at knockdown prices. Mong Kok is also home to the Langham Place Mall, a huge 15-storey shopping complex complete with fashion brands, fine restaurants and a cinema.

While a unique place to explore, living in Mong Kok is another story. The noise, crowds, light pollution and cramped living space don’t make it the most desirable location. Space is at a premium here. Recently, nano-sized flats, some no bigger than a parking space offering 157 square feet, sold for HK$3 million (US$385,000) each. 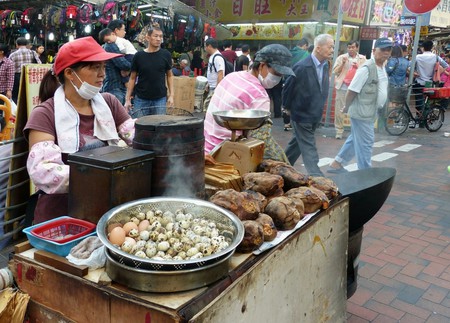 Mong Kok offers a slice of authentic Hong Kong life and is gritty and real while also vibrant and full of character. A visit here will likely redefine your definition of ‘busy’ too. After all, there’s ordinary busy, and then there’s ‘Mong Kok busy’. It’s a feast for all the senses – a crowded place with always room for one or two more.