The Top 10 Things To See And Do In East Tsim Sha Tsui, HK 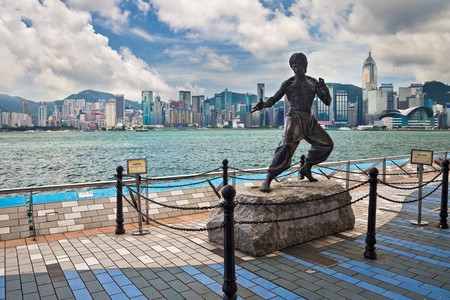 Located on the tip of the Kowloon Peninsula, the major metropolitan hub of Tsim Sha Tsui is one of the more diverse areas of Hong Kong. It is easily reachable by MTR or the iconic Star Ferry. With its own MTR stop, East Tsim Sha Tsui is in itself a treasure trove of sights and experiences. Here is our list of the top 10 things to see and do in East Tsim Sha Tsui. 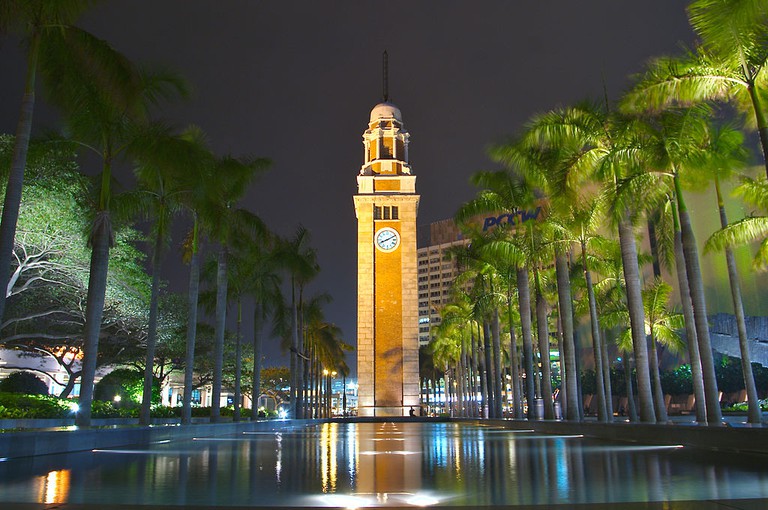 Clock Tower, Star Ferry Pier, Tsim Sha Tsui | © FLorian Lindner / WikiCommons
One of the most iconic sights in Tsim Sha Tsui, the clock tower, has stood for more than 100 years; it’s a relic of a bygone era. It was built in 1915 as part of the terminus for the Kowloon-Canton Railway. Outliving the station and the company it was built to represent, the Tower has been designated as a declared monument, honored by the government as an important piece of Hong Kong history. Just 10 minutes away from the East Tsim Sha Tsui station, this is a must-see sight to visit on the way into and out of Tsim Sha Tsui.
Open In Google Maps
Star Ferry Pier Kowloon, Hong Kong
Visit Website
Give us feedback 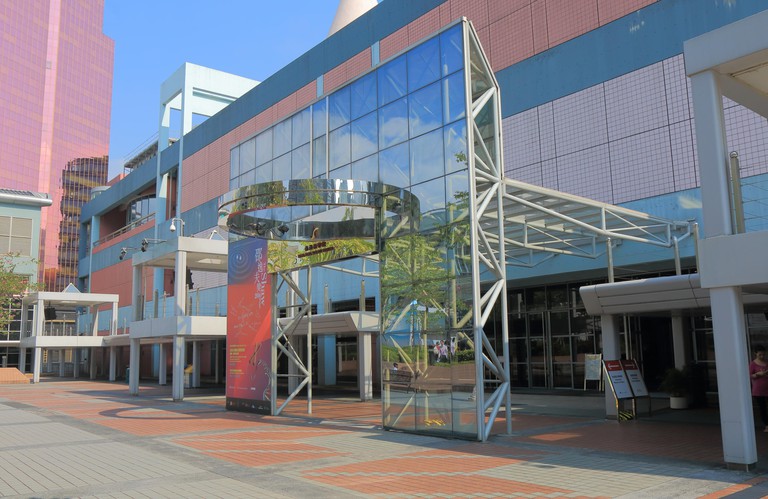 The Hong Kong Science Museum has approximately 500 exhibits | © Takatoshi Kurikawa / Alamy Stock Photo
Hong Kong is a world leader in scientific and technological innovation, with some of Asia’s and the world’s top universities. To gain an idea of just how dominant Hong Kong is in this respect, visit the Science Museum. Featuring over 500 interactive exhibits, the Science Museum displays unique examples of cutting-edge science and technology. From Cathay Pacific’s first DC3 Airplane to the 22-meter high Energy Machine, the curious traveler can explore and learn about the inner workings of the world. With a HKD 25 standard ticket, the easily affordable Science Museum and the nearby History Museum can make a worthwhile afternoon. Opening hours: Mon – Weds 10am – 7pm, Fri 10am – 7pm, Sat and Sun 10am – 9pm
Open In Google Maps
Hong Kong Science Museum Science Museum Road, Tsim Sha Tsui, Kowloon, Hong Kong
+85227323232
Visit Website
Give us feedback

Book Now
As the most recent colony to leave the British Empire, Hong Kong is a place of significant historicity. Located right next to the Science Museum, the History Museum seeks to preserve Hong Kong’s history and culture, covering Hong Kong from prehistory through the dynasties, the colonial era, and its emergence as a modern-day international metropolis. The price is incredibly low: with a standard fare of HKD 10, the History Museum is one of the cheapest attractions and offers an in-depth account of Hong Kong’s long and fascinating history.
Open In Google Maps
Hong Kong Museum Of History, 100 Chatham Road South, Tsim Sha Tsui East, Kowloon, Hong Kong
Give us feedback 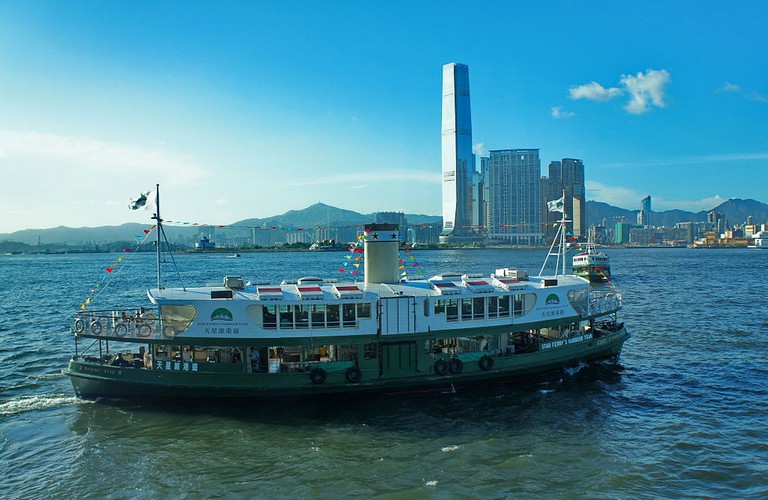 © Mk2010 / WikiCommons
For the more seafaring types, Star Ferry launches harbor tours that provide cruises along the iconic Victoria Harbor. Launching from Tsim Sha Tsui, the ferry tour gives visitors a clear view of Hong Kong’s iconic skyline. This tour is especially breathtaking at night when the skyscrapers light up the night sky, bringing the city to life. It should be noted that the night tours are costlier than the day tours, costing HKD 205 and HKD 125 respectively.
Open In Google Maps
Hong Kong, Hong Kong
Give us feedback

Like Hong Kong Island, Kowloon has a multitude of high-end shopping malls which actually rival their island counterparts. K11, which has its own exit in the East Tsim Sha Tsui MTR station, has all the shops and restaurants that could be expected of a modern shopping mall, but what makes it unique is its claim of being an “art mall”. In addition to hosting various Western and Asian restaurants, it is also unique for its art displays which showcase talent from all over China and act as a springboard for up and coming Chinese artists.
Open In Google Maps
18 Hanoi Road, Tsim Sha Tsui, Kowloon, Hong Kong
+85231188070
Visit Website
Give us feedback 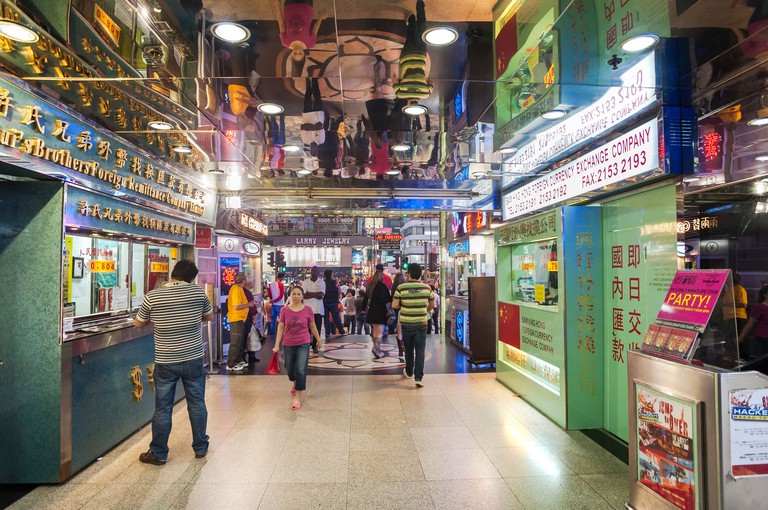 Chungking Mansions have some of the cheapest rooms for rent in Hong Kong | © Paul Rushton / Alamy Stock Photo
Nathan Road is a river of neon and LED lights, flowing with tourists and pedestrians. It is also home to the Chungking Mansions, a holdover from the notoriously lawless and crime-ridden Kowloon Walled City that was demolished in 1993. Despite being maligned by the locals, the Mansions are one of the most diverse areas of Hong Kong, host to people from all over West Africa and South Asia, putting the power of globalization on full display. The Chungking Mansions are also an essential location for low-budget travelers with some of the cheapest rooms for rent in Hong Kong.
Open In Google Maps
Chungking Mansion, 36-44 Nathan Road, Tsim Sha Tsui, Kowloon, Hong Kong
+85227243813
Visit Website
Give us feedback

One of the most well-known and well-regarded tailors in Hong Kong is at Punjab House, which has been providing top-notch service since 1889. Traditionally acting as tailors for members of the Royal Navy and other branches of the British Military, this colonial-era tailor continues to provide quality suits for both men and women; serving diplomats, celebrities and even foreign political leaders. For those on a tighter budget, Raja Fashions is an alternative tailor that does not sacrifice quality for cost-effectiveness. 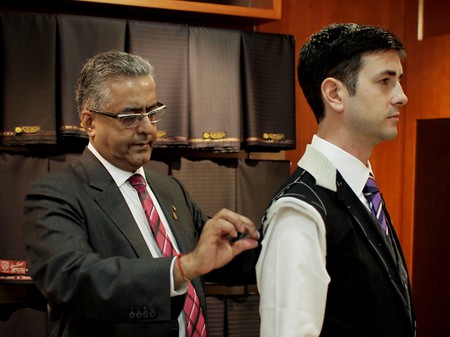 Running parallel to Salisbury Road, the Promenade runs along the waterfront all the way up to Hung Hom Station, providing a wonderful view of Hong Kong Island’s skyline. This is especially breathtaking at night, when the Symphony of Lights begins (at around 8pm). The nightly spectacle is the world’s largest permanent light and sound show and features a multimedia lights display. Even after the Symphony of Lights has come and gone, the view of the skyline at night is an essential sight to experience during a stay in Hong Kong. 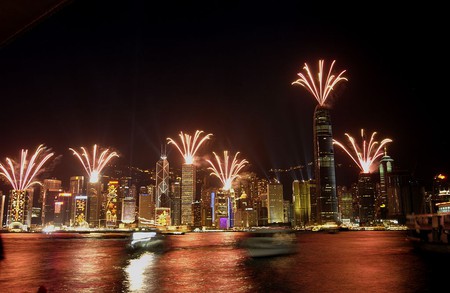 Located along the waterfront, the Avenue of Stars is Hong Kong’s answer to the Hollywood Walk of Fame. Like with Hollywood, Hong Kong enjoys a rich cinematic history, producing internationally renowned stars like Jackie Chan, Andy Lau and Jet Li. They, along with influential directors like Wong Kar Wai and John Woo, have shaped not only Hong Kong, but world cinema. One of the most poignant tributes, however, is to Bruce Lee, whose short but tragic life left a significant impact on the world of film. His statue is now one of the most iconic features of the Tsim Sha Tsui waterfront.