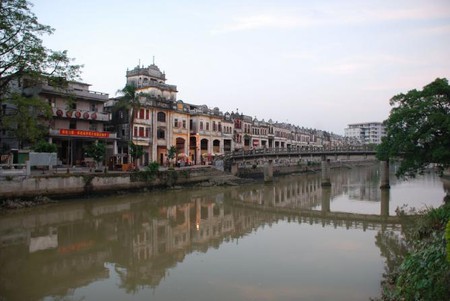 Extraordinary cultural treasures are found in and around the four cities covered by this book (Guangzhou, Shenzhen, Zhuhai and Dongguan) and make fabulous destinations around which to map days out. The course of Chinese history was turned here in Guangdong, the epicenter of the first Opium war, while unique architectural features such as the arcade towers of Chikan Town (赤坎镇) are a testament to the region’s long engagement with western culture.

Chikan Town has attracted many Chinese film directors with its exotic, elegant architecture, inspired by European trends and brought to China in the late 19th century. Chikan’s mix of traditional Chinese and western culture takes on a visual embodiment on the unique European Street, which is lined by more than 600 column-supported homes stretching for three kilometres along the riverbank. Greet Dragon Hall (迎龙楼), the oldest watchtower in the region, can be found in Sanmenli (三门里) of Luyang village (芦阳村). Nearest City: Guangzhou 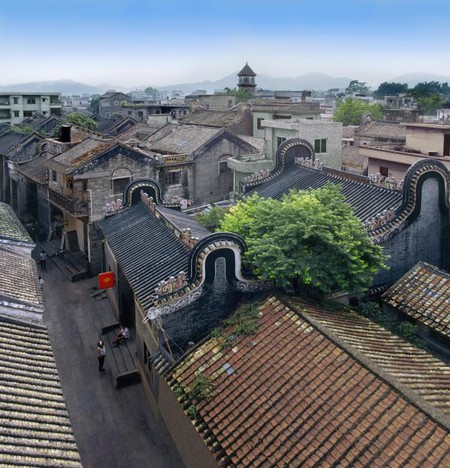 Shawan Town is an unusual, small town with a rich cultural heritage, famous for being one of the birthplaces of Guangdong opera. The Shawan Flying View and the Shakeng Awakening Lion are among the town’s other unique highlights. The well-preserved Aoshan Architectural Complex of the Qing Dynasty comprises a large number of ancient temples, offering a valuable lesson in the region’s history. Built in the Yuan Dynasty, the He Ancestral Hall (何 氏祠堂) comprises numerous must-see structural components, such as the Yi Hall (仪宫), the Fishing Terrace (钓鱼 台), Entertainment Hall (享殿), Sleeping Hall (寝殿) or the Village Ancestral Hall (村祠). Nearest city: Guangzhou 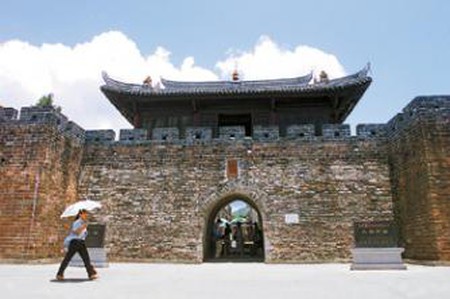 The Dapeng Fortress played a critical role in China’s coastal defense for centuries. Built in the 14th century, it was once renowned for producing a string of famous generals. The fortress continued to be constructed during the Ming Dynasty – it still boasts impressive gate towers, watch towers and a moat, all of which were renovated during the Qing Dynasty. Featuring three main streets, the original structure is basically intact, with the East, West and South Gates particularly well preserved. Key constructions include a Granary (大 鹏粮仓), the General’s Mansion (参 将府), the God of War Temple (关 帝庙) , the Ancestral Temple of Marshal Zhao (赵公祠) and the Tin Hau Temple (天后庙). Nearest City: Shenzhen

Cuiheng Village is a pleasant village famous for being the birthplace of Chinese revolutionary and the Republic of China’s first president Sun Yat-sen. The Pearl River separates Cuiheng village from Shenzhen and Hong Kong in the east, while the green wooded Wugui Mountain sits in the west. More than its scenic location, however, the village’s main draw is Sun Yat-sen’s home, now a Memorial Museum enabling visitors to experience the birthplace of Sun Yat-sen, as well as the social and historical environment he grew up in. Nearest city: Guangzhou 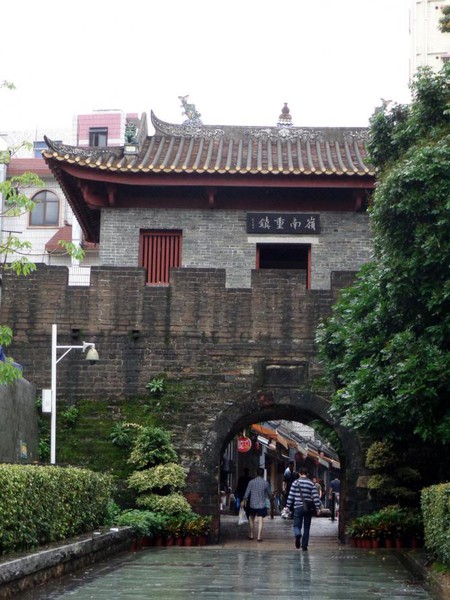 Located in the far west of Shenzhen in what is now called Nantou are the remains of the ancient city of Xin’an (新安). Excavations in this area have revealed evidence of civilization dating all the way back to the Shang Dynasty (1700 –1100BC). There is a museum near the South Gate, but exploring this still bustling district on foot may be an even more exciting option. The city wall and town gate remain in good condition, as does the Guan Yu temple. There are also naval and civil headquarters to discover, as well as a silver shop, opium den and even an old brothel. Nearest city: Shenzhen