The Most Historically Significant Buildings in Hong Kong 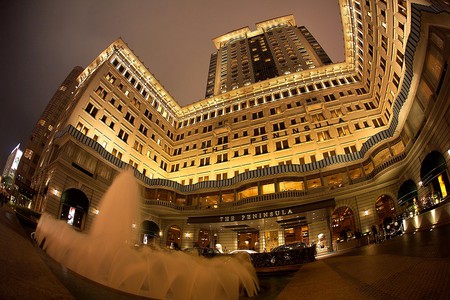 Hong Kong is a city steeped in unique history. As a former British colony and gateway to mainland China, it’s one of the few places in the world where East meets West. Nowhere is this more evident than in its architecture. Here are ten buildings which still stand as significant markers of the city’s long and rich history. 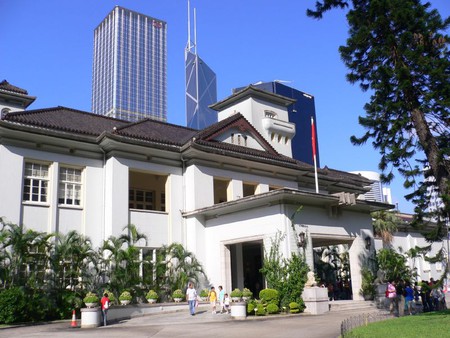 Built between 1851 and 1855, Government House was constructed eight years after Hong Kong became a British colony. It was home to 25 governors of Hong Kong during the 156 years of British rule. The building, located on Government Hill in Hong Kong’s Central district, originally had strong Georgian features but was extensively redesigned during Japan’s brief occupation of Hong Kong in World War II. Today, the building is a hybrid of Japan-neoclassical architecture and is home to the city’s chief executive. The gardens of Government House are well known for their beautiful collection of rhododendrons and azaleas and are opened for public viewing on special occasions. 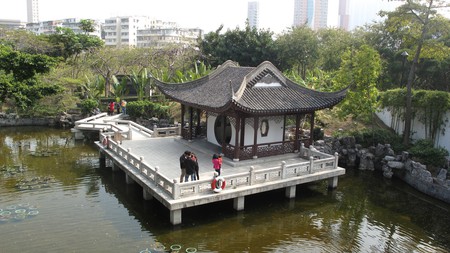 Kowloon Walled City Park was originally a Chinese military fort. However, after Hong Kong was leased to Britain in 1898, it became a lawless enclave, a city within a city, where many criminals flocked. Buildings inside the Walled City were constructed illegally and by 1990, the Walled City contained 50,000 residents within its six-acre borders. From the 1950s to the 1970s, it was controlled by local gangs and had high rates of prostitution, gambling and drug abuse. The slum was finally demolished in 1993 and reopened in 1995 as a beautiful Chinese-style garden. Some historical artefacts from the Walled City, including its yamen building and remnants of its South Gate, have been preserved there.

The University of Hong Kong 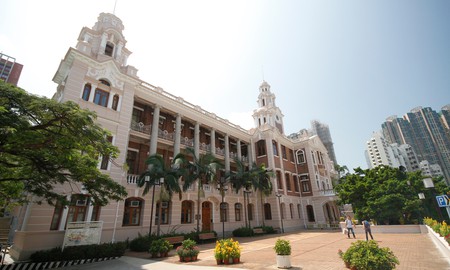 Opened in 1911, the University of Hong Kong is the city’s oldest university and is located on the picturesque hillsides above the western end of Hong Kong Island. The oldest structure on the campus is the university’s main building – a striking Edwardian Baroque-style building which is supported by granite colonnades and surmounted by a tall clock tower. The campus includes the University Museum and Art Gallery, which is the oldest museum in Hong Kong. Among the university’s distinguished list of graduates is Dr Sun Yat-sen, the founder and first president of the Republic of China. 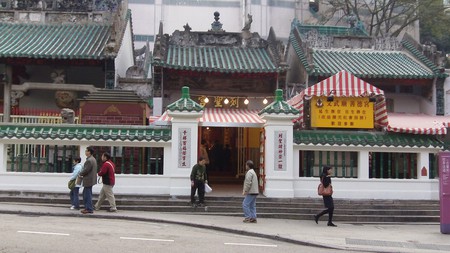 Built in 1847, Man Mo Temple is the oldest temple on Hong Kong Island and a declared monument. Constructed by wealthy Chinese merchants, the temple is named after its two principal deities: “Man”, the god of literature, who is dressed in red and holds a calligraphy brush; and “Mo”, the god of war, wearing a green robe and holding a sword. This highly revered Taoist temple is located minutes from the hustle and bustle of downtown Central. You will find locals here praying at the altar as well as many visitors who come to experience the peace and solitude. 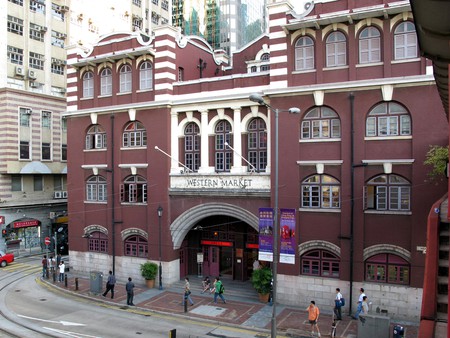 Built in 1906, Western Market is the oldest surviving market building in the city. The distinctive Edwardian-style building has a red brick exterior in an attractive bandaged style. Renovated in 1991, it was converted into a shopping complex that today houses shops selling arts and crafts alongside fabric merchants.

The Court of Final Appeal 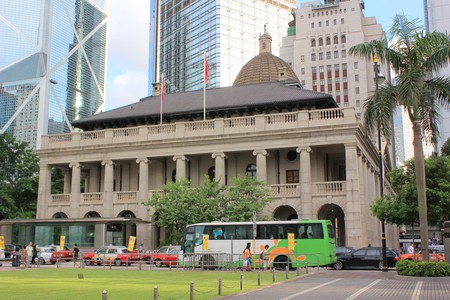 The Court of Final Appeal is one of the most striking landmarks in the city’s Central district. Built in 1912, the two-storey neoclassical building is supported by ionic columns and was constructed on reclaimed land using hundreds of Chinese fir-tree piles as foundations. Its exterior is a popular location for wedding photography, as is the beautiful Chater garden adjacent to it. 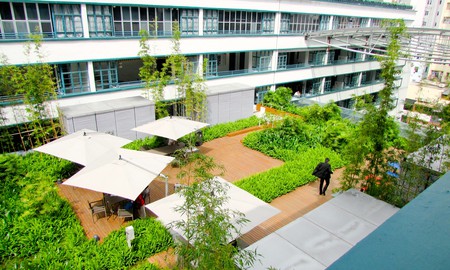 PMQ is one of the city’s most historically significant sites. In 1889 it was home to Queen’s College – the first school providing a Western education to Chinese school students. In 1951, the site took on its second life as the Police Married Quarters – the first dormitory for married junior policeman. In 2010, PMQ was rated as a Grade III Historic Building and reopened in 2014 as a mixed-use venue for arts and design. 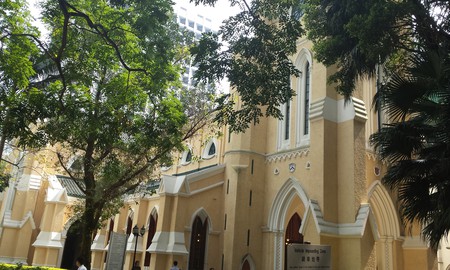 Completed in 1849, St. John’s Cathedral is the oldest church in Hong Kong and the oldest Anglican church in the entire Far East. Originally a parish church to be used by the British Army garrison, it briefly became a Japanese clubhouse during World War II, but the church was gradually restored after the occupation. This Gothic style building, with lancet arches and stained glass windows, was adapted to subtropical climates with window shutters and windows that could be opened. Regular church services are held on Sundays.

The Peninsula Hotel or “The Pen” as it’s known locally, is a Hong Kong landmark. Regarded as one of the world’s best hotels, it’s been serving guests for almost 90 years. Known as the grand dame of Hong Kong’s hotel scene, it houses 300 guest rooms and suites. Alongside its striking neoclassical architecture, the hotel is famed for its large fleet of Rolls Royce Phantoms in the hotel’s signature green colour. Afternoon Tea at The Pen has become a Hong Kong institution. Historically, in December 1941, at the end of the Battle of Hong Kong, British colonial officials surrendered in person at the Japanese headquarters on the third floor of the hotel.

The last home of martial arts legend Bruce Lee, known as “Hong Kong’s most famous son”, was 41 Cumberland Road in the city’s affluent Kowloon Tong neighbourhood. Lee lived in the two storey mansion during the last years of his life, before his untimely death in 1973. Rather shockingly, after his death, the building spent time as a sex hotel before being bought by local billionaire Yu Pang-lin. Plans to transform the home into a museum honouring the star’s legacy have yet to materialise. Today, the mansion is currently abandoned but is still frequently visited by fans of the star hoping to catch a glimpse of Lee’s last abode.