The History Of The Tian Tan Buddha In 1 Minute 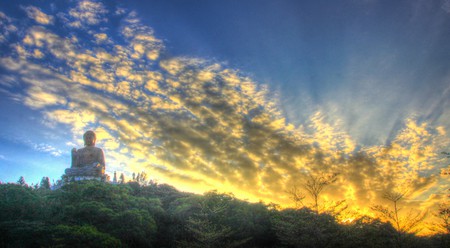 Also known as ‘The Big Buddha,’ Tian Tan is a large bronze statue situated next to the remote Po Lin Monastery on Lantau Island. It has been a major tourist attraction ever since its completion in 1993 and is the second largest outdoor sitting Buddha in the world.

Buddhism was introduced to China during the Eastern Han period, which brought the statues of Buddhas and more with it. Buddhist arts flourished over the years, reaching great heights and enlightening many people as sculptural art excelled over time.

In 1979, after the Po Lin Monastery was granted land on which to build a statue of their own, the monks were invited to visit the mainland. They were inspired by the sculptures seen and ultimately committed themselves to building a Buddha statue in Hong Kong. The name, Tian Tan, was conceptualized after visiting the Altar of Heaven in Beijing, which holds the same name, and so the conception came to life.

The statue sits 34 meters high and faces the north, overlooking the Chinese people, with features that bring a depth of character to its massive form. The facial features were inspired by that of the Buddha Vairocana of the Longmen Caves, while the clothes were modeled after the Buddha Sakyamuni in Cave 360 of the Dunhuang Grottoes. The final creation holds characteristics of serene beauty and soft, flowing lines – depicting ultimate tranquility. 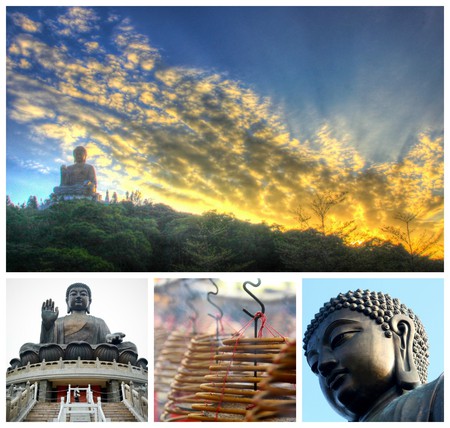 It is meant to symbolize a harmonious relationship between man and nature and took 12 years to complete. In order to get up close and personal, you have to climb the 268 steps that lie before it. Not only will this climb to the top allow you to appreciate Tian Tan up close, but you’ll also be able to enjoy the mountain and sea views that can be seen from the base of the statue.