The History Of The Star Ferry, Hong Kong In 1 Minute

Every day, there are ferries that travel across the Victoria Harbour from Wan Chai and Central (Hong Kong Island) to Tsim Sha Tsui (Kowloon). These ferries are called the Star Ferry (operated by the ‘Star’ Ferry Company, Limited) and offer affordable and fast cross-harbor transport for both residents and tourists in Hong Kong. It costs only HK$2.50 per trip during the weekdays and HK$3.40 per trip during the weekends and public holidays.

On average, the Star Ferry carries over 50,000 passengers a day (over 20 million a year), and it is an important part of the commuter system in Hong Kong. In addition to regular ferry services, ‘Star’ Ferry Company has operated the harbor tour in Hong Kong since July 2003, which is a leisurely one-hour journey that starts in Tsim Sha Tsui and goes to Central and Wan Chai before returning to Tsim Sha Tsui. 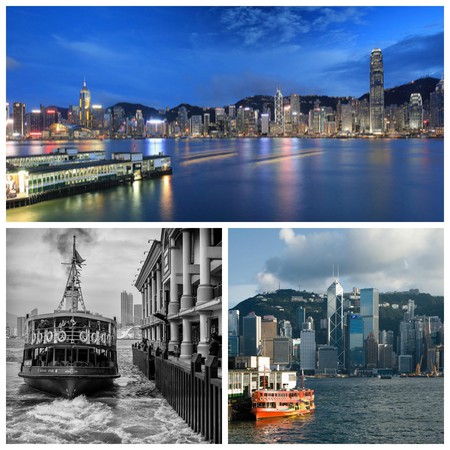 The Star Ferry Company was founded in 1888 by Dorabjee Naorojee Mithaiwala, a Parsee cook, as the Kowloon Ferry Company, adopting its current name in 1898. The first services were given in the steamboat, the Morning Star. By 1890, the Kowloon Ferry had four single-deck Star Ferries, and subsequently, the ferries acquired a second deck. The businessman Sir Catchick Paul Chater bought these boats and later renamed the Kowloon Ferry as the Star Ferry Company. Afterwards, the company went public. The name Star Ferry came to be known as the collective name of these cross-harbor ferries because all the ferries of the company had the word ‘Star’ at the end of it. Now, the Star Ferry can also be hired for commercial or private functions such as wedding ceremonies and corporate functions.