Located in the Island District of Hong Kong, Cheung Po Tsai Cave is a magnet for both locals and tourists due to its peculiar-looking shape and legendary story starring the most notorious pirate in Hong Kong – Cheung Po Tsai. Here’s what you need to know about this famous cave.

Cheung, the pirate who is portrayed as a Robin Hood in Hong Kong, rather than Nottingham, has frequently appeared in pop culture. His father was a Tanka (boat people who lived on junks in Coastal Canton) fisherman based in Jiangmen. However, he was abducted by the pirate couple Cheng, and raised as their own son. Cheung later followed the footsteps of his adopted parents and was placed in charge of the pirating business. 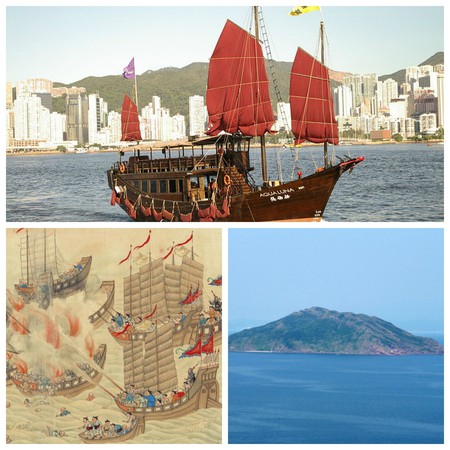 During the Qing Dynasty (1800-1810), Cheung was actively based in Coastal Canton. According to historical references, he had 50,000 followers and a fleet of more than 600 ships. Later, Cheung’s partner in crime, Cai Qian, was killed by the Chinese government which forced him to surrender. The Chinese government assigned Cheung the position of officer in the Qing Imperial Navy. Cheung then spent the rest of his lifetime helping the government to eradicate other pirates. Before serving in the navy, the cave was Cheung’s hideout from the arrest of the Qing government. He is also said to have hidden his treasure in the cave.

Today, there is no evidence of his treasure trove. The spot is, in fact, just a hole in some rocks, but the length and mysteriousness of the site – the entrance of the cave is approximately ten feet long, while the distance from the entrance to the exit is about 88 meters – continues to give it an air of mystery that brings visitors year on year.

In fact, the sites of Cheung Po Tsai Cave are very scattered – Grassland, Chung Hom Kok, Port Island (Chek Chau), and Siu Kau Yi Chau, besides Cheung Chau. The cave is extremely narrow, only one person can be in and out at once, with damp and slippery walls and floors. Visitors can only enter the cave with the help of an iron ladder. Make sure to bring a torch (flashlight) with you and walk slowly!