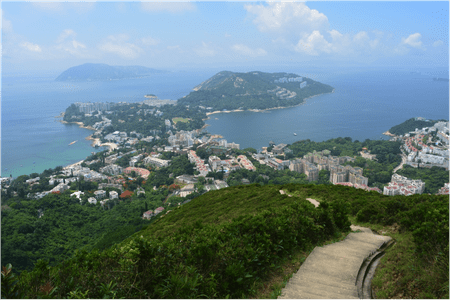 It is easy to find scenic views in Hong Kong without exerting much physical effort; but if one seeks a challenge before earning a picturesque reward, there are plenty of options for less explored trails.

In the western side of New Territories, lie the rolling granite hills of Castle Peak. After the gradual hill to Tsing Shan Monastery are the long flight of stairs headed for the sky. Warning signs before the first leg of the hike are erected to reassure hikers that before them will be a big challenge. On top of the mountain, you will be able to see past the borders of Hong Kong and Castle Peak Bay. After the peak, the hike becomes a gradual slope down rolling hills with light yellowish brown and sparse green vegetation. Hiking shoes with good soles are compulsory in order to avoid scudding over loose gravel and sandy ridgelines. Some areas of the hills serve as firing range for the military, so be on a lookout for any announcement before hiking. 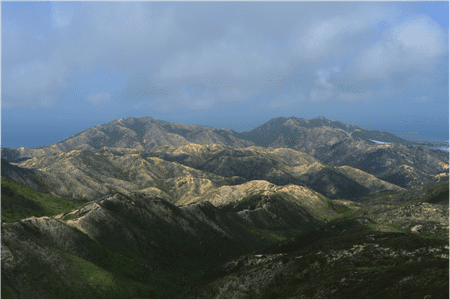 Despite the sub-tropical climate and absence of snow in Hong Kong, reports of frost in Tai Mo Shan afloat during winter time. The mountain’s volcanic rock surface and bare vegetation allow for an expansive view over Kowloon and Hong Kong Island on a good day. However, sparse greenery also means no shelter from the fiery sun during the summer months so it would be best to trek this 11-kilometre track around winter time. This hike jaunts across the country park with a gentle incline but with greater distance than usual hikes in Hong Kong. Following specific signs can bring hikers to a collection of waterfalls and streams. 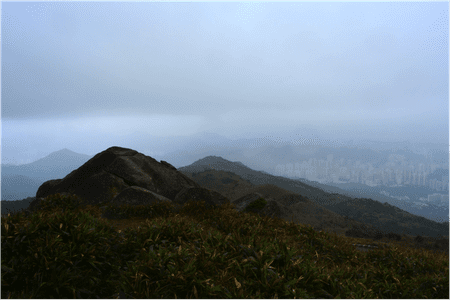 Violet Hill and The Twins

Nestling on the Wilson Trail are the peaks of Violet Hill and The Twins of Hong Kong Island. Skip the high intensity workout and opt for this hike. Even though this is one of the shortest hikes on this list, it is also a contender for the hardest with the track providing plenty of steep flights of stairs both downhill or uphill. Early summer mornings are the best time of year for hiking, when the southern waters of Hong Kong reflect the bright sky and you’ll even come across friendly trail runners who are starting their day early. Along the way, the path takes in views of Wong Nai Chung Reservoir, valleys and lilac flowers of the Tai Tam Country Trail.

This is a less arduous hike, the real challenge waits a few hundred meters away from the peak as it may require actual climbing within the hills of Kowloon Tong located at the hill top of Shatin District and Kowloon. Lion Rock is known for its cliff edge standing 495 meters above Kowloon. The paths are usually shaded with thick gum trees and its crown offers a panoramic view of the peninsula. 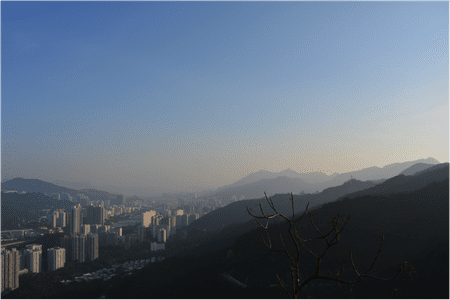 Though this doesn’t necessarily require a lot of effort, hikers can opt for the lengthy routes starting from the Sai Wan Pavilion going along the indents and bays of Sai Kung East Country Park up to the northern villages. The hike dips along the untainted beaches of Tai Long Wan and Ham Tin Wan. City dwellers, who are willing to exert a lot of physical effort, longing for an immersion in the wilderness, can satisfy themselves in this 22-kilometer adventure. Here, no bustling sound of vehicles nor constructions can be heard. If you have enough time, be sure to squeeze in a bit of cliff jumping and swimming in one of the deserted beaches. 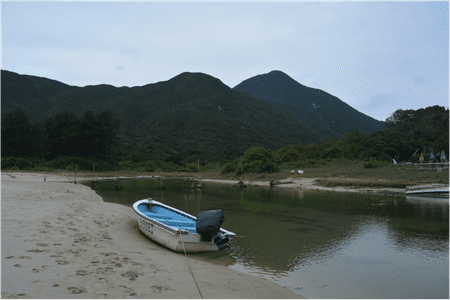 Sharp Peak is known for its pointy apex which can be recognized from every angle within the Sai Kung Country Park. The intensity of the inclines gets harder nearer the top. Mere mortals can still achieve this but with sweat beads and diminished strength. Slowly but surely is the key to going downhill towards the clear turquoise bay, it is would be hard to go against the earth’s pull once you’ve chosen to go big. 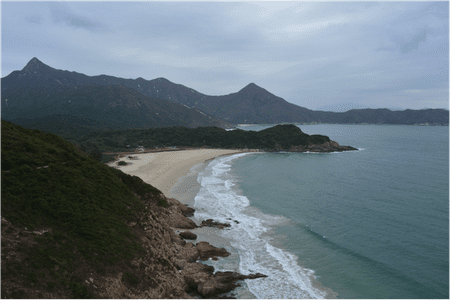 Renowned for being the second highest peak of Hong Kong, its subtle contours are beautifully illuminated at sunrise. After a marvelous gaze upon Hong Kong’s surrounding waters and the mountains of Lantau Island; the hill descends down to the Ngong Ping Village home to the Tian Tan Buddha which is a highly recommended tourist destination. The track runs across the Lantau South Country Park accessible by bus from the Tung Chung station. 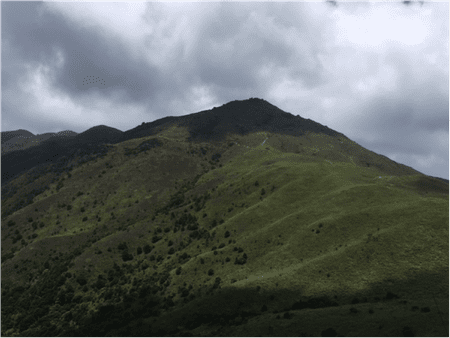