The Gorgeous Landscape Photography Of Tugo Cheng: An Interview 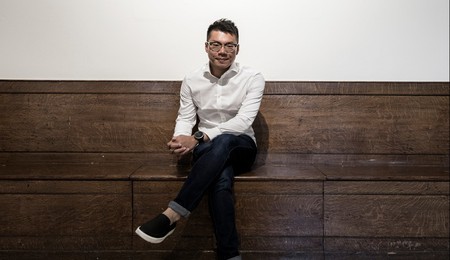 For the past decade, Hong Kong-based photographer Tugo Cheng has traveled all over China, documenting the country’s natural and cultural diversity. With an eye for the geometric and the surreal, Cheng received an honorable mention at the 2015 National Geographic Photo Contest, and has been shortlisted for the Sony World Photography Awards and the UK‘s Outdoor Photographer of the Year. We spoke with him to find out more. 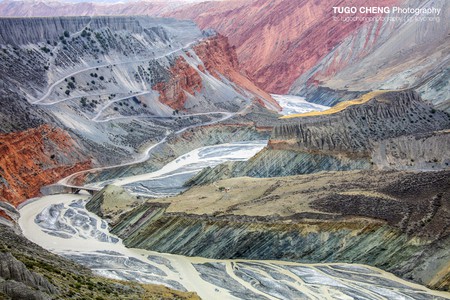 Can you introduce yourself? How did your love for photography start?

I’m a photographer and an architect by profession. I started to explore photography when I was studying architecture in university and working in London. At first it was the order and geometry of architecture that fascinated me. However, I soon discovered a similar beauty in landscape photography. I began photographing China in the hopes of capturing the country’s uniqueness and diversity. 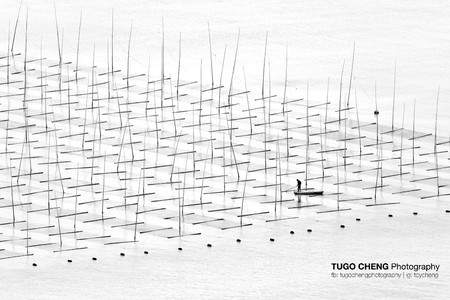 Can you describe your photography style?

I put equal emphasis on the aesthetics of the image and the creativity and imagination behind it. Because of my architectural background, I’m particularly attracted to landscapes where I can find geometric patterns, like the rhythm and order of architecture. I take an artistic and abstract approach to landscape photography, like paintings or drawings. 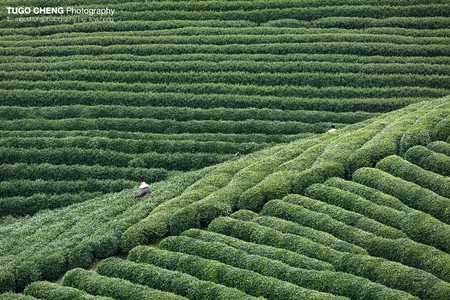 You’ve traveled all over China with your camera. What is it about China that you want to capture?

China is a very diverse place. You can find almost every kind of topography in China, ranging from extreme environments, like deserts, mountains, and glaciers, to grasslands and coastal areas. And with 55 ethnic minorities, there are also many exotic cultures and languages.

Moreover, there are also unique man-made landscapes in China. Take the rice terraces in Yunnan, the tea farms in Zhejiang, or the aquaculture in Fujian, where people have reshaped nature to produce food, unintentionally creating a beautiful landscape with their local knowledge. 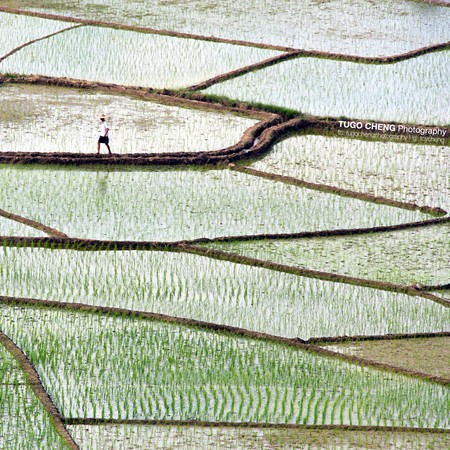 Many of your photographs are taken in remote locations or from high vantage points. Have you ever faced any dangerous situations while shooting or traveling?

Ten years ago, I encountered a severe thunderstorm when I was traveling in the Tiger Leaping Gorge in Yunnan. We were traveling along the gorge when a landslide caused giant rocks to fall down from the mountain – and we were stuck in a tunnel. Fortunately, the very brave local driver helped us to escape from the situation, risking his own life to save ours. 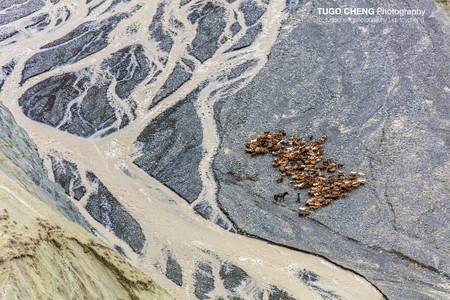 Do you have a particularly memorable moment or story that happened while you were shooting?

I witnessed a special funeral tradition, a sky burial, in the Tibetan area of Sichuan, in which the bodies of the deceased are left to be eaten by vultures. Tibetan Buddhists believe the vultures are dakinis (angels) who will bring the souls of the deceased to heaven for reincarnation. The process was not the most pleasant thing I’ve ever seen, but the moment after the ceremony – when the vultures departed peacefully to the mountains and vanished into thin air – was a big contrast. That moment was surprisingly sacred. I started to understand the spirit behind a ritual which many people may find frightening. 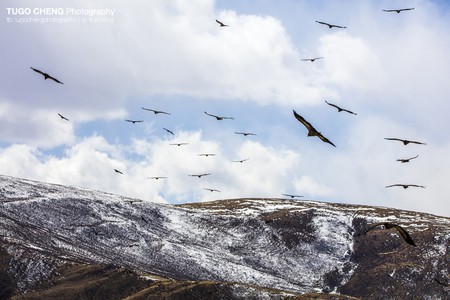 Do you have any advice to give to aspiring travel photographers?

I believe good travel photography should, first of all, surprise people with some new perspective or idea. The message behind the picture should inspire people; it should touch people’s heart deeply as a form of art. That’s why we should take the time to understand a culture and its people before taking photographs while traveling. 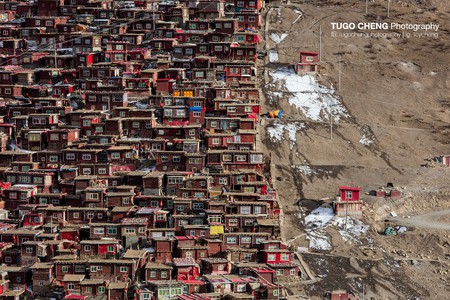 What are you working on nowadays?

I’m working on an aerial series of Hong Kong called City Patterns, which captures the city from a new perspective, revealing familiar places from unfamiliar angles. The pictures were exhibited in the HKIA REVEAL 2 exhibition, and we’re exploring the idea of collaborating with Romain Jacquet-Lagrèze for a joint exhibition, which will hopefully bring people to see our city differently. 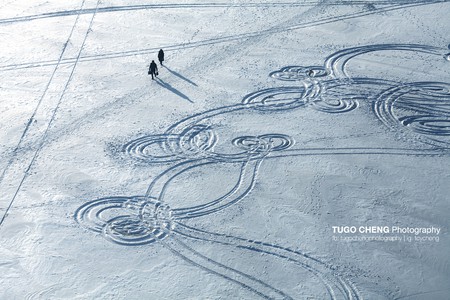 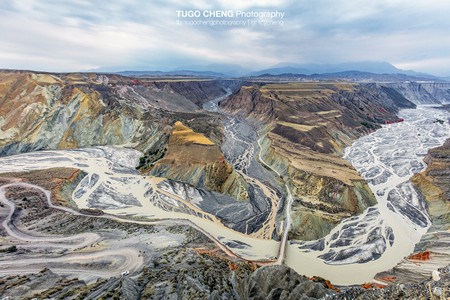 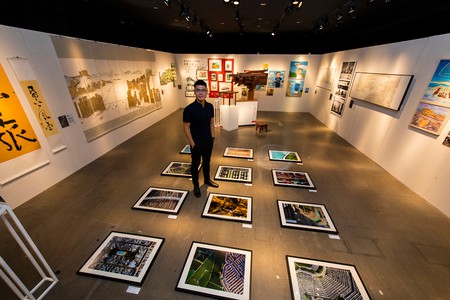 HKIA Reveal 2 | Courtesy of Tugo Cheng
Give us feedback