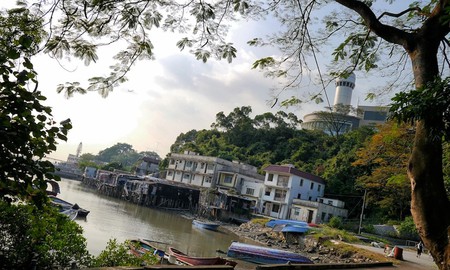 Perhaps the last place you would expect to find a ghost island is the crowded and cramped city of Hong Kong. But venture a little off the mainland and a whole other world awaits you.

It’s hard to imagine, but beyond the tall skyscrapers and its bustling metropolis, Hong Kong is home to over 260 outlying islands. These islands located off Hong Kong’s coastal waters vary in size, and very few are even inhabited and remain largely rural.

However, there are a couple of islands that used to be home to thriving small communities, but have since been deserted. Tucked away in dark corners of Hong Kong’s outer reaches, these once thriving settlements are long abandoned; all that is left is the eerie remains of what used to be. 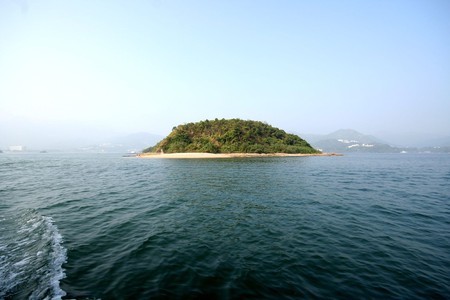 A short ferry ride away from the hub of the city, you will find a tiny abandoned island that over the years has earned itself the nickname ‘Ghost Island’.

At its peak in the 1940s, Yim Tin Tsai was home to between 500 and 1,200 people. They were a Hakka community – a clan that migrated from northern China centuries ago. They settled on the island and supported themselves through salt production. In fact, in the local language of Cantonese, Yim Tin Tsai means ‘Little Salt Pan’.

However, starting from the 1960s, families started leaving the island to access better education and employment. By 1998, the last of the villagers on Yim Tin Tsai had left, and, in the years following, Yim Tin Tsai lay abandoned, with entire homes left to decompose. 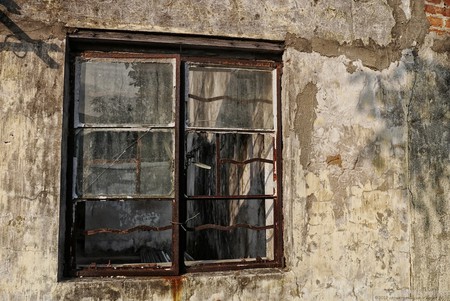 For years, the island remained largely empty with the villagers all having relocated. You only needed to venture a few yards from the small ferry dock to find yourself in an eerie deserted town, complete with crumbling houses, moulding furniture and a bat colony.

However, in recent years, work has begun to resurrect the island. At the top of the island lies an ornate chapel. In 2004, the Catholic Church conducted extensive renovations of the chapel which led to UNESCO honouring the chapel with an award of merit. Motivated by the recognition, descendants of former villagers and conservationists began to embark on a campaign to revive the island. 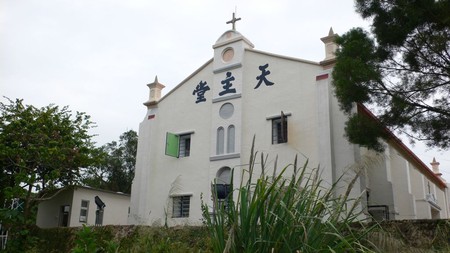 With the revitalisation programme now largely complete, they have strived to turn the island into a living museum. It now features a heritage trail, renovated Hakka ancestral homes, and a homewares and ceramics museum. Even the old salt pans have been restored – complete with an educational visitor centre that explains each step of the salt production process.

It takes only a small ferry ride to reach this tiny island located just west of Hong Kong’s Kowloon district. Whilst small in size, it’s an island of contrasts.

Close to the main port, you will find large areas of residential skyscrapers, a pedestrianised waterfront with people jogging, drinking coffee and enjoying the sea breeze. It’s even home to a theme park that features the world’s only full-size replica of Noah’s Ark.

However, tucked away on the northeast side of the island, it’s a different story. Once a thriving fishing town with several thousand residents, people from all over Hong Kong once flocked to Ma Wan for the seafood restaurants it offered.

Unfortunately, in 2011, the government evicted long-term local residents from the village – both voluntary and forced – in order to make room for the construction of a luxury apartment complex called ‘Park Island’.

The new development was completed in 2006, and villagers from the old town were rehoused in the northern part of the island.

However, their old community now lies empty, a ghost town. Abandoned houses, restaurants, and other community facilities make for an eerie and unique sight unlike any other in Hong Kong. 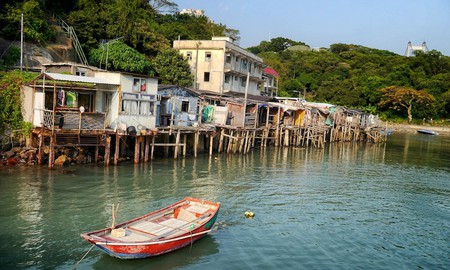 The small ghost town once boasted its own schools, restaurants, a village study room and a health and well-being centre for children and women. Now all these buildings are empty, with a number of decrepit stilt houses slowly falling into the sea.

These days, the ghost town has become an attraction of its own, many flock to see it whilst it still exists, suspecting that it, too, will be redeveloped at some stage.