The City Where People Take Birds for a Walk 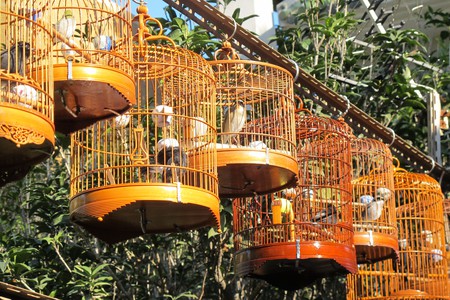 Most of us are used to seeing people walk their dogs, but walking their pet birds? Less so. However, the hobby of walking pet birds has been popular in China since the Qing Dynasty (1644–1911). In a charming little corner of Hong Kong, this age-old Chinese hobby is still in action.

Every morning around 6 a.m., a group of mostly elderly men can be seen heading to a street garden tucked away in a small corner of Hong Kong. They are not here for morning exercise or to take their dog for a walk, but rather to take their pet birds for a stroll.

The men can be seen walking while gently swinging their birdcages containing their beloved songbirds. They stop at the garden to feed and preen their feathered friends in exchange for sweet songs. Besides showing off their birds’ singing skills, it is also a way for the older folks to come and socialise. They hang the cages from the tree branches and play a card game or simply chat with other bird owners. 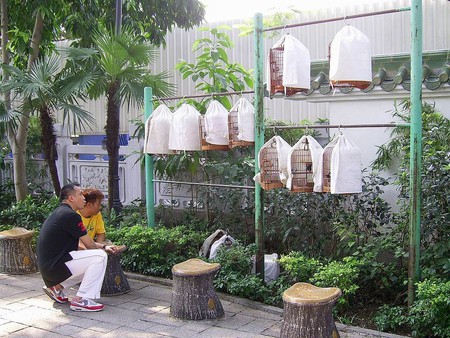 The aim is to try and make the bird’s day brighter and enhance its singing ability through socialising with other birds. The men believe that the best way for a bird to learn how to tweet beautifully is to listen to the lovely chirps of other birds.

This scene is a typical one not only in Hong Kong but also in other cities across the nation. If they don’t take their caged companions out for a stroll, bird owners say that the birds will become lonely and depressed, reducing their will to sing.

Fresh air, exercise and an opportunity to socialise is achieved for both the men and their feathered friends. Although there are more than 4,000 species of songbirds around the world, usually thrushes, larks, or titmouse are the ones of choice as they make the best singers. People traditionally keep the birds in handmade bamboo cages with a hanger built into the top. 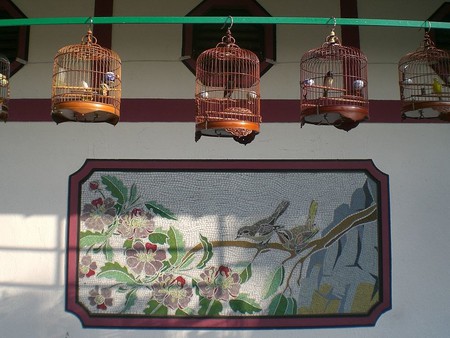 Birds in their cages | © Yuenposum / WikiCommons

The tradition of keeping caged songbirds in China – and taking them for a “walk” in local parks – dates back centuries. Starting from the mid-15th century in China, instead of the drudgery of work, the privileged elite would spend their time sipping tea in tea houses, gossiping, listening to story-tellers, and discussing the intricacies of feeding and raising birds. This devotion to bird raising is a tradition that never went away.

However, more recently, there has been a growing backlash against the practice of keeping songbirds. An increasing number of people feel that bird markets in China are threatening wildlife. It’s not always clear if the birds in those markets have been wild-caught or are bred in captivity, and many bird lovers and wildlife conservationists are calling for a ban on pet bird sales to protect China’s remaining wild birds.

“Decades ago, a lot of these birds were abundant, so it didn’t really matter if a few were taken from the wild,” said Terry Townshend, a Beijing-based birdwatcher and birding blogger in an interview with The Wall Street Journal. “But now we’re in a situation where, for quite a few of these birds, the populations have crashed.”

However, at least for now, the beautiful Yuen Po Bird Garden in Hong Kong’s Mong Kok area is one of the few places left that offers a little window on this old and enduring part of traditional Chinese lifestyle. It’s a beautiful park just to visit too, designed in the style of a classic Chinese garden; it’s home to stalls selling exotic birds, beautifully crafted bamboo cages, and other bird-care paraphernalia. 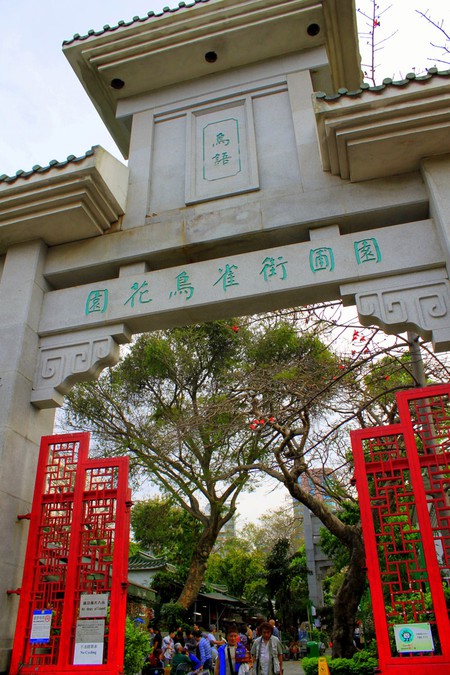 Today, the hobby of pet bird walking is mostly confined to the older generations, with very few young people continuing the tradition. It’s not clear for how much longer this ancient hobby will survive. However, at least for now, in a quiet street garden surrounded by the noise of roaring traffic and the general jarring sounds of city life, these bird walkers and their feathered companions can still be heard happily chirping away.