Hong Kong sidestreet © Lei Han/Flickr
Hong Kong, the former British colony in southeastern China, is a fusion of cultures, particularly when it comes to its cuisine. Walking down the street, you’ll find American-style wing bars, craft beer gastro-pubs and sushi bars mingling with the incredibly Chinese aesthetic of this tiny but densely populated financial center. Here we give you a rundown on where to find the best sushi in Hong Kong.
Fabulous light show © Kevin Jaako/Flickr

Restaurant, Japanese
A relative newbie on the scene, Hanabi offers up stunning dishes. Japanese flavors and modern touches come together to create the unforgettable experience that Hanabi offers its diners, either over the lunch or dinner menu. They also boast the skill of sushi chef Michael Chan, formerly of NOBU Hong Kong. Cozy and elegant, Hanabi is a fantastic option in Hong Kong’s sea of Japanese cuisine. We recommend the seared snapper sushi or the toro tartare with caviar – the latter is indescribably delicious.
More Info
Open In Google Maps
4/F, 6 Knutsford Terrace, Tsim Sha Tsui, Kowloon, Hong Kong
+85227232568
Visit website

Boasting three Michelin stars, Sushi Shikon is an authentically Japanese, but incredibly expensive, omakase restaurant in Hong Kong, run by sushi chef Yoshiharu Kakinuma. It is also part of the Sushi Yoshitake restaurant family, originating in Tokyo. If you can afford the price, the experience is unrivaled – eight seats line the Hinoki counter, meaning you’re really in and among the action. Try the tender, fresh Hokkaido octopus or the steamed abalone with abalone liver sauce, for utter perfection on a plate.

Restaurant, Sushi
If you want something beyond the classic sushi, then KOKOn is the place to try out, as their chef works tirelessly to come up with unique and creatively named dishes, incorporating less common ingredients into his creations. It could be said that the creative rolls are the best in Hong Kong. This previously miniscule sushi spot has recently relocated to Kwun Tong allowing it more space to show off its vintage style furniture and cram in the hungry clientele. A must-visit.
More Info
Open In Google Maps
21樓, Macau Yat Yuen Centre Hennessy Road, Causeway Bay, Hong Kong Island, Hong Kong
+85231889915

Bar, Restaurant, Sushi, Japanese, $$$
Ice cream mochi | © Patty/Flickr
Quaint and pleasant, Etsu Sushi bar is another hidden delight in Hong Kong, which serves up super fresh platters of seafood flown in directly from Japan. This means you can find all the classics, such as fish roe and divine tuna belly, among some unconventional and equally delightful dishes like minced tuna with quail’s egg, wrapped in crispy nori. Try and make reservations to get a coveted spot by the sushi counter in this hole-in-the-wall restaurant. Round off your evening with the sesame ice cream.
More Info
Open In Google Maps
23 Tsing Fung Street, Causeway Bay, Hong Kong Island, Hong Kong
+85235808851
Visit Facebook page

Diner, Restaurant, Japanese, Sushi, $$$
For travelers on a budget, who are still looking for the pricey, high class sushi experience, BA Sushi is the perfect spot. Homey, affordable and well-located, it boasts an extensive menu sure to satisfy any diner. Some of the top recommended dishes are any one of the huge special rolls, especially the shrimp tempura roll with avocado, cucumber, or the cheaper still sushi and hand rolls. It’s perennially busy, but you shouldn’t expect fancy surroundings. Complimentary mochi ice cream with the bill is a nice touch.
More Info
Open In Google Maps
14 Burrows Street, Wan Chai, Hong Kong Island, Hong Kong
+85228932282

Restaurant, Japanese, Asian
Sushi dish | courtesy of Rōnin (©Jason Michael Lang)
Rakuen, an izakaya,serves mainly Okinawan food, making it perfect if you’re craving something specific or just want to check out a whole new cuisine. They display their daily specials on a quirky blackboard, but unfortunately only in Japanese and Chinese. It’s a great place to check out if you want tapas style light bites, as the portions are small yet still perfect for two people, and a wide range of sake.The atmosphere is informal and relatively authentic, with a Japanese wait staff and few tourists.
More Info
Open In Google Maps
12樓, 永光中心, 28號 登龍街, 銅鑼灣, 香港島, Hong Kong
+85235808858
Visit website

Bar, Restaurant, Japanese
A hidden gem on Hong Kong’s sushi scene, Rōnin is tucked away at the end of Kau U Fong, ‘on the ground floor of a dark grey building, with a wooden door handle.’ Elusive, but worth the effort to find it, Rōnin is a Japanese inspired dining bar with a truly impressive range of sake,Japanese whiskey – many of which are exclusive to Rōnin – and shochu.While they offer walk-in spots at the bar, reservations at Ronin are a must for guaranteed dining. We recommend the insanely fresh sashimi and cobia kalbi.
More Info
Open In Google Maps
Sheung Wan, Hong Kong Island, Hong Kong
+85225475263
Visit website

While the prices at Sushi Mori are as high as the location, the portions are also big, making the lunch special well worth checking out. The special includes 12 pieces, an appetizer, and dessert or a drink. Located on the sixteenth floor of the Circle Tower in Causeway Bay, it offers some of the most delectable sushi sets in the city. If you have some more cash available, splurge on dinner here instead. Reservations are necessary.
Address & telephone number: Sixteenth floor, Circle Tower, 28 Tang Lung Street, Causeway Bay, Hong Kong, +852 2898 3399 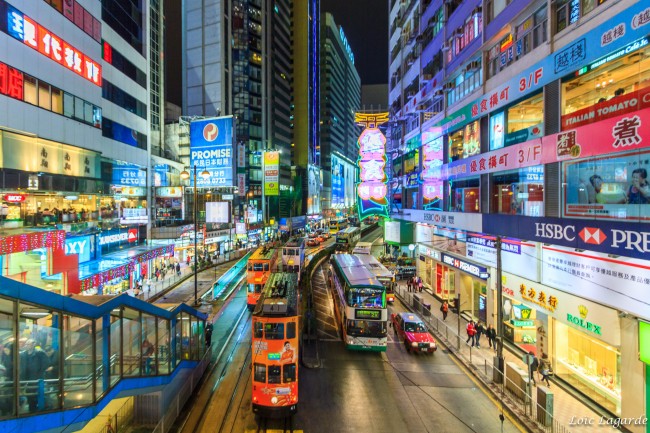 Bar, Sushi, $$$
One of the up-and-coming sushi spots in Hong Kong, Sushi Sase is a must visit when you’re in the vicinity of the city’s famed Hollywood Road. We recommend you try the omakase(chef-selected meal)either the more decadent dinner version or the cheaper mini-omakaselunch option, and make the most of the made-to-order and excellently paired sushi and seasoning combinations. Try to grab seats along the sushi bar, which has a capacity of 18, to watch the chefs at work.
More Info
Open In Google Maps
Baskerville House, 22 Ice House Street, Central, Hong Kong Island, Hong Kong
+85228150455
Visit website