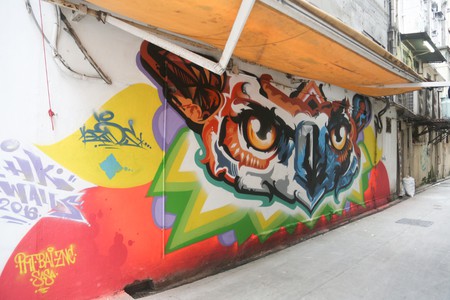 In the past few years, Hong Kong has seen a surge in vibrant street art and bold murals in its public spaces. Traditionally, Hong Kong has not had a strong street art scene, but a handful of urban art enthusiasts – including art gallery L’Epicerie Fine and a yearly street art festival, HKwalls – are trying to change that. Scroll down to see some of the burgeoning movement’s most spectacular works.

L’Epicerie Fine was founded by Baptiste Droniou. After studying in Paris, a city with a rich street art culture, he later moved to Hong Kong and opened the gallery to share his passion for street art. In addition to representing street artists, the gallery has collaborated with local businesses and restaurants to give artists a space to create their artworks.

Recently, L’Epicerie Fine has worked with artists such as French painter Julien Raynaud, who transformed the façade of La Cabane Wine Bistro on Hollywood Road, and French-born, Hong Kong-based artist Mat’U, who painted on the French restaurant Cocotte. See their work below: 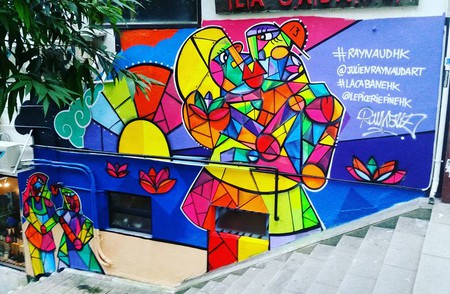 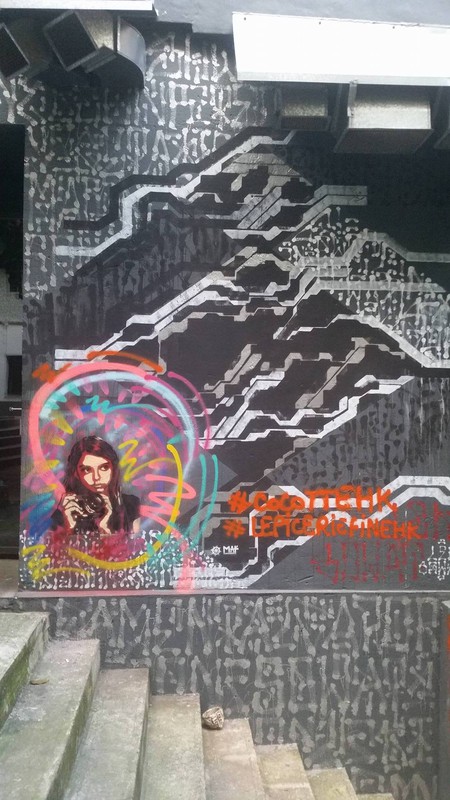 By Mat’U | Courtesy of L'Epicerie Fine

HKwalls, a grassroots street art festival, is now in its third year. The aim of this project is not to make guerilla-style, anonymous statements. Rather, it’s an effort to beautify community spaces. After successful ventures in the expat-heavy neighborhoods of Stanley Market and Sheung Wan in 2014 and 2015, HKwalls set it sights on transforming the working-class district of Sham Shui Po in 2016 and even secured a partnership with the American footwear company Vans. In the months leading up to the festival, its representatives approached neighborhood residents, asking tenants, landlords, and shop owners for permission to use their walls.

By Gas | Courtesy of HKwalls 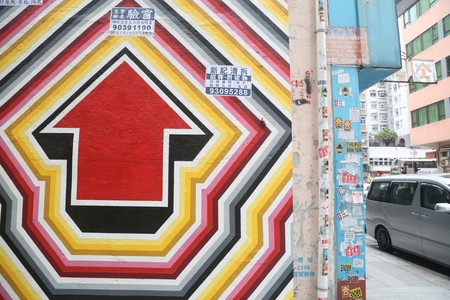 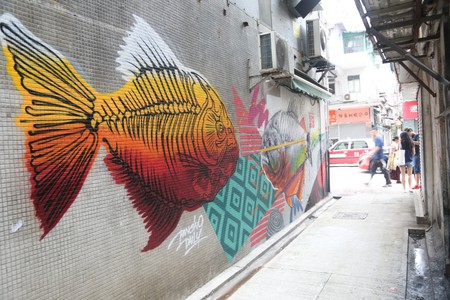 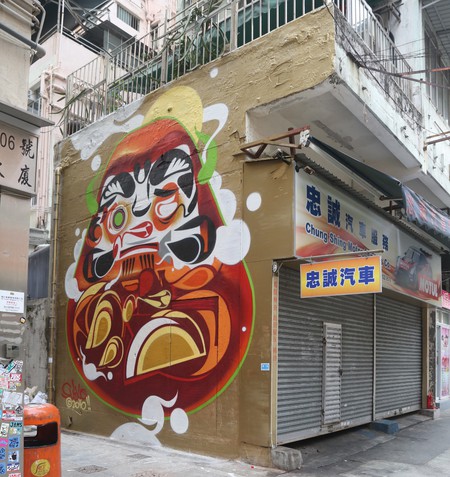 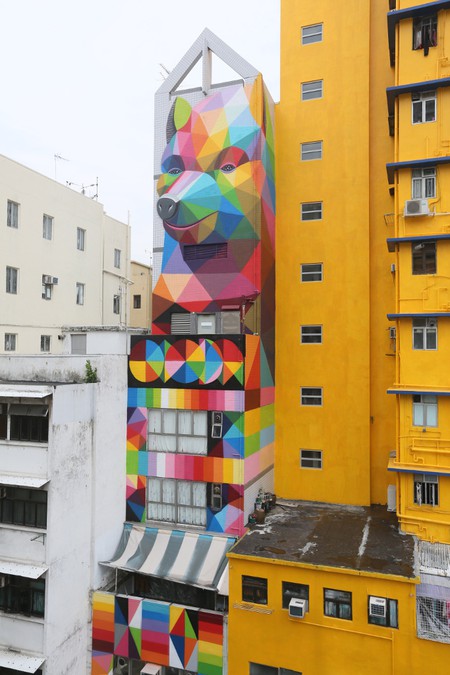 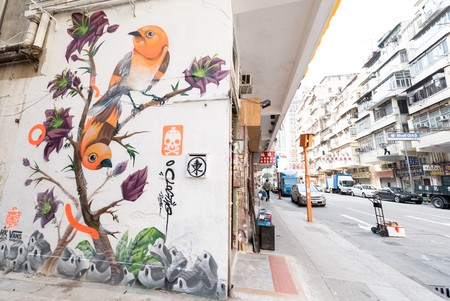 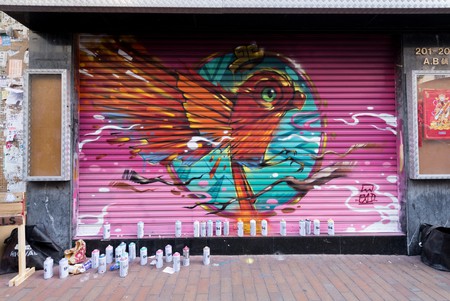