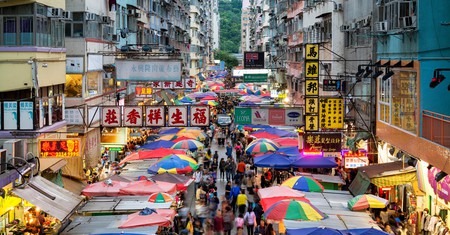 As one of the most densely populated places on the planet, it’s no wonder that Mong Kok, Hong Kong’s busiest neighbourhood, has a reputation as the city’s most crowded corner. Tourists from across the globe flock here for the vintage and thrift shopping scene, bustling markets and multicultural buzz. These 10 places provide the perfect launchpad from which to explore.

The Guinness Book of Records has crowned Mong Kok the world’s most populous district, with signs jostling for prominence, boutique shopping malls and neon-bathed markets adding to the rising wave of entertainment, nightlife and hospitality in the area. 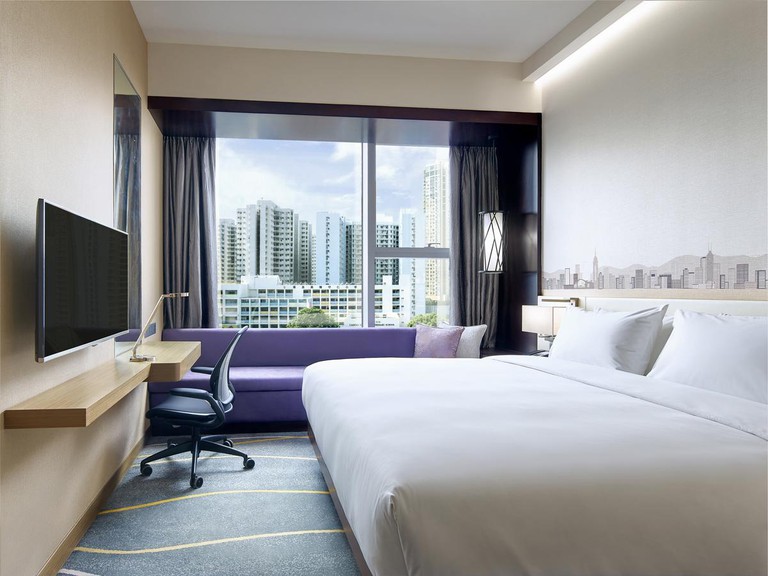 Surrounded by Kowloon’s bazaars and boutiques, this glamorous Hilton is situated in the thick of Mong Kok’s shopping district. The 258 guest rooms all feature floor-to-ceiling windows overlooking the harbour of the property’s luscious garden, but the most breathtaking views come from the dazzling rooftop pool, which offers panoramic views of the Hong Kong skyline. 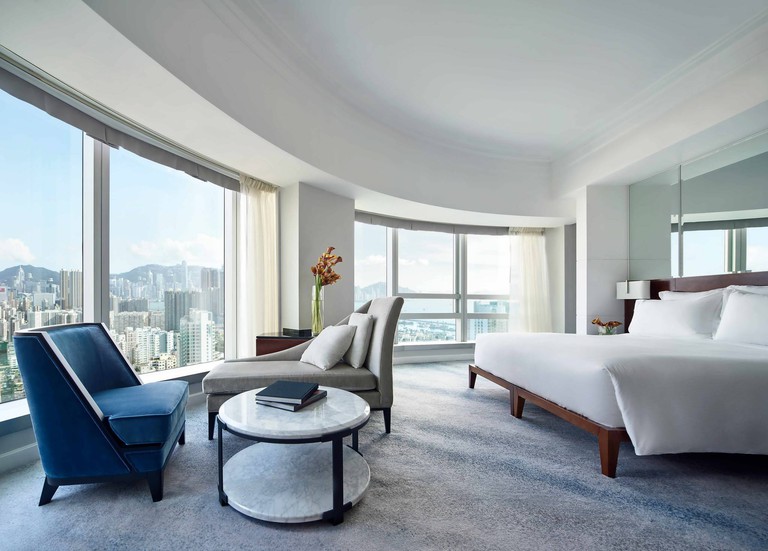 This huge five-star hotel has luxury ingrained in every one of its marble tiles. Neighbouring the glitzy Langham Place shopping precinct, Cordis contains 665 swanky rooms and suites, a heated outdoor pool, a fully equipped spa offering a menu of 60 treatments, four trendy European and Cantonese dining options, a sky-high club lounge, and all the other little touches that make a stay here worth five stars. 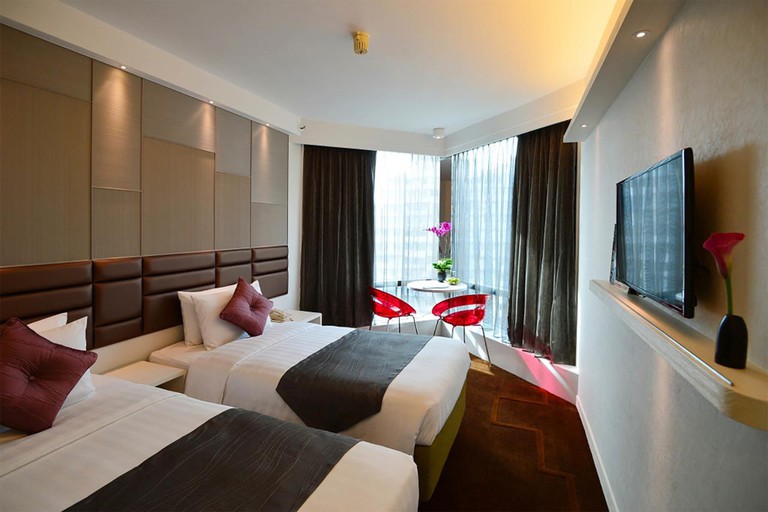 Just a short stroll from the must-see Nathan Road and Ladies’ Market, this four-star property is hands-down one of the hippest places to stay on our list. The 194 guest rooms are kitted out with ultra-contemporary furnishings, as well as a free in-room minibar, plus hearty meals that are served at Stanford’s café, bar and lounge. 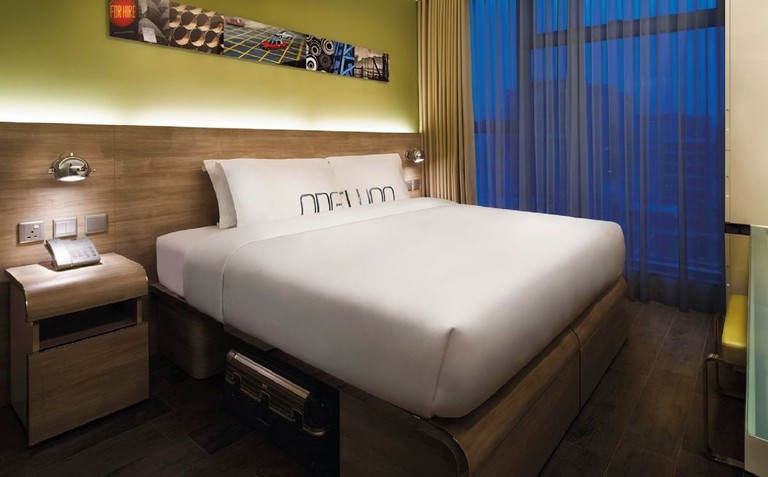 Lodgewood is an urban oasis amidst the chaos below. This boutique hotel showcases sleek and eco-friendly design throughout its 87 rooms, suites and apartments, which all come with montages of local photography that offer a glimpse into the culture of Mong Kok. Lodgewood’s personalised service and in-house Cantonese restaurant are additional highlights. 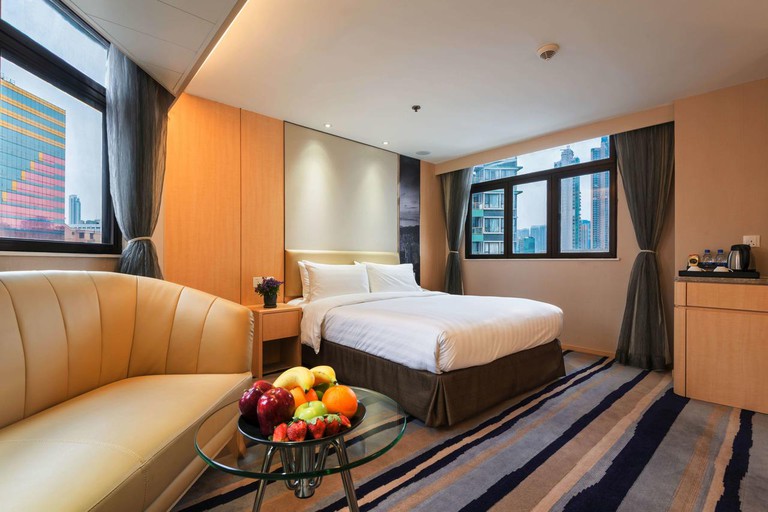 After a renovation in 2016, Metropark Hotel Mongkok has transformed into one of the trendiest places to stay in the area. The Metropark Hotel features 430 spacious guest rooms with spotless modern bathrooms, a fully equipped fitness centre, an on-site bar and coffee shop, as well as a mouth-watering restaurant that dishes up a classic afternoon tea and an irresistible seafood buffet. 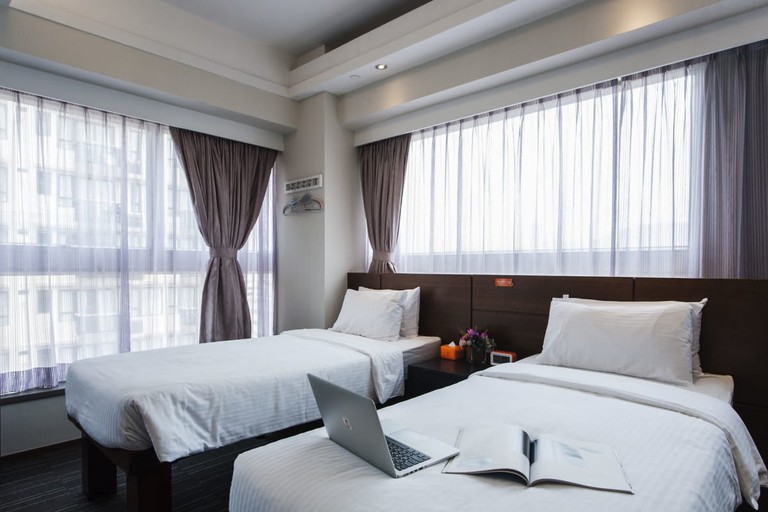 This independent hotel isn’t just another comfortable place to stay in the heart of Mong Kok — Le Prabelle puts social sustainability at the core of what it does. The hotel donates one per cent of its profit to charity, decorates its 50 rooms with artworks by local artists with disabilities, and sells souvenirs created by social enterprises from around Hong Kong. 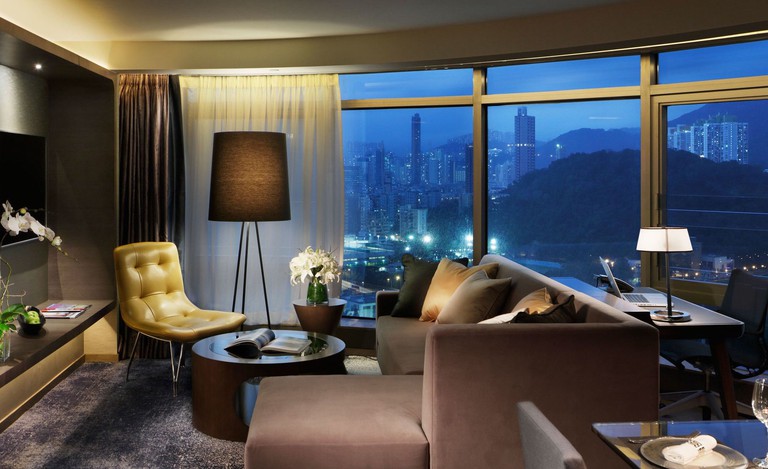 Every one of these 699 rooms exude elegance, but the deluxe suites with lofty views over Hong Kong’s dramatic peaks are the real showstoppers. Also featuring an upscale health club and four international dining options, the Royal Plaza enjoys direct access to the massive MOKO shopping mall that sits above the Mong Kok East MTR Station. 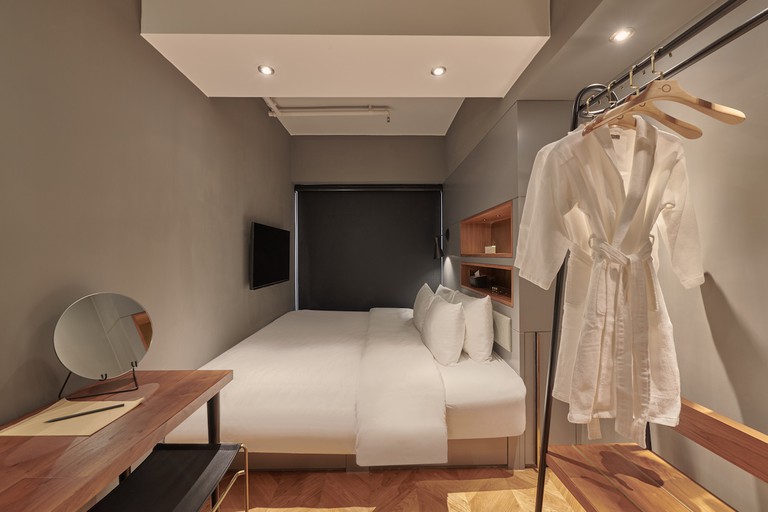 Having opened its doors in 2018, this chic Art-Deco boutique hotel is a cosier option compared to some of the other flashier hotels on our list. Up-otel’s 24 guest rooms come furnished with hardwood floors, brass bathroom fittings and moody dimmable lighting, while the entrance gleams with the neon lights that Mong Kok is famous for. 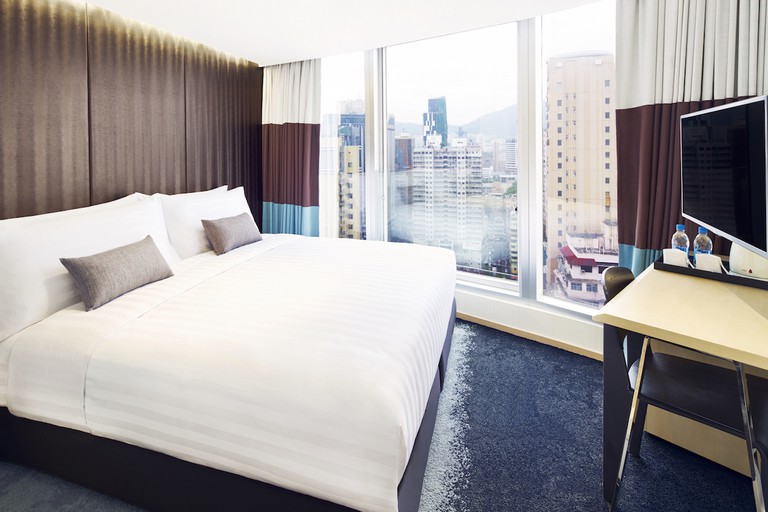 Tranquility meets vivaciousness at this polished property, which offers 61 well-appointed rooms secluded from the bustling streets below. Located only two blocks from Ladies’ Market, Hotel 108 is also one of the most affordable places to stay in the Mong Kok district. 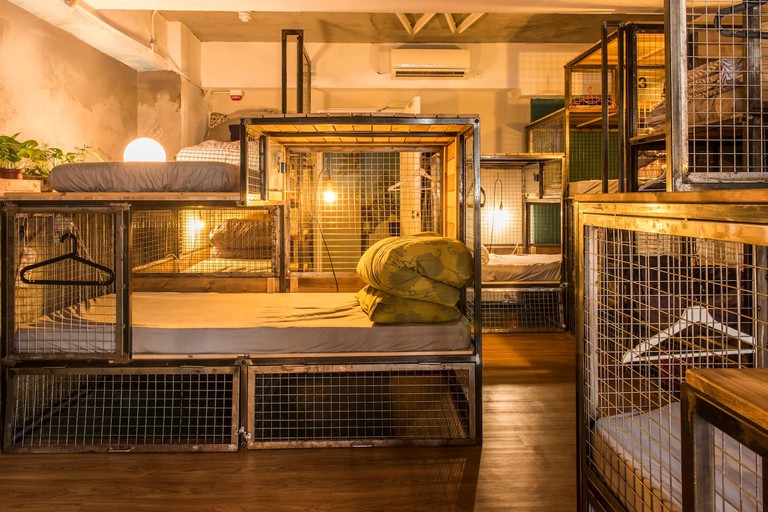 Wontonmeen is a super cool, stylish hostel that is bound to transport you to another realm. The property began as a cultural hub providing a workspace for arty types before adding funky dorm-style accommodation into the mix, complete with modern bunk beds, a communal kitchen, and chic common areas where you can chill out.

Looking for more hotel options in Hong Kong? Check out our pick of the best hotels in Tsim Sha Tsui, bookable with Culture Trip.