The 7 Best Parks in Hong Kong

The bustling metropolis of Hong Kong hosts a number of parks featuring pristine nature, rich bio diversity and complex histories that are largely unknown to visitors. Pay a visit to one of these seven tranquil enclaves of nature to escape the buzz of the city. 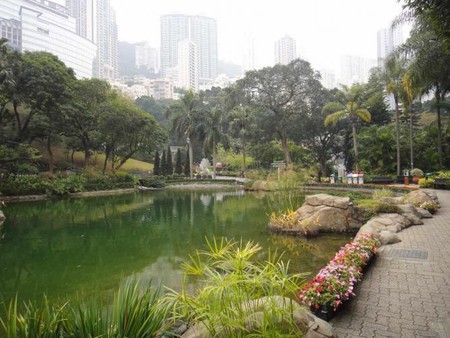 Nestled in the heart of the town, surrounded by looming skyscrapers, Hong Kong Park is a paradise for visitors to take a break from the sprightly pace of the city. Featuring a blend of modern city life and pristine nature, guests can take a stroll amidst trees, plants and flowerbeds. Aside from the tranquil atmosphere, another appeal is the historic buildings nearby, including Flagstaff House, Rowlinson House, Wavell House and Cassels Block, where visitors can gain knowledge of Hong Kong’s past.

Kowloon Park was once an army fortress named Whitfield Barrack. After being handed over to the Government in 1970, it was redeveloped into a public park spread out over 13 hectares. A variety of amenities cater to different age groups, including a swimming pool, a sports centre, a Chinese garden, a maze and plenty more. The renowned bird lake in the park is home to over 200 birds of 18 different species, ranging from the black-necked swan to the Mandarin duck. 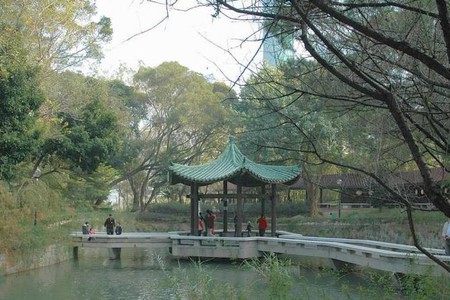 Named after Queen Victoria, this park houses a bronze statue of the monarch herself. An area of over 19 hectares makes Victoria Park the biggest park on Hong Kong Island, hosting a variety of mass events such as the Flower Market before Chinese New Year and lantern carnivals during the Mid-Autumn Festival. On normal days, visitors can enjoy a wide range of sports facilities, from football and basketball courts to foot reflexology paths. 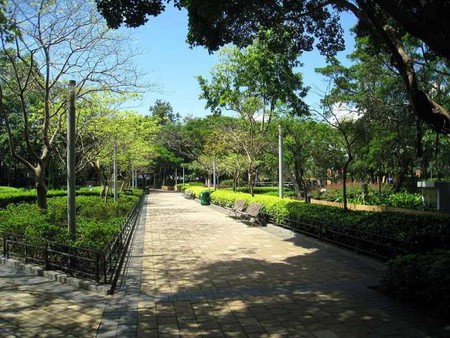 The Hong Kong Zoological and Botanical Gardens is one of the oldest zoological and botanical parks in the world. It’s perfect for any visiting nature lovers, boasting dazzling plants and oodles of exotic wildlife. A wide selection of gardens featuring different plants are up for exploration, from the bamboo garden to the camellia garden, magnolia garden and bauhinia garden. Visitors can also interact with the mammals, birds and reptiles that reside in the area, including the De Brazza’s monkey, red-crowned crane and elongated tortoise. 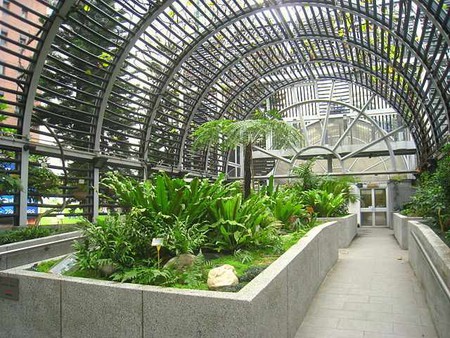 Greenhouse in the Hong Kong Zoological and Botanical Gardens | © Daderot/WikiCommons

Located in the new town, Tin Shui Wai, the wetland park demonstrates the hidden side of Hong Kong through showcasing precious natural resources and displaying the rich biodiversity of the archipelago. An amazing array of public activities such as playgroups, exhibitions and workshops are conducted to educate the public on conservation here. Interested visitors can also find out the secrets of mysterious undersea life in the Wetland Indoor Aquarium, take a glimpse at the crocodile at Pui Pui Home and make acquaintances with the endangered breeding black-faced spoonbill. 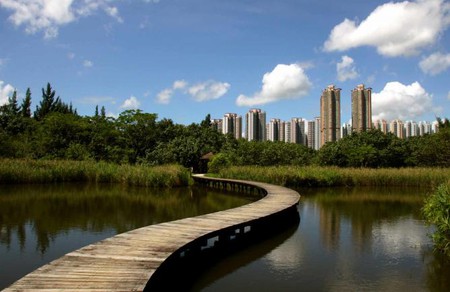 As a member of the Global Geoparks Network, this park comprises of the Sai Kung Volcanic Rock Region, featuring igneous rock, and the Northeast New Territories Sedimentary Rock Region, showcasing sedimentary rock. Aiming at conserving the unique land forms and landscapes of Hong Kong, the park consists of a number of islands, each demonstrating exclusive traits, such as High Island, with rare acidic polygonal volcanic rock columns, Tung Ping Chau, with the youngest sedimentary rock, and Wong Chuk Kok Tsui, with the oldest. 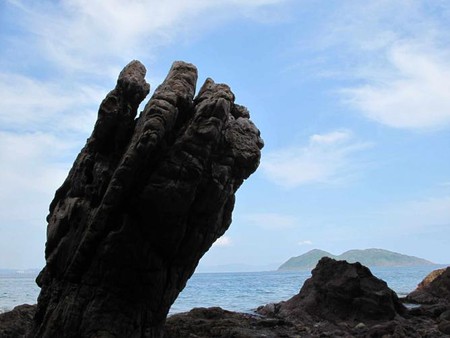 Situated on the site of the former Kowloon Walled City, a lawless town of the 20th century abandoned by both Chinese and British governments until 1987, Kowloon Walled City Park is one of the most historic sites on the islands. Visitors are taken back through ancient Chinese history by the traditional architectures based on the Jiangnan garden style of the early Qing Dynasty. The eight floral walks named by the plants and flowers alongside each, including pine tree, lotus-flowered, magnolia and pomegranate, are also worth exploring.