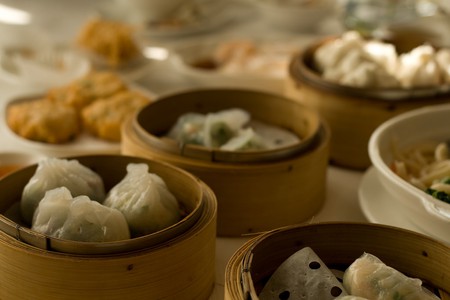 In Hong Kong, dim sum is enjoyed by locals and tourists alike. If you’ve never eaten dim sum before, you may be unsure of the proper etiquette surrounding this popular Cantonese ritual. Here are a few pointers to keep in mind before you get ready to dig in to a steamer of dumplings.

A phrase to keep in mind: yum cha

The phrase yum cha (飲茶) literally means ‘drink tea’ in Cantonese, and it refers to the act of drinking Chinese tea and eating dim sum. Tea is central to the dim sum experience – the moment you sit down, the first thing the waiter will ask you is what kind of tea you would like for the table. The most common types of tea include oolong, pu-erh and Dragon Well (locally known as longjing). 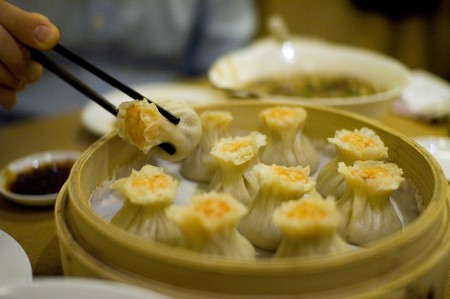 It is a highly communal activity

Although it is acceptable to eat dim sum in a group of two, it is more typical to arrive in a group of at least four or five people.

Traditional dim sum restaurants are large banquet halls, filled with round tables designed for group seating. There are usually dozens of dim sum items on the menu to chose from, and each dim sum order comes in a bamboo steamer containing bite-sized portions, meant to be shared around the table. The largest tables are equipped with a Lazy Susan, so dishes can be rotated around the table to each diner. 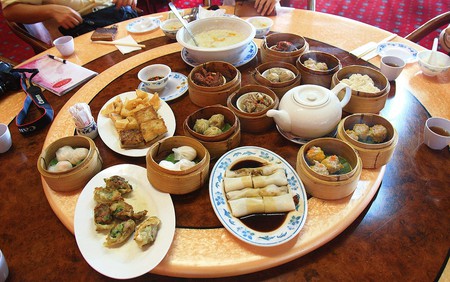 Of course, everything has already been washed in keeping with food safety regulations, but Hongkongers do this out of habit. Usually, a basin will be provided for the table at the beginning of the meal, which is used to dispose of the tea used to clean the dishes and utensils or chopsticks.

A helpful hint: the plate is the trickiest item to clean without spilling tea everywhere. To avoid a mess, position the plate over the basin and pour tea over it using your bowl or teacup.

Food is ordered via paper forms

Each table will have a stack of paper order forms. To order something, write down the number of steamers you want in the box next to the dish’s name. Once you’re done, wave your paper in the air and a waiter will come and pick up your form. You can continue to fill out more forms throughout the meal.

A warning: While most high-end tea houses offer bilingual menus in Chinese and English, some of the more local restaurants may only have menus in Chinese, so you may want to bring along a Chinese-speaking friend. 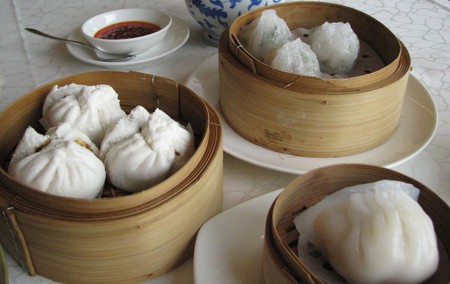 If you run out of tea, leave the lid halfway open

Just tilt the lid and rest it sideways on the rim of the tea pot opening. This will signal to the waiter that your pot needs a refill.

Pour tea for others before filling your own cup

Pouring tea for others first is a sign of basic politeness and correct table etiquette in Chinese culture, and is especially important if you are dining with elders.

In a similar vein, if you see that a steamer has only one piece of dim sum left, don’t lunge for it. It is considered gracious to urge others to have the last piece. 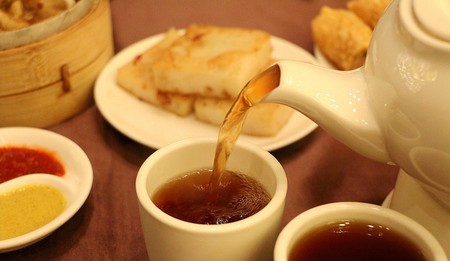