Where to See Lion and Dragon Dances in Hong Kong 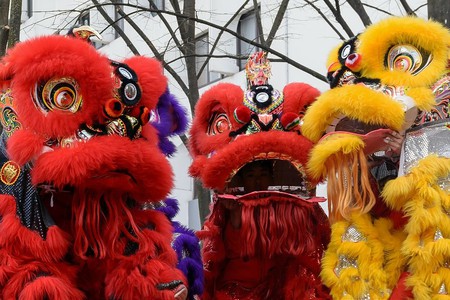 Nothing is more symbolic of Chinese New Year celebrations than the colourful and captivating lion and dragon dances. Here’s where to catch them in Hong Kong.

The tradition of lion and dragon dance dates back more than a thousand years. As well as being a visual feast and a dazzling display of acrobatics and rhythmic drumming, in Chinese culture these dances are performed as a ceremony to ward off evil spirits and bring good luck and fortune. Typically, lion dance is more common, as it requires less performers, but you can see both lion and dragon dances — especially during Chinese New Year and other major events.

Lion dance and dragon dance are often confused, but there is a difference. The easiest way to spot the difference is that lions usually have two performers (one to operate the head and the other the tail), while dragons require several performers to manipulate their much longer bodies. Dragons range from 80 feet long to a record-setting three miles long, and can be operated by as many as 15 performers. The longer the dragon the more prosperity and good fortune they are said to attract. 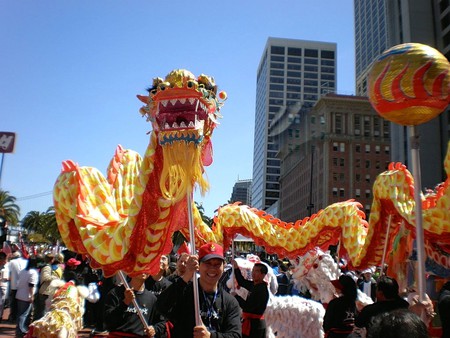 During the Chinese New Year, lion and dragon dances are performed all over Hong Kong. A good place to see them is at the Chinese New Year Parade on 16 February 2018 (Chinese New Year’s Day). Aside from the main parade, mostly lion dance troupes will give multiple shows over the two week celebration at various shopping centres, hotels, restaurants, and theme parks in the city.

Another popular spot to see the traditional dances is at Ngong Ping Village Sqaure – the home of the Big Buddha statue. Reaching the village requires you take a 25-minute scenic cable car ride – it’s worth it for the views alone. 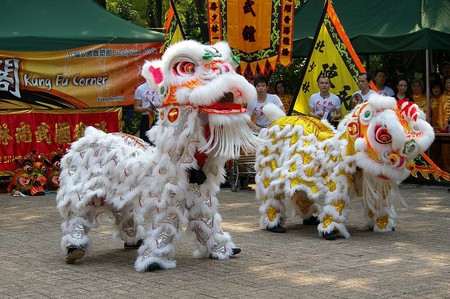 Where: The parade starts at Hong Kong Cultural Centre Plaza and continues along major roads in Tsim Tsa Tsui and Kowloon.
When: 16 February 2018, 8-9:45 p.m.
How much: Free

Aside from the Chinese New Year celebrations, if you happen to be in Hong Kong on the Western New Year’s Day, January 1, then you can catch the Hong Kong Dragon and Lion Dance Festival. This event is the biggest annual celebration of lion and dragon dances in the city. It’s really grown in popularity since 2011, when they organised the largest lion and dragon dance display in the world with a record-breaking 1,111 dragons and lions – this achievement set a new Guinness World Record.

On festival day, January 1, public squares and venues all over Hong Kong host lion and dragon dances before the festival culminates in a big parade. The parade typically features over 200 lions and dragons and usually begins in early afternoon in Kowloon at the Hong Kong Cultural Centre Plaza in Tsim Sha Tsui. 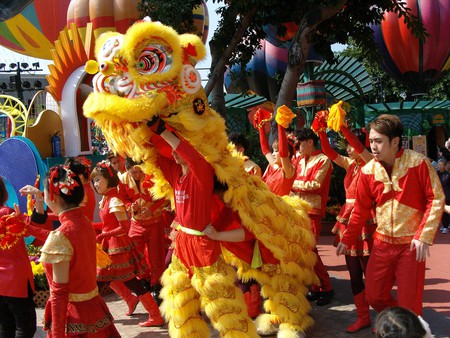