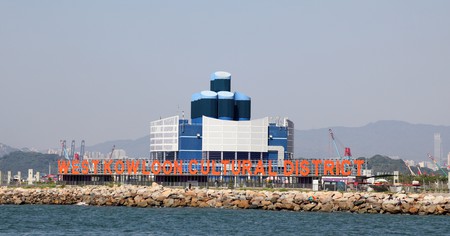 Asia is no longer the ‘other’ and the outsider of the design world, especially with the ambitious curatorial vision for Hong Kong’s M+ museum for visual culture.

The high profile team behind the M+ Museum includes Executive Director Lars Nittve who was the founding Director of the Tate Modern, chief curator Doryun Chong and design curator Aric Chen, along with the architectural design team from Herzog & de Meuron, have a formidable task before them.

Not only are the M+ curatorial team setting out to construct a visual culture museum that rivals global giants like MoMA in Manhattan, the Victoria & Albert Museum and the Tate Modern in London, but they are also seeking to define visual culture within a specific Asian context that has long been ambivalent towards design. Indeed, design itself has long been treated as a subset of architecture, standing on the periphery of rigorous theoretical and historical study.

According to design and architecture curator Aric Chen in an interview with COS: ‘We now see [design] as being much more nuanced and complex, encompassing the handmade and the machine-made, the physical and the virtual, as being both object based and experience based, created by both amateurs and professionals, and so on.’

M+ seeks to incorporate this transdisciplinary aspect of visual culture under a single roof, with a broad curatorial scope that encompasses and interweaves art, design, architecture and moving image with the aim of breaking down the walls — metaphorically and literally — dividing these disciplines. Whereas the 18th and 19th centuries in Europe saw a trend towards categorising and dividing knowledge into ever smaller units of speciality, Hong Kong’s M+ museum seeks to reflect a contemporary reality in which artistic movements towards interdisciplinary collaboration, where a designer can also act as photographer, artist and curator.

Behind the vision is the formidable task of building a museum from scratch — from defining a vision to designing a building that will house the works and acquiring and presenting the objects that will form the core of the museum. In June 2013, the West Kowloon Cultural District Authority (WKCDA), the governmental organisation behind the M+ museum announced the architectural firm of Herzog & de Meuron + TFP Farrells as the building design team that will design the M+ museum, which is scheduled for opening in 2017.

Meanwhile, the behind-the-scenes M+ team must put together a permanent collection that will serve as the core of the museum’s public programme. The task is to select a body of work that is both in accord with the curatorial vision as well as accessible to the viewing public — no mean feat.

The completed M+ museum will be integrated into the wider West Kowloon Cultural District, which seeks to develop Hong Kong into a world class city for arts and culture. Leading up to the opening of the M+ museum, located on the waterfront of Victoria Park, M+ and the WKCD are engaging the Hong Kong public through ‘nomadic’ offsite exhibitions curated by the M+ team. These include such as ‘Mobile M+: Inflation!’ where large scale inflatable installations were set up adjacent to the future museum site and public seminar series. 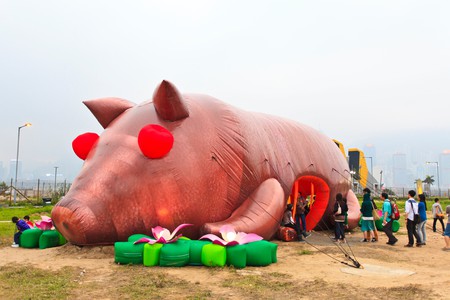 The ambition of the M+ museum is summed up by Chen: ‘There is no model, no museum of the scale and scope of what we’re hoping to achieve – certainly not in Asia. In design and architecture we’re trying to create a new narrative and define a whole new set of stories.