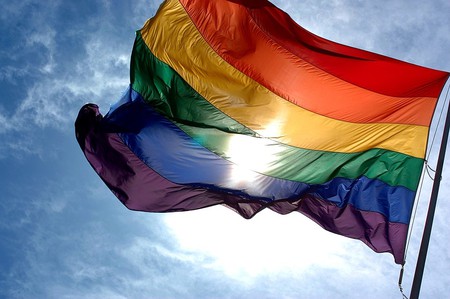 A British lesbian has won a landmark court case that will enable her to join her same-sex partner, who works in Hong Kong, on a dependent visa. Previously, dependent visas were only granted to heterosexual couples in Hong Kong, making this landmark ruling a major leap forward for LGBT rights in the city.

A British lesbian who moved to Hong Kong in 2011, after her partner was offered work in the city, has won a major court case against the Hong Kong Immigration Department to lift a previous ban on spousal dependent visas for same-sex couples.

The visa, usually given to heterosexual partners of foreigners working in Hong Kong, was originally denied because she was not considered a spouse, the woman said.

In Hong Kong, where attitudes towards homosexuality remain conservative, same-sex marriage is banned. However, in what some see as a contradiction, discrimination based on sexual orientation is illegal. 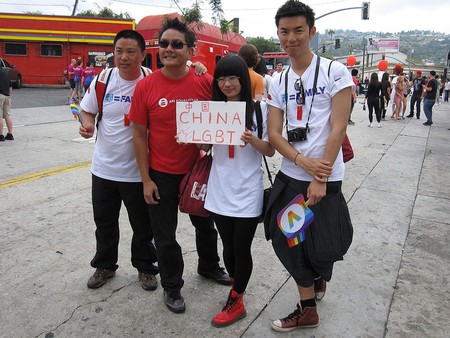 The woman, identified only as QT, entered a civil partnership in England just months before she moved to Hong Kong in 2011 with her partner SS, who had been offered a job in the city.

QT applied for a judicial review after the Hong Kong Immigration Department rejected her application for a dependent visa. She lost her case at the Court of First Instance after the presiding judge ruled that QT’s request was effectively asking the department for ‘backdoor’ recognition of same-sex marriage.

However, undeterred, QT appealed the ruling, and at Hong Kong’s Court of Appeal on Monday, the judges said that it could not be suggested that granting dependent visas to gay couples would endanger the institution of marriage.

In the unanimous ruling by three judges, the Court of Appeal said immigration authorities had ‘failed to justify the indirect discrimination on account of sexual orientation that QT suffers’.

‘Times have changed and an increasing number of people are no longer prepared to accept the status quo without critical thought’, chief judge Andrew Cheung wrote. 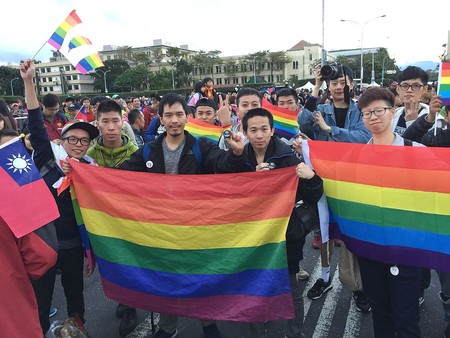 As a result of the ruling, Hong Kong’s Immigration Department has been ordered to work together with QT on an agreement and submit it to the court within 28 days.

Hong Kong’s LGBT campaigners welcomed the decision with Ray Chan, the city’s first openly gay lawmaker, describing it as a ‘big win for same-sex dependents to apply for visas to stay in Hong Kong’. Chan hopes that the Hong Kong government will eventually set up a ‘civil union system’, which would at least grant LGBT people the same rights as their heterosexual counterparts.

Homosexuality was legalised in China in 1997 (before that it could be prosecuted under a law banning hooliganism). However, as far as same-sex marriage is concerned, it remains illegal for the time being.