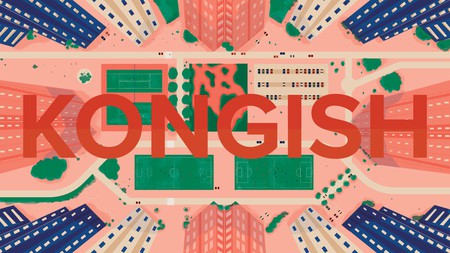 A Hong Kong style of English known as Kongish has gained popularity in recent years, with one phrase even earning itself a spot in the Oxford English Dictionary. The language has enabled young Hongkongers to establish a strong identity amid fears that their home is increasingly coming under Beijing’s influence.

It was September 2014, and Central Hong Kong had come to an uncommon standstill. The usual endless flow of traffic was forced to a halt as thousands of protesters blocked roads and paralysed the city’s financial district. It was the biggest show of civil disobedience the city had ever seen. The protesters were calling for a democratic election process, refusing to move until both the Beijing and local governments agreed to implement a new system.

As much as it was a campaign for democracy, it was also a fight to maintain Hong Kong’s distinct identity, one that many local people felt was under threat from increased integration with mainland China and the greater curbs on freedoms that would bring. One particular expression of this identity that rose to prominence during the three-month protest was Kongish.

The language mostly comprises literal English translations of Cantonese sayings. One well-known Kongish expression ‘add oil’ – used to express support along the lines of ‘keep it up’ – was even added to the Oxford English Dictionary in 2018. This addition came after the usage of ‘add oil’ increased exponentially during the 2014 protests, as young demonstrators and their supporters used it frequently, both in speech and online, to encourage each other to keep on going. 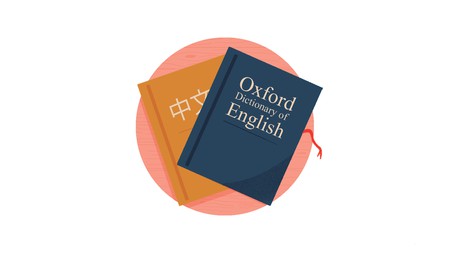 Although Kongish phrases have only made their mark on the dictionary recently, the language can be traced back to the late ’90s and the early days of the internet.

“Unlike school, where you were forced to write and speak proper English, the internet has no rules,” says Alfred Tsang, an English lecturer at Hong Kong’s University of Science and Technology. “This lack of restriction facilitated the rise of this Cantonese-English fusion.”

“Kongish means Hong Kong-style English, which is not necessarily grammatically correct, nor does it makes sense to overseas audiences,” explains Soft Liu, lead singer of Hong Kong indie band GDJYB who write all their lyrics in Kongish. “It’s the way some Hongkongers express themselves throughout their daily lives. For example, we text our friends like, Tonight eat mud? (What shall we have for dinner tonight?), What tsat you say? (the equivalent of ‘WTF’. Tsat is a foul language word in Cantonese, but has been inserted in the sentence to imply a question) or I holand like you (I like you very much).”

Liu says that the more recent popularity of messaging systems such as WhatsApp has made some locals too lazy to type in full sentences, which has also contributed to the rise in Kongish usage. “For example, if I would like to ask my friend, ‘Do you want to hang out with me tonight?’ I would type Tonight come ng come out? instead,” she explains.

The members of GDJYB recognise that, aside from being a by-product of laziness, Kongish has become a badge of identity for a growing number of young people in the city. “Kongish is a representation of local culture to us,” says Liu. “We would like to introduce Hong Kong’s culture to international audiences through our songs; Kongish as a language is a great means for us to do so.” 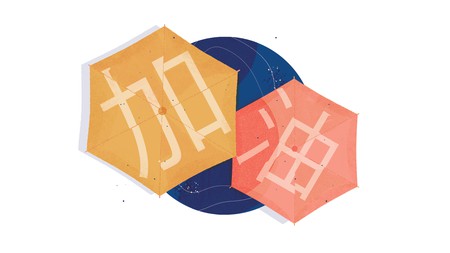 Further evidence of Kongish’s popularity has been observed by three local English lecturers who launched ‘Kongish Daily’, a Facebook Page dedicated to collecting examples of the language, in August 2015.

The trio were surprised by the immediate popularity of ‘Kongish Daily’; their first post in Kongish attracted more than 10,000 Likes overnight, and the Page itself now has close to 50,000 Likes. It’s become a leading public platform for the language. “Until we launched the Page, it was a language mostly used between persons messaging one another on private platforms,” says Nick Wong Chun, a lecturer at the Language and General Education Centre at Tung Wah College. “I think our Page has played a part in helping people to see that it’s actually not so wrong to express themselves in Kongish.”

Chun refers to what he calls the “grammar police” in Hong Kong who are known for criticising people online for writing incorrectly, even in casual internet chat. But unlike Chinglish, which was born of involuntary mistakes, Kongish is deliberate in its intention to violate the rules. “When people write Chinglish, it’s usually due to their low English proficiency; they are trying to write English but, due to limited knowledge, fail to do so,” says Pedro Lee Lok-yi, a local English lecturer. “With Kongish, they are deliberately writing using a form of English that they are comfortable with.”

Although some purists have criticised the language for its potential to erode standards of English, the founders of ‘Kongish Daily’ are quick to jump to its defence. Lok-yi likens it to fusion cooking. “Just because you experiment and make some fusion dishes, it doesn’t mean that you will lose the ability to cook a pure Chinese dish or a pure Western dish,” he says. 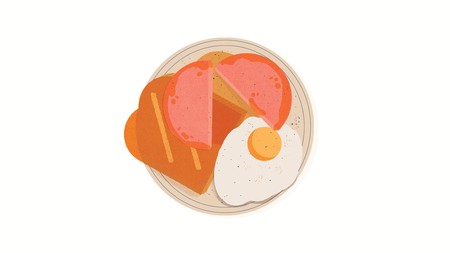 Despite the criticism, Kongish continues to go from strength to strength. The three lecturers remain confident in its future. “For us, Kongish is the son of English and Cantonese and so we want to protect it as we would our mother tongue,” says Chun. “It’s an expression of our local Hong Kong identity and I believe it’s here to stay.”