Lars Nittve is a legend in the art world. The founding Director of London’s Tate Modern as well as museums in Sweden and Denmark, he is currently Executive Director of Hong Kong’s long-awaited M+ Museum, due to open in 2018. In a new series of interviews with the art world’s leading figures, The Culture Trip partners with Artshare.com, who talked to Nittve about his take on Asia’s booming contemporary art scene.

The Culture Trip partners with artshare.com on a series dedicated to revealing fresh perspectives on Asian art by the art world’s leading figures.

If you look back in the history of 20th century, some museums definitely have sort of acted as models for others who started out museums. The big role model for a long time, and probably in many ways, is still the Museum of Modern Art in New York. If you are creating a museum or running an internationally oriented museum, you are sort of looking at these as benchmarks. There are no real benchmark museums in Asia.

Does Hong Kong have the basic climate to establish a world-class museum?

I think in Hong Kong, we have the basic climate in order to create a museum of this type. We have an outward looking city, a very international climate. We have, of course, freedom of expression, the rule of law, things like that which are critical to make it happen.

How does the M+ collection compare to those of other museums you directed?

I think it’s going to be very different actually, first, because it is not only an art museum. I have been running art museums before. This is a museum of visual culture, so we also collect and will be making exhibitions and so forth of design, architecture, and what we call moving image, which is cinema, but also other forms of moving image. That’s one thing. Of course you could say that this is what MoMA has been doing for a very long time. But we also aim at putting all these different disciplines into dialogue with each other to reflect, I would say, a quite Asian situation, where actually the fluidity between the different categories are almost the rule rather than the exception. Another, maybe even bigger difference is that we don’t take Europe or America as the position from where we look at the world. We actually look at the world from a Hong Kong, China perspective. That means, at the core of a collection will be from here, from Hong Kong, from China, from Asia.

What role does the Sigg Collection play in the M+ acquisition of works?

I think what the Sigg donation did, the fact that we got the Sigg collection so early was that it created an anchor in the collection. It’s one of the things that we could sort of relate to when we continue to build around it and we expand from it. This was part of my strategy from the beginning, because I felt it was quite daunting to start building a collection from scratch. And I was really thinking through how did it happen with other major museums in the world. And if you study their history, they always start with one, two or three major donations. And then you build around these donations. That means, that, regardless of how we develop the collection further, we will always have the best collection in the world of Chinese contemporary art from the mid-70s till about 2010 or so. 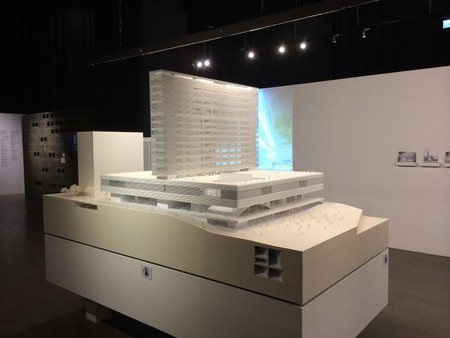 What do you think of the sharp growth of private museums in China?

Some will be sustainable and some will not be, some will disappear, some won’t even open even though they are announced. And I think that one way to look upon it is that it is not so different from what happened, say, a hundred plus years in the US, where actually many of the museums we know now as major public institutions actually started as private museums. There were private benefactors behind them, whether it was Mr. Whitney or Mr. Guggenheim, or someone else, or the three ladies that started the Museum of Modern Art. They all started like private museums. I think what is critical is of course the sustainability, that they are able and willing to stay on for a long period of time, and then, the reason for their existence, What is their raison d’être? American museums that I mentioned, their long life and their position in the art world now is a consequence of the fact that they had a very strong public service ethos from the beginning. They were there to create a meeting place between the art and the public, and they were there for those two parties in a way. Those Museums with that perspective, that they are there not just to be the jewel in the crown in a property development but for the art and the public, and have some sort of funding situation that make them sustainable. I think there is no reason to moralise about private or public. I mean, they can be equally good.

What do the record breaking auction result in 2013 tell us about the art market today?

The art market is such a strange creature because, almost compared to anything else that you buy and sell, there are no other values than [the one] in reality. An artwork is only about supply and demand in a way. Someone is prepared to pay the price, and then that’s the value of that artwork. And that, of course, can make it very volatile as well because there is no truth to that value in a way. You can’t calculate it in any proper way. It’s all about supply and demand. Therefore I am not sure if one should even talk about bubbles when it comes to the art market. If that’s the price, that’s the price. And it may be going up or it may be going down again and then up again. I think there’s a tendency sometimes to moralise about art prices. I don’t think one should do that, you should just accept them as facts. Someone was prepared to pay that price, that’s fine. That’s the value of that artwork. So I think we should be pretty cool about it.