How Hong Kong’s Victoria Harbour Came to Define the City 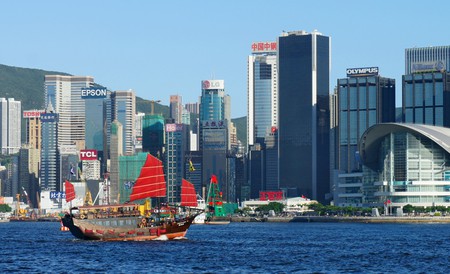 London without Big Ben, New York without the Statue of Liberty, Paris without the Eiffel Tower – take away those signature landmarks and the cities wouldn’t be the same. For Hong Kong, a city founded on trade, it’s the Victoria Harbour that remains its most important asset.

Hong Kong owes its prosperity and international reputation as one of the major cities of the world to its harbour. The Victoria Harbour lies between Hong Kong Island and the Kowloon Peninsula; as one of the world’s most renowned deep-water harbours, it remains Hong Kong’s greatest natural resource.

Indeed, Hong Kong’s Chinese name (香港) literally means ‘fragrant harbour’, which has since been adopted as the city’s nickname. The harbour was instrumental in Hong Kong’s development after it was established as a city by the British in 1842 and subsequently transformed into an international trading centre. 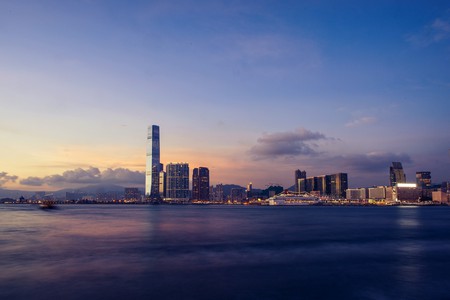 Victoria Harbour’s deepest point is at Lei Yue Mun, which is about 43 metres. The average water depth is 12.2 meters, which allows for 10,000-tonne ships to be able to move through the harbour at any time of the day.

The harbour is still seen as a key gateway to trade with China. A constant parade of container ships sails in and out of its waters. Currently, the harbour is home to the fifth busiest port in the world and in 2016 handled 19.813 million TEUs of cargo.

The Kwai Tsing Port serviced its first container ship in 1972 and never looked back. The port grew, and by the 1990s it was the largest container port in the world. It held the ranking for a decade, as Hong Kong became the main international trade gateway to China. 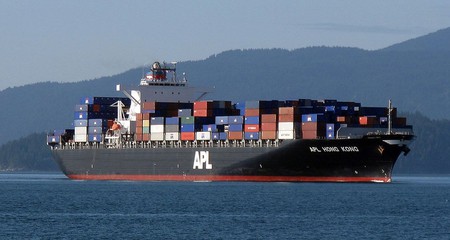 In more recent times, other nearby ports in Shanghai and Singapore have taken the lead, but Hong Kong is still massively dependent on its famous harbour.

Furthermore, cruising around the Victoria Harbour and taking in the sights is a wonderfully relaxing way to see the city. Fortunately, there are a variety of harbour tours and cruises that make it a worthwhile activity during the day or in the evenings when the city is illuminated. Aqua Luna is one of the most popular harbour cruise operators. 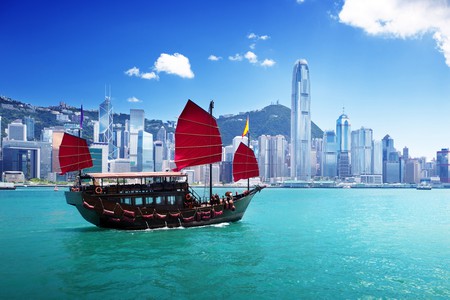 Alternatively, you can take a stroll along the harbour promenade and enjoy spectacular views of the Hong Kong skyline, which is home to more skyscrapers than any other city in the world.

At night, you won’t want to miss ‘A Symphony of Lights‘, recognised by Guinness World Records as the largest permanent light and sound show on the planet. The spectacle is free for general viewing at 8 p.m. every evening. 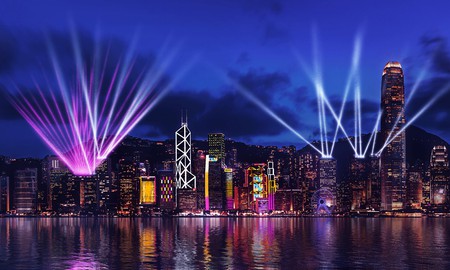 With laser beams and lights installed on top of the city’s numerous skyscrapers, the light show has become a favourite to watch among both visitors and locals. It’s best viewed from the Tsim Sha Tsui waterfront outside the Hong Kong Cultural Centre.