How Hong Kong Got Its Name 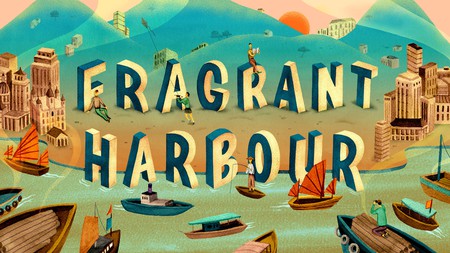 How Hong Kong got its name | © Andrea Wan / Culture Trip

An ancient trade in fragrant incense holds the answer to how the city earned its name.

The name Hong Kong is actually a phonetic translation of the city’s Cantonese name 香港 (heung gong), which literally means “Fragrant Harbour”. Over the years, Hong Kong has been given a number of nicknames. It has tried to rebrand itself as Asia’s World City. It has also been called the vertical city, for its density of skyscrapers, but the name that stuck and has persisted for centuries is “Fragrant Harbour“.

Historians believe “Fragrant Harbour” was a name inspired by the city’s past as a major trading post for fragrant incense. In particular, agarwood, known as the “King of Incense” – just two ounces of precious agarwood resin can sell for thousands of dollars.

During the Ming dynasty (1368–1644) and early part of the Qing dynasty (1636–1912), the villages surrounding Hong Kong, now known as New Territories, were noted for the production of incense. Agarwood was shipped, by junk boats, from a port in Hong Kong’s Aberdeen Harbour to provinces in China, Asia and even as far as Arabia.

Because of this exportation of incense, the port in Hong Kong’s Aberdeen area was called “the incense port” or “fragrant harbour” by the local boat people at the time known as Sui Seung Yan. “Hong” and “Kong” are the words for fragrant harbour as pronounced by the Sui Seung Yan in their Cantonese accent. The story goes that when British colonists arrived in the 1840s, they could smell this wonderful fragrance burning and the name stuck and was applied to the whole island.

Before the British invaded Hong Kong in the 1800s, the area counted only around 7,500 inhabitants. These local villagers started planting trees around Hong Kong, known as Aquilaria sinensis, believing these trees had good feng shui. To this day, practitioners of feng shui believe that the wood that forms in these trees, agarwood, contains special and auspicious energy (qi) that can improve luck, health and environment, especially when burnt as an incense to release its purifying scent and spiritual energy.

The villagers discovered that when insects or extreme weather started to attack the trees, they would repair themselves by producing a dark resin. This resin became known locally as Cham Heong, which is also commonly referred to as agarwood resin.

But for as long as there have been agarwood trees in Hong Kong, there have been poachers. Ho Pui-han, a local conservationist, explains that there has been a long tradition of cutting these incense trees in southern China. “The poachers call the resin ‘black gold of the forest’”, says Pui-han. “It’s sometimes worth millions of dollars and so these poachers are crazy for it.” The resin the poachers extract from the trees can be used for incense sticks, for worship, for perfumes and the wood is used for carved sculptures of Buddhist figures.

The incense trees have also long been used in Hong Kong for Buddhism and Taoism. Followers believe that the fragrance of agarwood can induce clarity, peace of mind and ward off bad luck. It’s used for offerings, in meditation, scripture, chanting and in other holy ceremonies.

Small amounts of agarwood resin are used for creating incense chips and even these can sell for around HK $58,000 (£5,620) per kilogram. Larger logs of agarwood, often sold as hand-carved sculptures, can be sold for millions. Today, the resin is often distilled to create oud oil – an oil that has become a highly sought-after ingredient in high-end perfume, selling for up to HK $300,000 (£29,075) per kilogram.

Agarwood is also a sought-after commodity for practitioners of Traditional Chinese medicine (TCM). Herbal pharmacists have used agarwood resin for centuries as a sedative, pain killer, digestive aid and even as an aphrodisiac.

However, due to deforestation and poaching, the agarwood trees have greatly declined in numbers, especially in Hong Kong. “They are nearly extinct”, says Pui-han. “Maybe less than 300 trees remain in Hong Kong.”

In response to the mass poaching and felling of the trees, the Hong Kong government announced a protection action plan in 2017. The plan involves protecting the remaining valuable trees with iron fences and installing cameras to monitor targeted areas. “So far, it has helped to save some of the remaining trees”, says Pui-Han.

Meanwhile, companies like Asia Plantation Capital are working with local farmers to invest in agarwood plantations where the wood can be harvested in a sustainable way. In April 2014, they teamed up with a local farmer in Hong Kong to plant 1,000 saplings. They have also worked with the Association for the Ecological & Cultural Conservation of Aquilaria Sinensis to help educate and promote the protection.

Despite ongoing efforts to protect the trees, conservationists like Pui-han say that poachers are still very active today and are searching and chopping the remaining incense trees that have not been fenced. However, while uncertainty hangs over the future of the trees, it’s safe to say they formed an integral part of the early incense trade that first put Hong Kong on the map and have secured their legacy by inspiring the city’s enduring name.