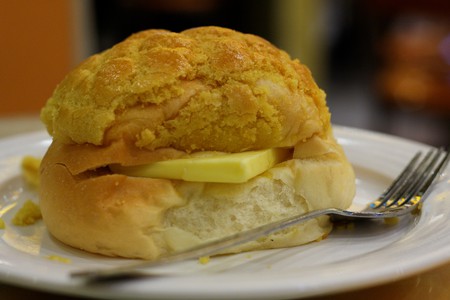 Walk down any street in Hong Kong and you’re bound to come across a bakery that entices you through its doors with the beautiful aroma of baked goods. The options available are full-bodied, rich in flavour, and thoroughly enjoyable no matter the time of day. There’s something for everyone, from the savory to the sweet; you’ll just have to come back for more.

This is a very popular snack in Hong Kong that can be found just about everywhere you look. They are derived from the Portuguese custard tarts via the Portuguese colony of Macau, and are usually made of two main pastry crusts: shortcrust or puff pastry. Today, egg tarts are more recognizable as a dim sum delicacy and have even grown with regards to variations of flavour, apart from the beloved original, you can find chocolate tarts, green tea tarts and even bird’s nest tarts. 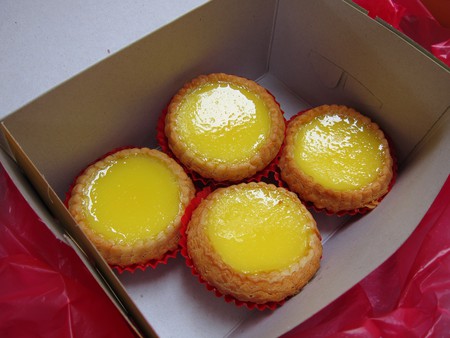 The pineapple bun, also known as boh loh bau, is so called not because it contains pineapple, but because of the special baking technique that gives this tasty treat it’s pineapple-like topping. Resembling the skin of a pineapple, the top of the bun is made from a cookie-type dough that comes out crunchy, sugary, and golden brown, whilst the bottom half is made from a simple bread dough that is a little sweeter than Western bread. For a typical serving, the bun is usually sliced in half and served hot with a slab of butter melting in its middle.

This is another popular bun that is commonly eaten in Hong Kong. The bun is filled with a sweet winter melon, almond and sesame paste all encased with a thin layer of flaky pastry that is glazed with an egg wash. These cakes were said to have originated within Guangdong province when a woman was highly praised in public for making such a delicious treat. Her husband proudly declared that they were his ‘wife’s cakes’, and the name somehow stuck. 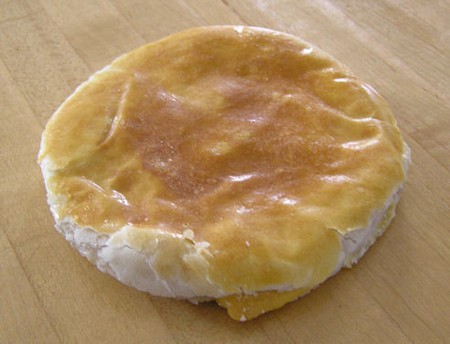 Though these are not normally found in a bakery, it’s impossible to walk down the streets of Hong Kong and not come across a vendor making these delicious egg puffs, you can smell them a mile off, and it’s hard to resist the call of these sweetened egg-y snacks that are crunchy on the outside and soft on the inside. Now, you can even find them in a range of flavours from the the usual (chocolate, strawberry, and coconut) to the unusual (matcha green tea, red bean, black sesame). 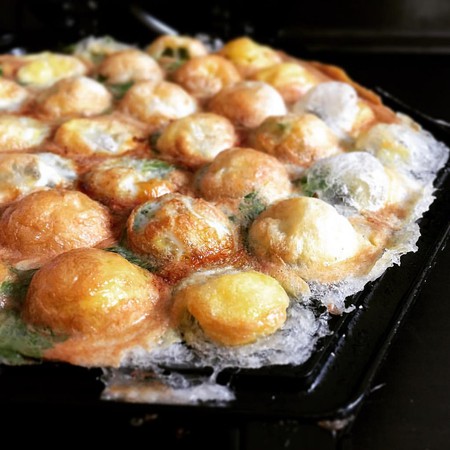 These are usually eaten during the Mid-Autumn Festival, a festival for lunar worship and moon-watching and these cakes are considered a delicacy. Typically, mooncakes are round, sweet pastries that are filled with a variety of flavours such as red bean or lotus seed paste, and will sometimes include the yolk of an egg. They’re rich in flavour, so they can only be eaten in small wedges and more often than not accompanied by a Chinese tea that helps to cleanse the palate after indulging on this calorific sweet treat. 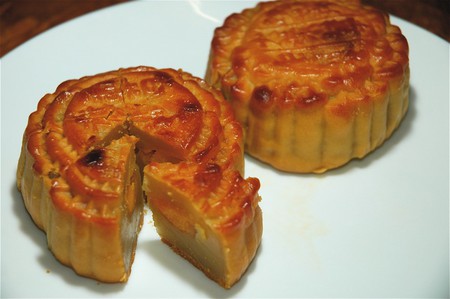 A savoury alternative to those wanting to steer clear of cake and pastry, although the bread is still sweeter than you would expect. It’s essentially considered the equivalent of a sausage roll and can be found in most bakeries around Hong Kong. They’re soft, they’re fluffy, and the sausage doesn’t taste too bad either, it makes for a great breakfast or lunchtime snack when you’re on the go. 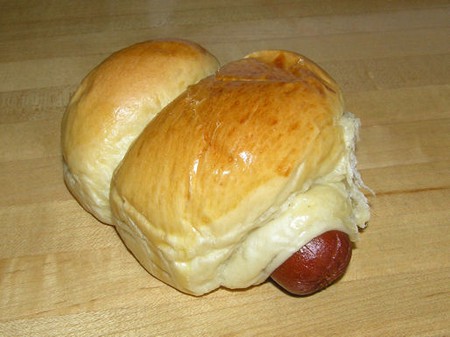 Despite its name, the Swiss roll is believed to have originated in Germany, Austria, or Hungary; it was popular in England and former British colony, Hong Kong. The Hong Kong version of the Swiss roll is usually of a lighter variety, never pre-packaged and sold fresh everyday. There are now a number of variations in flavour, but the ones that have been most popular in Hong Kong have been the original made with a whipped cream filling, chocolate and mango. 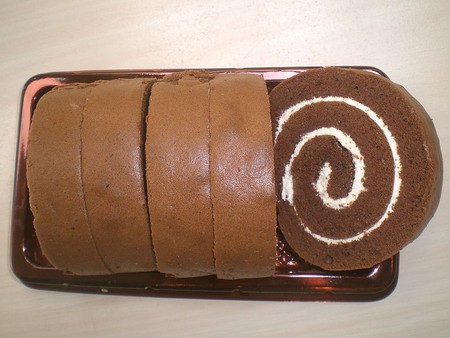 Also known as Hong Kong Pai Bao, Asian sweet bread, or Hokkaido milk bread, these are a staple in bakeries around the city and will definitely be an item of nostalgia for those who lived in Hong Kong as kids. This bread is pillow-y soft and melts in your mouth with just a hint of sweetness to it. 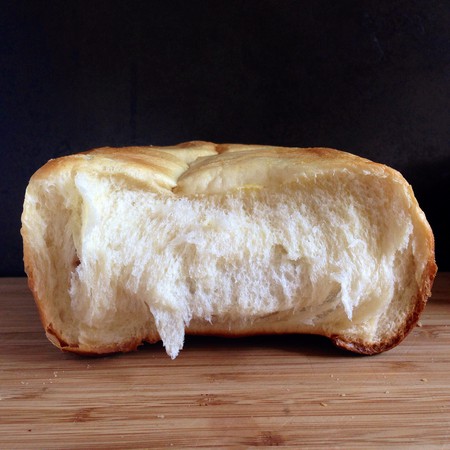 Usually made with ground almonds, these biscuits have become a staple in many bakeries throughout Hong Kong and Macau. They may be small and crumbly, which sometimes makes it frustratingly messy to eat, but they certainly aren’t lacking in substance. They’re nutty, they’re creamy, and they’re crunchy; the perfect snack. 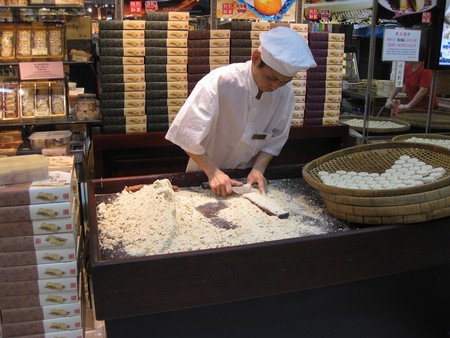 These are relatively new to the Hong Kong bakery scene in comparison to the old-time legends, however they are certainly worth mentioning. Originating from Japan, these cheese tarts are double baked (first the pastry casing, and then the cheese filling) and made fresh with only one flavour available, great for the indecisive out there! If you’re a big fan of cheesecake, you’ll definitely love these. They’re rich in flavor and the contrast of crunchy pastry to smooth cheese filling is perfect and enjoyable hot or cold. 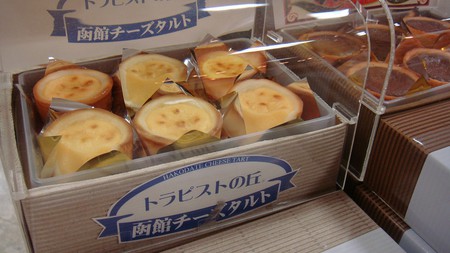 © David McKelvey/Flickr
Give us feedback