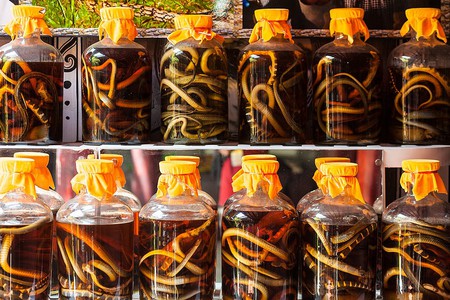 There’s not much in the way of food that you can’t find in Hong Kong – some highly praised and some that continues to stoke widespread concern. From shark fin soup to snake soup and turtle jelly, here are the dishes that come served with a big side of controversy.

Topping the list of controversial dishes in Hong Kong is shark fin soup. The popular delicacy is commonly served at weddings and over Chinese New Year as a symbol of class and wealth. The soup is made of shark fin and is usually flavoured with chicken stock. The fin itself is tasteless and has no nutritional value, it is used purely for texture. 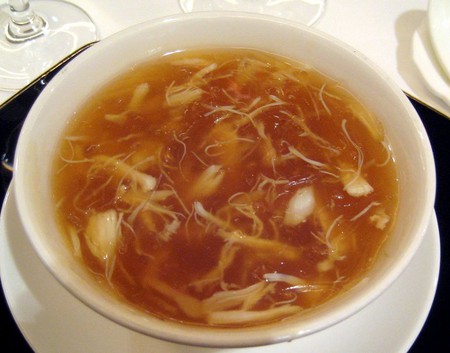 According to the World Widlife Fund (WWF), Hong Kong is the centre of the lucrative shark fin trade and accounts for about 40% of global trade. Despite ongoing efforts from campaigners and conservationists to get the trade banned, shark fins can still be found all over Hong Kong in general food stores, pharmacies, restaurants, and even with festive red bows tied around them. It’s estimated that 100 millions sharks are killed every year for their fins. This is having a devastating effect on shark populations with a number of species, including the blue shark, facing extinction.

In a cruel process known as shark finning, sharks are caught alive, have their fins sliced off, and then the rest of their body is dumped back into the ocean where they are left to drown or bleed to death. Groups like WWF and WildAid are urging consumers to say no to shark fin at all occasions to save sharks from extinction. 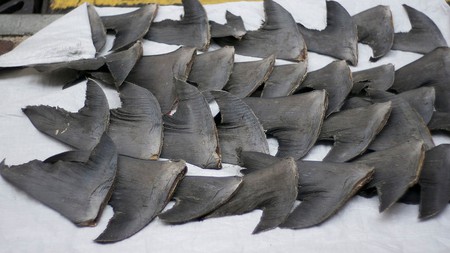 Another dish that attracts the ire of wildlife campaigners is snake soup. The reptilian broth has been around for centuries and is traditionally eaten in Hong Kong as a winter warmer. According to Traditional Chinese Medicine (TCM), it’s also believed to have medicinal benefits like improving blood circulation and easing the symptoms of arthritis, but this is yet to be scientifically proven.

The soup can contain up to five different types of snake, most of them poisonous, including Chinese cobra, banded krait, copperhead racer, Indo-Chinese rat snake and little multibanded krait. The snake meat is boiled together with chicken, pork bones and spices. Snake on its own doesn’t taste of much, which is why they add other meats. 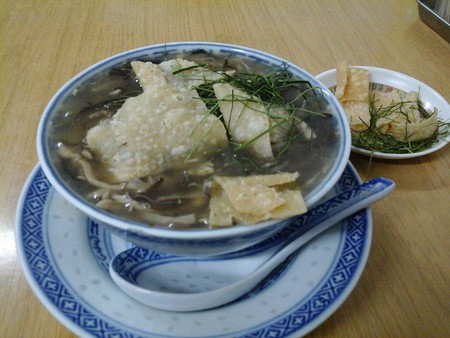 However, campaigners have branded the centuries-old tradition of making snake soup cruel and unethical; snakes are often kept in inhumane conditions in snake farms in mainland China before being skinned alive. Most snake soup shops in Hong Kong keep live snakes on the premises in tiny cupboards to ensure freshness. The dish, which is considered a delicacy in Hong Kong, has declined in popularity over the years. At its peak there were at least a hundred snake soup shops. These days, there’s no more than 35. More frequently, consumers are questioning how ethical the practice is.

Snake wine is also sold in Hong Kong at some traditional snake restaurants. Snake wine is prepared by putting an entire snake — sometimes while still alive — inside a jar of rice wine or some other kind of grain alcohol. It is then left to steep for several months. On occasion, herbs and spices such as ginseng are added to the formula. According to some herbalists, the wine is said to increase male libido and stamina. However, many countries have banned the importing of snake wine because it generally contains endangered species. 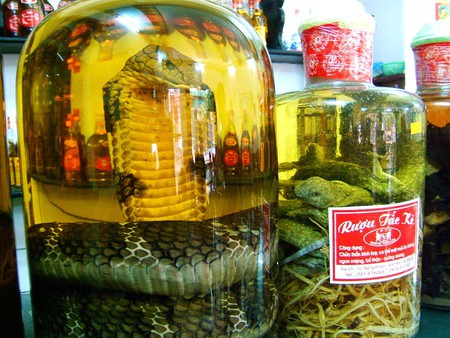 Turtle jelly is a Chinese medicine that is sold as a dessert. However, it’s not earned itself such a sweet reputation. The dark brown dessert is traditionally made by boiling a turtle shell for up to 10 hours and infusing it with Chinese herbs. Followers of traditional Chinese medicine believe that eating it can be good for your skin. Millions of live turtles are imported to Hong Kong each year for food. Wildlife campaigners remain concerned by the amount of turtles being traded through Hong Kong for food, as many species are endangered. 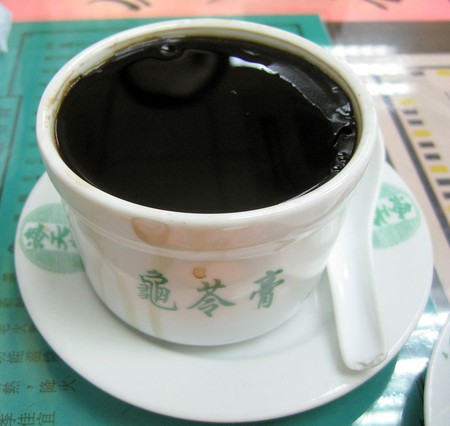 © Takoradee / Wiki Commons
Give us feedback