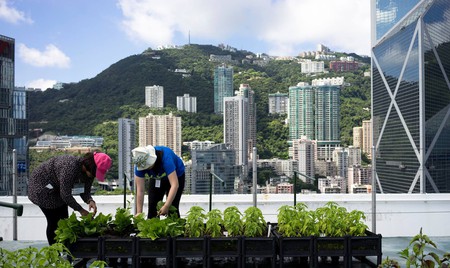 With a shortage of space in densely packed Hong Kong, the only option is to build upwards. This applies not only to housing and office skyscrapers, but also to green spaces, including the city’s growing number of rooftop farms.

In contrast to the concrete jungle below, a much greener world awaits on the rooftops of some of Hong Kong’s famous skyscrapers. According to Mathew Pryor, associate professor and head of the landscape architecture division at the University of Hong Kong, about 60 rooftop farms and around 1,500 farmers have emerged in the city during the past decade, and the numbers continue to grow each year. 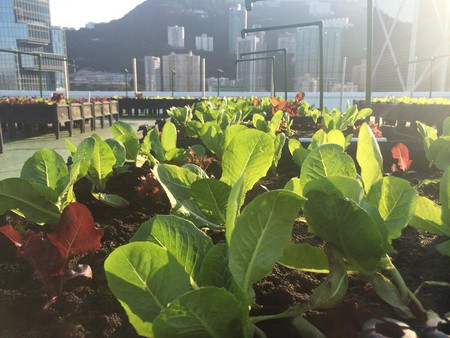 Around 60 rooftop farms and 1,500 farmers have emerged in Hong Kong during the past decade | © Rooftop Republic

Leading the charge for urban farming in the city is sustainable living group Rooftop Republic. The group’s mission is to integrate urban farming into Hong Kong’s lifestyle. For the past few years, the team has collaborated with architects, engineers, organic farmers, chefs and nutritionists to develop and transform urban spaces into farming solutions. As their website states, ‘At Rooftop Republic we are enthusiastic about the potential for urban farming to transform both urban spaces and mindsets in Hong Kong and to contribute to making our city more sustainable and liveable.’ 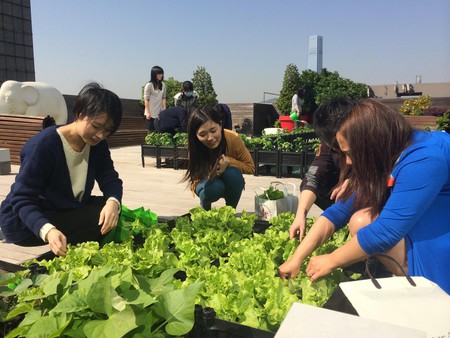 One such farm is found 146 metres (480 feet) above street-level on the rooftop of the Bank of America Tower in Hong Kong’s main business district. Here, in the most unlikely of places, there are all manner of different vegetables growing, from broccoli to cherry tomatoes and salad leaves. After harvesting, the produce is donated to local food banks. So far, about 400 kilogrammes (882 pounds) of fresh produce has been donated from this farm.

A similar rooftop farm can be found at The Fringe Club, a heritage building in Central, which grows tomatoes, oregano, lemongrass, mint and kale. The farm is frequented by the chefs who use the ingredients in the dishes they create for the restaurant and bar below. 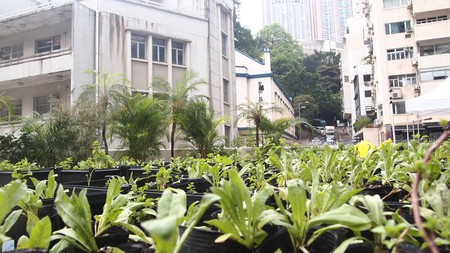 Hong Kong currently imports more than 90% of its food, but groups such as Rooftop Republic are encouraging the use of locally grown goods to ensure maximum freshness and quality and are looking to the sky to do so when they can’t grow at ground level. In total, Rooftop Republic currently manages around 36 urban farm projects, and more are added every month.

According to Pryor, there is huge potential for urban farming to continue to grow in Hong Kong. He estimates there are more than 600 hectares of ­farmable rooftop area in the city – considerably more than the 420 hectares available on the ground. 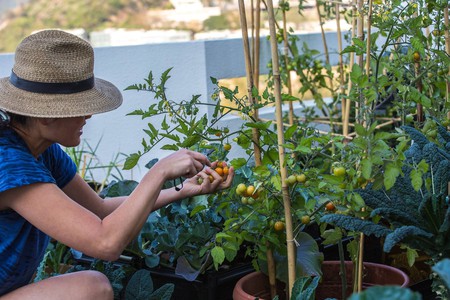 Aside from the satisfaction of growing your own veg and creating a healthy and more sustainable lifestyle, proponents of urban farming say it’s also about building community and happiness.

‘The key product of urban farming is really happiness’, Pryor told South China Morning Post. ‘Everybody I met in a rooftop farm, community farm, or weekend farm – they are blissfully happy … They grow a few tomatoes that you wouldn’t buy in the shops, and they are really, really happy, spending weeks posting images on Facebook of their two tomatoes.’

This happiness is set to spread. Pryor says there might be even more rooftop farms in the city that he doesn’t know of. What’s more, this rooftop model for urban farming looks set to grow beyond Hong Kong – Rooftop Republic are already considering projects in Greater China and other regional markets.