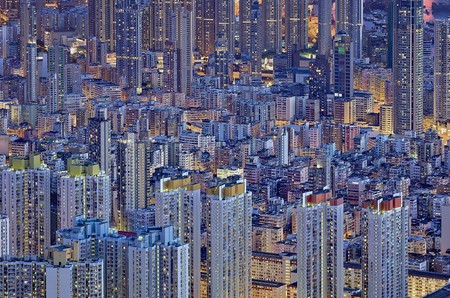 Romain Jacquet-Lagrèze is a French-born fine art photographer based in Hong Kong. His passion for photography was inspired by the chaotic urban development of Hong Kong, and he is the author of three photo books. His newest project, The Blue Moment, has been compiled into a 64-page volume published by Asia One. This stunning architectural series captures the moment at dusk when Hong Kong is enveloped in a deep blue hue, creating images of surreal and melancholy beauty. We chatted with the man himself to find out more.

Tell us a little bit about yourself. How did you first get into photography?

I am a French photographer. I arrived in Hong Kong in 2009. Originally, I was a web designer, but this city made me change my focus. I bought my first interchangeable lens camera here and got started just like that.

The city inspired my first series, Vertical Horizon, quite naturally – it’s instinctive to look up, to stare at the sky when you are always surrounded by tall buildings. I released it as a photo book thanks to a local publisher, Asia One. After that, I worked on my two next series, Wild Concrete and The Blue Moment, both of which have been made into photo books with the same publisher. 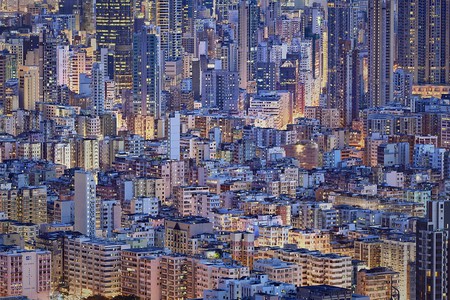 Can you briefly explain what Hong Kong’s ‘blue moment’ is? How did you first notice it?

The first time I noticed the blue moment was a stroke of luck. I was originally shooting some cityscape at sunset and decided to stay a little longer to watch the night fall. I noticed that for a short moment a blue hue was reflected on the city, coming from the deep blue of the sky. When I took the photo, I kind of fell in love with the result and decided to shoot more during this magic moment. 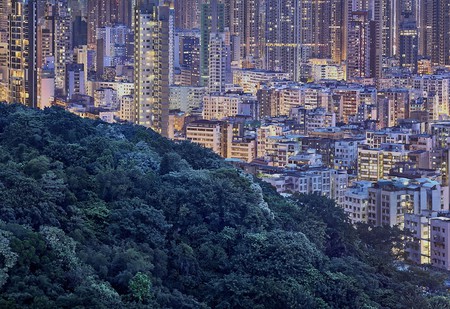 The ‘blue moment’ only happens for a brief period every day. Was it difficult to work with this time limit?

It happens during a brief moment, but not every day, and not every season. It is more likely to happen during summer, when the visibility is at its greatest without any kind of haze. And in Hong Kong that’s not often the case, since there can be quite a few days which turn out to be hazy or rainy in summer. So I needed to do my scouting and be sure of my composition ahead of the shooting day. That way, when the conditions were good I could aim directly at a spot found beforehand. 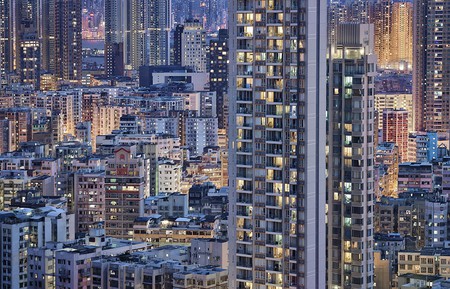 Do you have a favorite image from the series?

I especially like ‘The Blue Moment #19’. I think there’s a magic atmosphere when you see these boats floating behind these tall towers of concrete. It looks surreal, almost like it was a collage. But of course the boats were really there. 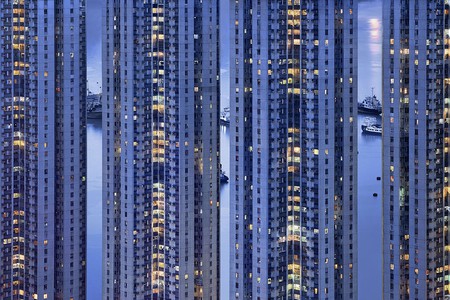 Most of the photos in the series are cityscapes, but some also contain mountains or glimpses of the harbor. What’s the relationship between the city and the landscape in your photos?

That’s an aspect of Hong Kong I was willing to show in this series. Many people are aware of how dense and packed this city is, but not everyone is conscious of how close it is to nature. Each part of the city is either surrounded by green mountains or by the sea, sometimes by both. That’s what makes this city so unique in my point of view, so I wanted to share it. I wanted to give people a full picture of Hong Kong, not just a misconception of a city totally covered by buildings. 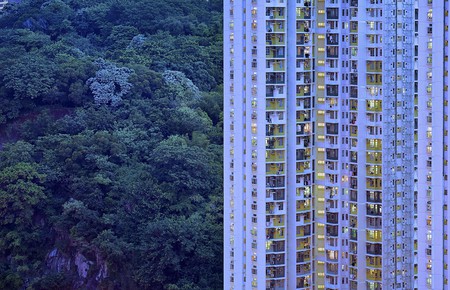 Many of your other projects, such as Vertical Horizon and Wild Concrete, share this architectural focus. What draws you to the architecture of Hong Kong?

The architecture of Hong Kong and its urban development have impressed me more than anything else these past few years, so I guess it’s natural that this aspect is recurrent in all my series. 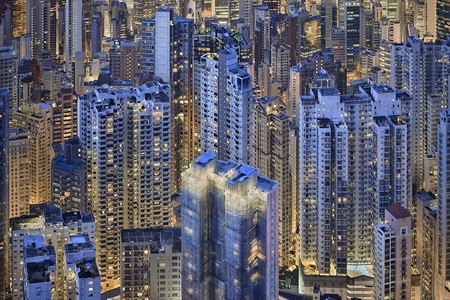 Some people might describe Hong Kong’s architecture as ugly or oppressive. Would you agree?

I know it looks ugly to many people. I had a similar view at first. It is so dense that it’s too complicated for our mind to process everything we see. It’s very different from any other city, so people from outside can’t make sense of it in the beginning.

But when you live here, explore this city more in depth and observe it with more care, you realize that this abundance of detail gives the city a charming aspect. Especially in places like Kowloon or Hong Kong Island, where all the buildings are totally different in style, color and size. It gives the impression of being a patchwork of all kinds of architecture. To me it is largely due to the fact that the city is growing very fast, without much restriction. The outcome is a city that keeps changing, where buildings don’t have to look like one another. It’s totally the opposite of Paris, the city I come from, where most buildings have to comply with restrictions on their size and appearance. Somehow, I feel that this ‘chaotic’ growth of Hong Kong is more organic, and it feels more like a living city. 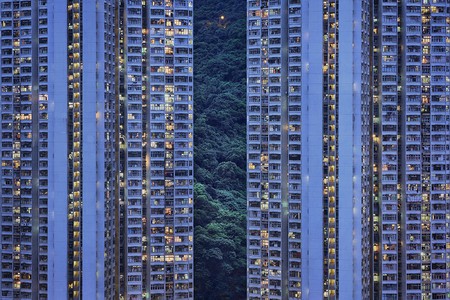 Any words of wisdom for budding urban photographers?

Don’t waste time trying to copy what’s already out there. The idea that everything has already been done is just a lack of creativity. So my advice would be to find your own focus and then take many, many photos. In my opinion that’s the only way to create a series of high quality. 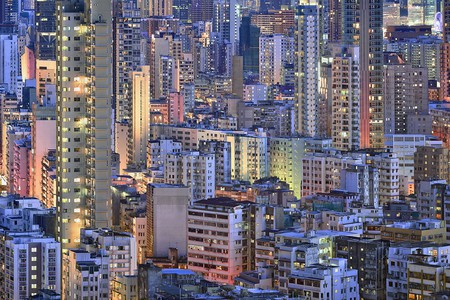 ‘The Blue Moment #11’ | © Romain Jacquet-Lagrèze
Give us feedback