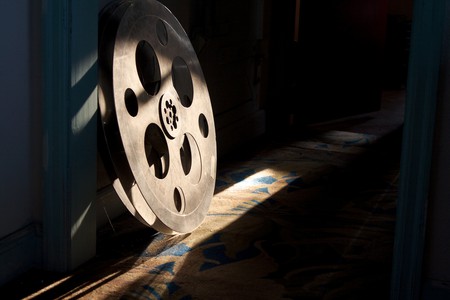 From the internationally acclaimed works of Wong Kar-wai and Ann Hui to more under-the-radar pieces from filmmakers such as Allen Fong and Stanley Kwan, Hong Kong’s arthouse movies are exceptionally bold, evocative, and varied. Any serious lover of arthouse films should take the time to check out these works from some of the city’s most well-regarded auteurs.

Any list of Hong Kong art films has to start with the works of the internationally acclaimed auteur, Wong Kar-wai. Set in 1960s Hong Kong and starring Tony Leung and Maggie Cheung, In the Mood for Love, a seductive, slow-burning movie about melancholy, desire, and loss, was hailed by the BBC as the second-greatest film of the 21st century.

Along with In The Mood For Love, Chungking Express is one of Wong Kar-wai’s most iconic films. Set mainly in Tsim Sha Tsui’s Chungking Mansions and filled with avant-garde camerawork, it tells two parallel stories of unrequited love and is heavily influenced by the French New Wave.

Directed by Ann Hui, Song of the Exile, a semi-autobiographical film, is a poignant exploration of cultural alienation and the migrant experience. Maggie Cheung stars as Hui Yan, a recent British university graduate from Hong Kong who accompanies her mother to her home village in Japan.

Directed by Tsui Hark, who is regarded as one of Hong Kong’s ‘New Wave’ filmmakers who emerged in the late 80s and early 90s, The Blade is an example of a Hong Kong arthouse martial arts film. Unlike traditional martial arts films, The Blade doesn’t portray its characters as heroes, instead adopting a bleaker, more nihilistic tone. Stylistically, Tsui plays with rapid cuts and frenetic camera movements during fight scenes.

Rouge is a highly stylized romantic fantasy film and one of Stanley Kwan’s most famous works. The legendary Anita Mui stars as Fleur, a 1930s courtesan who enters a suicide pact with her wealthy playboy lover, played by Leslie Cheung. Fifty years later, Fleur returns to the world of the living to find out why her beau never joined her in the afterlife.

Centre Stage is a Hong Kong New Wave classic and another masterpiece by Stanley Kwan. Based on the real-life story of Ruan Lingyu, a 1930s Shanghai silent movie star who commits suicide at the age of 24, this film won Maggie Cheung the Best Actress award at the 1992 Berlin International Film Festival.

Directed by Allen Fong, whose distinctive style is influenced by the Italian neorealist films of the 1940s and 50s, Ah Ying tells the story of an aspiring actress who works in her parents’ marketplace fish stall and takes classes at the local film school. Featuring fly-on-the-wall style camerawork and sharp cultural observations of the lives of Hong Kong’s poor in the 1980s, this is one of the era’s most underrated films.

Directed by Fruit Chan and released just after the handover of Hong Kong sovereignty to China, this classic movie is one of Hong Kong’s true indie films. Sam Lee stars as Autumn Moon, a teenage delinquent who works as a debt collector for a triad gang member. Despite being made on a shoestring budget with non-professional actors, Made In Hong Kong was a huge success on the international festival circuit and picked up 13 awards and six nominations at the 1998 Hong Kong Film Awards, including the award for Best Picture.