Hong Kong v Singapore – Which City Does it Better? 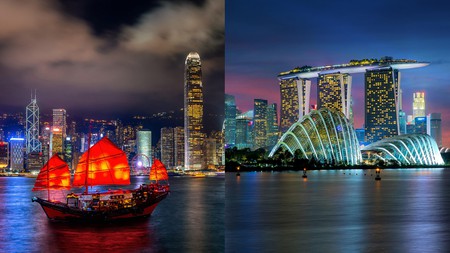 The Fragrant Harbour v the Lion City, Hong Kong v Singapore. When it comes to areas such as the economy, education and quality of life, these two cities have been competing for years.

The rivalry between Hong Kong and Singapore has continued for more than half a century. Both are former British colonies, in addition to being two of the busiest port cities in the world and top financial centres. Hong Kong is often believed to be more dynamic, but less friendly and a bit more gritty, whereas Singapore is seen as more sanitised, but less cramped and with more pleasant surroundings. But overall, does Hong Kong or Singapore do it better?

In terms of attractions and activities, Hong Kong is more lively, with a never-ending supply of things to do and see. Popular adventures include visiting The Peak (Hong Kong Island’s highest point) for city skyline views, shopping in the Ladies’ Market and heading to the Big Buddha by cable car. It may come as a surprise, but Hong Kong is also home to some of the best hiking trails in the world. 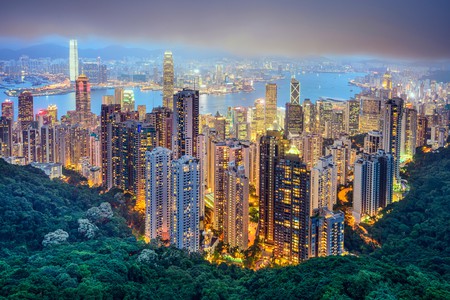 Singapore is no cultural slouch, either. It’s home to Marina Bay Sands (a hotel with the world’s largest rooftop infinity pool), the verdant Gardens by the Bay, and distinct cultural neighbourhoods such as Little India. However, it may feel a little manicured if you love the vibrancy of the markets and temples in Hong Kong. 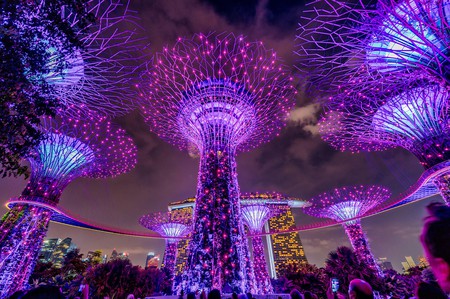 Both Hong Kong and Singapore are leading gastronomic hubs in the region.

However, Singapore is also a foodie’s paradise. Known for its melting pot of Chinese, Malay and Indian cuisines, there is no shortage of tasty local dishes to try. From chicken rice to chilli crab and an abundance of world-recognised street food, there are amazing dining choices at every turn. The city is currently home to around 40 Michelin-starred restaurants.

For the sheer variety of street markets, wet markets, hawker stalls and upscale shopping malls, Hong Kong probably has the edge. The Ladies’ Market is the most popular attraction in the city; despite the name, it’s not only for ladies. You can buy inexpensive clothes and accessories, plus a wide variety of menswear and all kinds of merchandise, including small household items, electronic gadgets and toys.

Meanwhile, Singapore has plenty to offer the average shopper too, including the Orchard Road shopping boulevard with nearly 30 malls. For those who want to shop until they drop, Singapore will be paradise. From traditional markets to the multiplex malls and swanky boutiques, your bank balance will take quite a beating here.

Quality of life: In Mercer’s 2019 annual list of cities offering the highest quality of life, Singapore ranked number one in Asia. Singapore is generally considered the nicest city to live in Asia for immigrants from the West, with the best infrastructure in the world. Meanwhile, Hong Kong was ranked the seventh-best place to live in Asia.

Housing: Singapore trumps Hong Kong when it comes to housing. Hong Kong was the most expensive property market in the world in 2020, according to a report by CBRE. Overall, rent in Hong Kong is 56 percent more expensive than in Singapore, according to data from Expatistan.com.

Pollution: Hong Kong also trails behind Singapore when it comes to clean air and pollution levels.

Education: In global education rankings, Singapore has the highest-achieving students in the world, with its teenagers coming top in maths, reading and science tests. Meanwhile, Hong Kong was ranked ninth overall.

Cost of living: According to Expatisan.com, the cost of living in Singapore is 9 percent cheaper than in Hong Kong overall. This takes into account variables such as cost of food, housing, clothes, transportation, personal care and entertainment.

Crime: When you look at Singapore versus Hong Kong in terms of violence and criminal activity, they are both among the safest cities in Asia, with annual crime rates among the lowest in the world. Singapore has a slight edge, with 596 crime cases per 100,000 people, compared to Hong Kong’s 936.

English: English proficiency is better in Singapore, as the city made English its official language, and it now ranks first in Asia. Meanwhile, many people in Hong Kong are moving away from speaking English, although it is widely spoken because of the city’s colonial past.