10 Local Restaurants You Should Try On Hong Kong Island 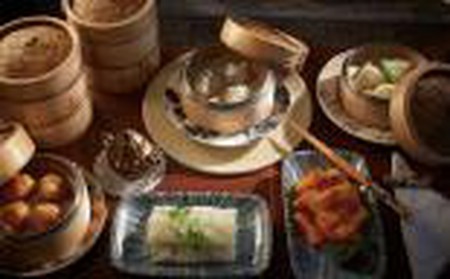 While Hong Kong is actually made up of over 250 islands, much of the excitement is packed onto Hong Kong Island proper. One of the world’s most densely populated places and home to over 1,000 skyscrapers it buzzes with places to eat. Here are ten restaurants not to miss. 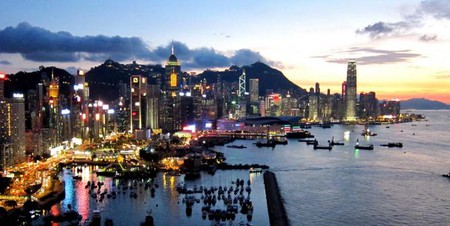 Located in the Central district of Hong Kong Island on Duddell Street, this restaurant is situated just above the Shanghai Tang flagship store and specializes in authentic Cantonese cuisine. Visitors of the art trail in Central will also find that Duddell’s fits in perfectly with its neighbors. Despite being primarily a restaurant, the trendy establishment features many gorgeous artworks. With two stories, guests can dine in the hip Dining Room or head upstairs to the cozy Salon and Library. If the weather permits, diners can even choose to head up to the Garden Terrace to enjoy their meal with some sun on the side. The kitchen is headed by famous Chef Siu Hin Chi, and signature dishes include their fried fresh lobster with scallions and shallots. 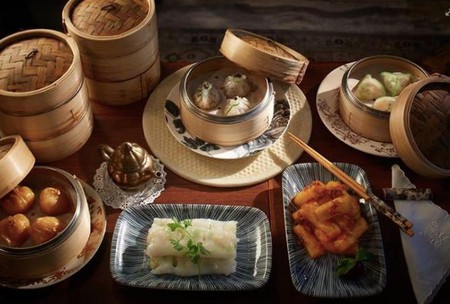 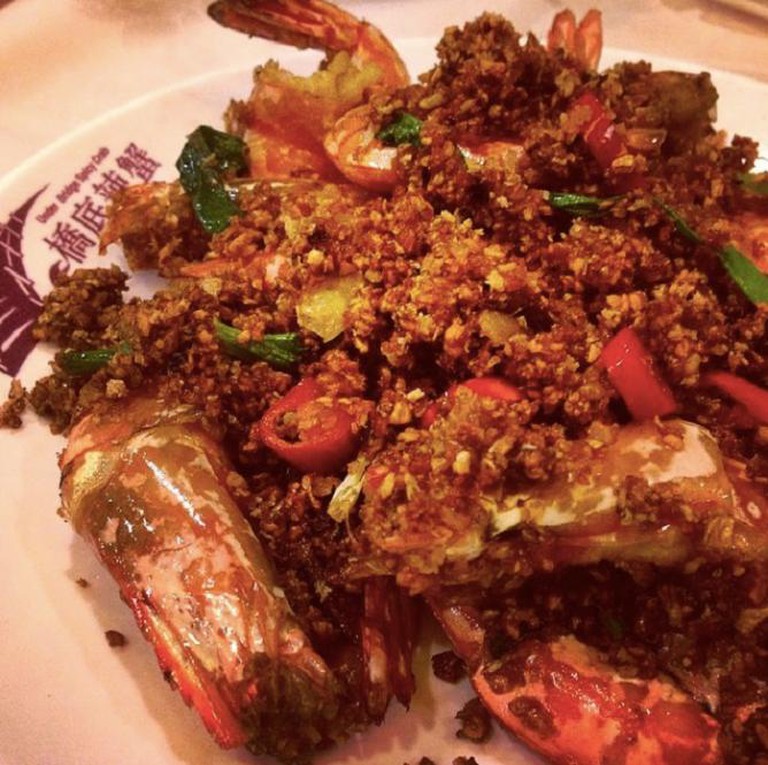 Under Bridge Spicy Crab, Lockhart Road | © Philip Lai/Flickr
Don’t be put off by the slightly odd name, this restaurant is all the rage among the locals. With its current popularity, it can be hard to imagine that once upon a time, this ‘restaurant’ was no more than a humble daipaidong or street food stall. This simple beginning is what inspired the restaurant’s current name, having started as a small collection of tables spread under the Jaffe Road bypass about 25 years ago. Needless to say, Under Bridge Spicy Crab’s specialty is spicy crab. Don’t worry though if spicy crab isn’t for you. The restaurant also includes over 100 other dishes to choose from. You may even spot a celebrity upon your visit as the place is frequented by many big names, including Anthony Bourdain and Rainie Yeung.

It’s highly doubtful that anyone who considers themselves to be a true Hong Konger would tell you that they haven’t been to, or at least heard of, Tsui Wah Restaurant. This establishment is one of those places that simply everyone has visited at one point or another. The food is alright, but perhaps the main draw is its convenient location and the fact that it is open 24 hours. It definitely doesn’t hurt their business by being a stone’s throw away from Lan Kwai Fong, an area in Hong Kong well known for its nightlife.

Dim sum at Maxim’s Palace in City Hall on a Sunday afternoon is about as Hong Kong as it gets. Locals and tourists alike fill the large hall, and visitors are sure to get an authentic Cantonese dim sum experience, including all the noisy chatter and parading dim sum trolleys pushed by plump and friendly ladies. Try to get a table by the window for a view of the harbor and the old Queen’s Pier location. Although open for business at 9am, you should get there about half an hour earlier to avoid waiting in a massive queue. Must try dishes include the barbecued suckling pig, deep-fried prawns with mango salad dressing, and deep-fried sliced garoupa with sweetcorn sauce. 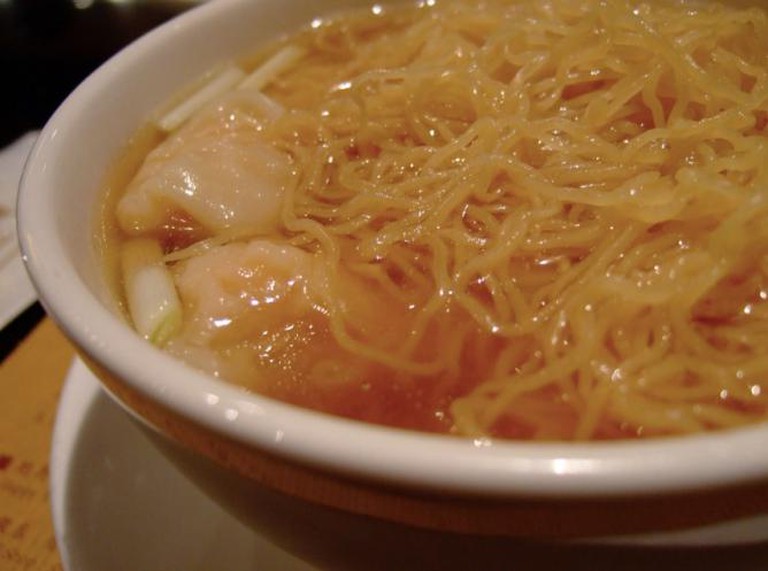 Tasty Congee & Noodle Wantun Shop, Central | © Yosoynuts/Flickr
It would seem that Tasty Congee & Noodle Wantun Shop is always busy, and there is a good reason for this too. The restaurant serves top quality Chinese cuisine, with wanton noodles and congee being their specialties. The prime location in the towering IFC commercial center is also a contributing factor to the restaurant’s popularity. It did not start out there though. The first shop opened in the 1940s as a street food stall.

Luk Yu Tea House & Restaurant is a great place for tea and dim sum right in the heart of the city in the Central district on iconic Stanley Street, particularly known for the Stanley Street market. It is an old establishment and came about in the early 1930s. The restaurant still retains a colonial feel and is frequented by long-time customers. The name of the tea house is derived from a famous Chinese poet from the Tang Dynasty who is known for his work, ‘The Classic of Tea,’ a piece that describes the cultural history of tea in China. 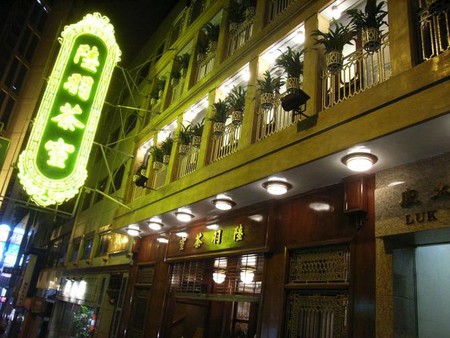 Restaurant, Chinese
Facebook
Email
Twitter
Pinterest
Copy link
Share
This is a small restaurant and the decor is simple, but the food is scrumptious at an absolute bargain of a price; portions are also extremely generous. Tucked away on Western Street in the Western district of Hong Kong Island, Chan See Kee is your typical local restaurant. It is understated, but locals know to go there and it could be a hidden find for travelers wandering the area. Some of their special dishes include their crispy lemon chicken and aubergine with pork bowl. 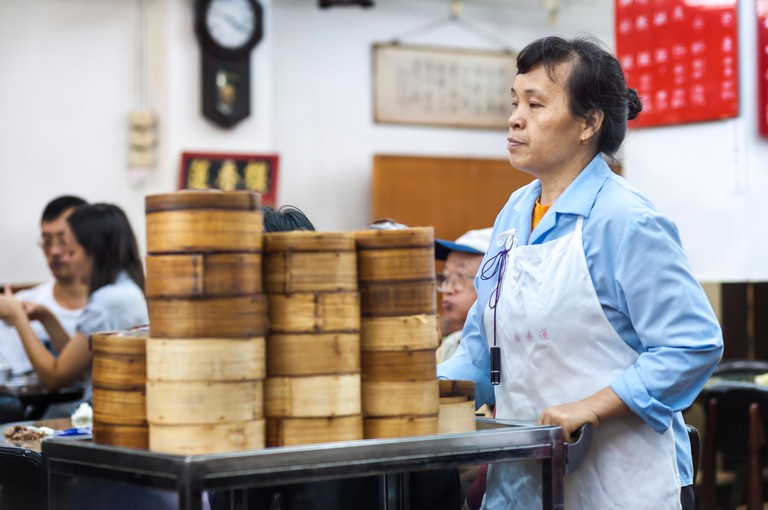 Established in the 1920s, Lin Heung Tea House is a dim sum restaurant that has truly stood the test of time. Despite being a cozy venue, waves of people still flock there for its delectable cuisine. As such, expect to spend some time waiting in the queue. It’ll be worth it though. Lin Heung prides itself in its age-old dim sum recipes that reflect authentic and traditional Cantonese tastes. It’s not just dim sums they serve though; from 6pm onwards, their dinner menu opens. Dishes visitors can expect to see there include the signature Eight Treasure Duck, so be sure to give that a try if you’re visiting in the evening.

Restaurant, Chinese, 0
Facebook
Email
Twitter
Pinterest
Copy link
Share
First established in the 1860s in China, there are now four branches of Tai Pin Koon Restaurants in Hong Kong. On Hong Kong Island, there are two; one in Central and the other in Causeway Bay. Tai Ping Koon is unique in that it specializes in Chinese style Western food, including Russian borscht and French souffle (prepared Hong Kong-style for the most discerning of international palates). Founder Chui Lo Ko was originally a chef in a western trading company in Guangzhou. His specialities at the time included Portuguese baked chicken and Swiss sauce chicken. Amazingly enough, even after a century in operation, the Tai Ping Koon restaurant is still run by the Chui family.

As its name suggests, Hunan Garden specializes on cuisine from the Chinese province of Hunan, an area famous for their hot and spicy dishes. For those who can’t take the heat though, fear not because the menu caters to all types of tastes and the extra spicy items are clearly marked out on the menu (including plenty of non-spicy options to choose from). As this is quite a popular restaurant and tends to fill up quickly, it is advisable to make a reservation before your arrival and intended visit.