How To Spend 12 Hours In Hidden Hong Kong 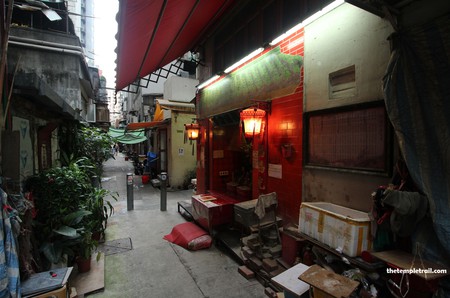 You’ve landed in Hong Kong, and only have a few short hours to see what you can before your connecting flight. You could spend that time in Central looking at skyscrapers, eating in high-end modern restaurants, shopping on Nathan Road, and drinking in the bars of Lan Kwai Fong.Alternatively, you could dive right into the essence of Hong Kong that lies beneath the glitter, glamour and sparkle; the Hong Kong that is little seen by the vast majority of visitors. 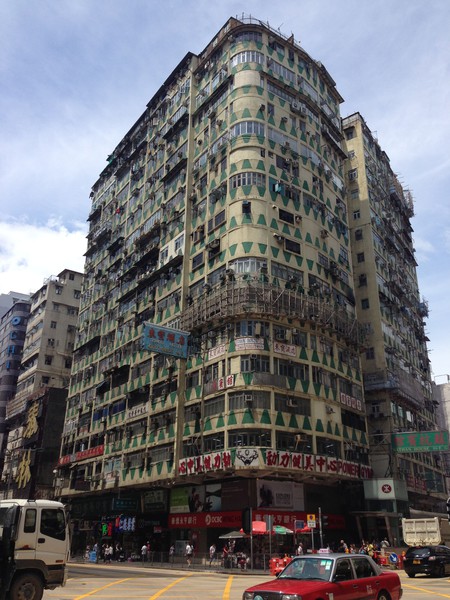 Since time is short, leave your bags at the airport, take a cab, or get straight on the Airport Express MTR line to Kowloon Station. Your aim in getting to Kowloon is Mongkok. The district’s ancient, hulking apartment blocks straight out of Blade Runner make you feel like you are in a Hong Kong police versus triad action film. 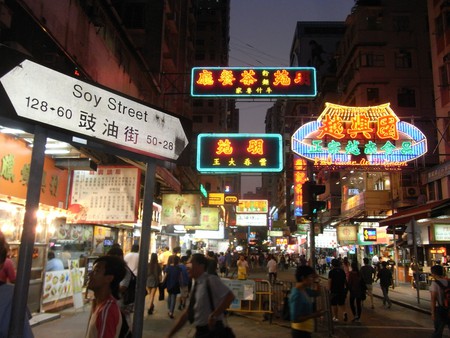 The best place for a truly Hong Kong eating experience is on Bute Street, towards the Prince Edward end of Mongkok. Not often visited by tourists, but always packed with locals vying to share throwback ’60s formica tables, is Kam Wah Café. A classic Hong Kong cha chain teng, Kam Wah typifies the traditional diner-style eatery but excels in one thing in particular: bo lo bao. A staple of Hong Kong Kong breakfasts, the bo lo bao is deceptively called a pineapple bun in English, a reference to the sweet crust that looks like a pineapple’s skin. Fight for a seat and order a bo lo yao (warm pineapple bun with iced butter) and a sweet, strong dong lai cha (Hong Kong-style iced milk tea).

From Bute Street, you should head south through Mongkok. Rather than go down Nathan Road, take the more interesting Tung Choi Street North. Known better as Goldfish Street, it runs down to the hugely touristy Ladies Market and is filled with colorful fish in bags intended for home aquariums. Before you get to the Ladies Market, turn left on Argyle Street and make your way south to Shan Tung Street and the almost totally off the radar Kwun Yum Temple. The smoke-filled chambers of the old temple are nestled in-between more modern apartment buildings. Inside the bright red walls are time-worn god statues and worshipers making deals with them by offering incense, money, and roast pork. 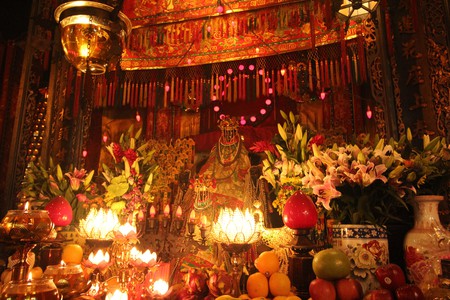 From the ancient temple, head west on Shan Tung Street, zipping straight across the Ladies Market and Nathan Road to Shanghai Street. This is the best street to head south on in Kowloon. Featured in the opening scenes of Enter the Dragon, not much has changed since the 1970s on Shanghai Street. Traveling south, you will pass through Yau Ma Tei district and its interesting landmarks. The old Yau Ma Tei theater, now a Cantonese Opera house, sits next to the wholesale fruit market where many of the sinewy market porters are adorned with fading dragon tattoos on their bare chests. Opposite is the Red Brick Building, a 19th-century pump station that managed to survive the redevelopment of the land and has been beautifully restored. Close to the famous Tin Hau Temple and Jade Market, kitchen supply shops sell hand hammered woks and lethal looking Chinese knives to be used on the massive tree-trunk chopping blocks stacked up outside the stores. Dotted among the catering supplies are gods materials shops selling statues and shrines for peoples’ homes, as well as all of the necessary offerings like hell money and incense. 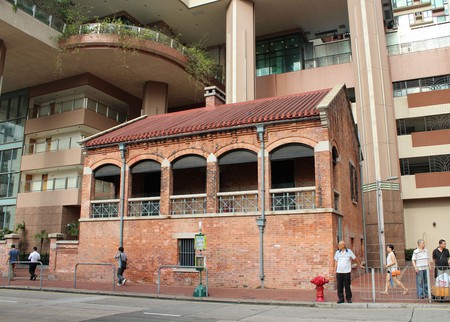 Taking Shanghai Street all the way down to Austin Road, you can make a small diversion down an alleyway immediately on the right, where, among a miniature labyrinth of tight passages, there is a typical local Earth God shrine. These gods are responsible for the immediate area and locals from the nearby buildings leave offerings at the small shrine for their general health and wealth. From here, avoid Canton Road and cut through Kowloon Park to Haiphong Road Temporary Market. Built in 1978, the market is not that temporary and lies next to another Earth God shrine, The Fuk Tak Temple. Enter the market and make your way through its confusing corridors until you get to its heart, where the Cooked Food Centre houses some dai pai dongs. These traditional street stalls serve classic Hong Kong meals at low prices for the local workers in Tsim Sha Tsui. Despite its ramshackle appearance, the food is delicious. Try yeung chau chow fan (Yangzhou fried rice), gon chow ngau ho (fried beef ho fen noodles in double soy sauce), or ‘Singapore fried noodles’ for a truly Hong Kong food experience. 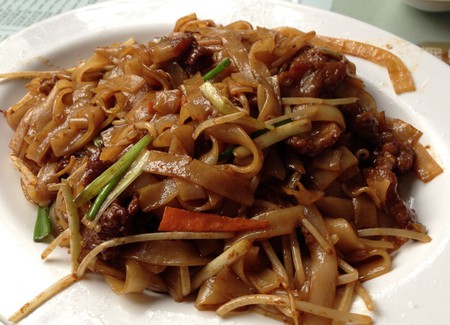 With only a few hours left, you can jump on the famous Star Ferry and cross harbor to Hong Kong Island. The Island is a wonderland of lights and tall buildings, but for an off-the-beaten-track experience, bypass the Man Mo Temple and head higher up to Tai Ping Shan Street. This amazing little street is lined with temples built into houses and tucked away in tiny industrial looking spaces. The highlight of the street is the intimidating-looking Kwong Fuk Ancestral Hall.Originally a temple and space used for storing the bodies of mainland Chinese workers awaiting transport to their hometowns for burials, the atmospheric second-story temple is one of the best-hidden treasures of Hong Kong. Chinese temple keepers sit drinking tea in the smoke stained chambers that feel as if they come from another world. 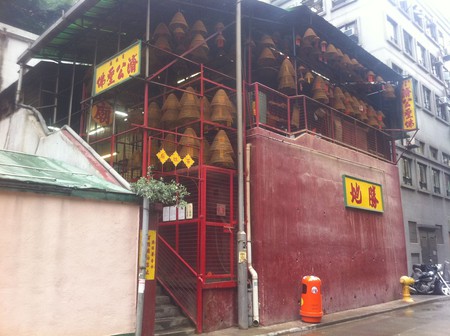 As time ticks down, you may want to grab a bowl of the famous curry brisket e-fu noodles at Kau Kee on Gaugh Street, or some cheap dai pai dong food on Stanley Street. You may feel full to the brim and just want to meander down into Central to catch a cab or the airport express line to the airport. Hong Kong has so much to offer and even with several months, you only just breach the surface, but with a bit of a plan and good timing, you can really make the most of 12 hours in the territory while not falling into the tourist trap. 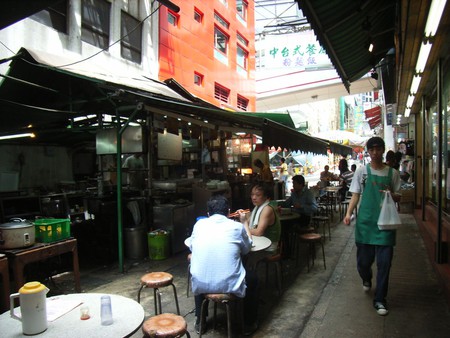