Everything You Need To Know About Snake Soup 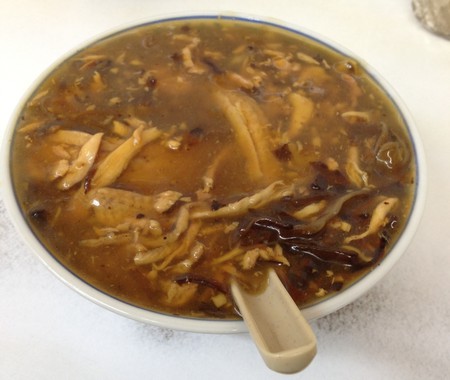 Snake soup, known in Cantonese as se gang (蛇羹), is a Chinese delicacy that contains as many as five different types of snake meat. Boiled with ingredients such as pork bones, chicken, and spices, this thick and flavorful soup is especially popular in Hong Kong during the winter months.

Made from snake meat and bones and simmered for several hours, the broth is infused with other ingredients like chicken, mushrooms, chopped ginger, chrysanthemum leaves, lemongrass, and other herbs and spices for a flavorful broth that is both sweet and somewhat spicy. The snake meat is shredded into thin slivers, and when cooked, looks and tastes similar to chicken, although it is a bit tougher.

Snake soup originated in southern China, including the area known in the present day as Guangdong province. The dish has been around since the third century BCE. Known in the olden days as a luxury dish enjoyed by the wealthy, it became widespread across China in the 1700s. 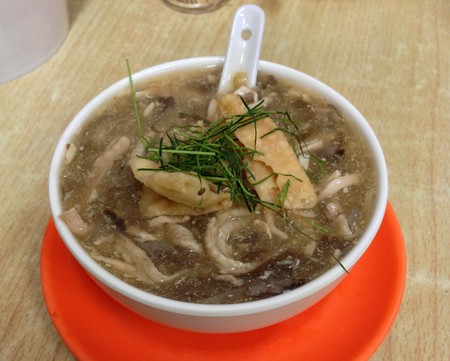 The soup is known to be a hearty, warming meal that is ideal for the winter months, and is both a delicacy and a medicinal supplement. In Chinese medicine, snake meat is known as a ‘yang’ food, or a food that brings heat to the body. Thus, snake soup is most often consumed in the colder months to counteract the ‘yin’ of winter. It’s known to cure ailments such as arthritis, and is said to be good for circulation and the skin.

Snake restaurants in Hong Kong are typically called se wong (蛇王), literally ‘Snake King’. Many restaurants handle their own snakes in order to make sure their snake meat is fresh. In addition to snake soup, other dishes made from snakes include include snake skin casseroles, fried snake meat, fresh snake gallbladder soup, and more. 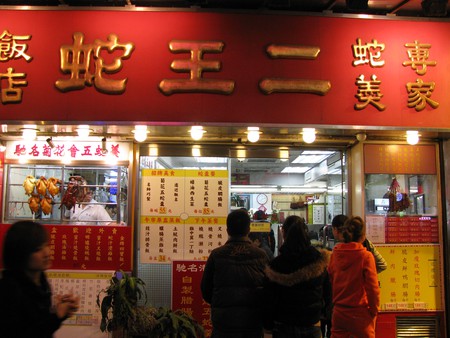 The most well-known se wong are multi-generational family businesses. Classic establishments such as She Wong Lam in Sheung Wan and Sher Wong Fun in Central are over a century old. Snake soup can also be found in more upscale Cantonese restaurants such as Summer Palace at the Island Shangri-La Hotel.

However, snake shops and restaurants are becoming rarer nowadays because of the special training it requires to run such establishments. Expertise is required not only in the culinary techniques of preparing snake soup, but also in snake handling, including venomous snakes. Thanks to the low pay and lack of interest in learning these skills, Hong Kong’s se wong industry faces danger of extinction.

Snake soup | Kansir/Flickr
Give us feedback