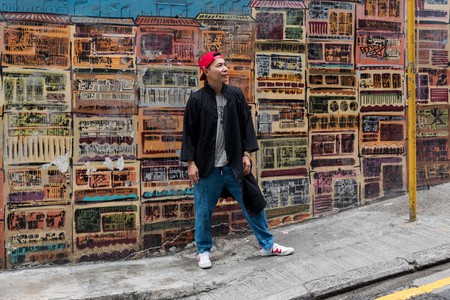 Douglas Young, founder of Hong Kong design and lifestyle brand G.O.D., reports from a part of the city where East meets West and the old collides with the new, and finds that street culture is alive and well in his home town. 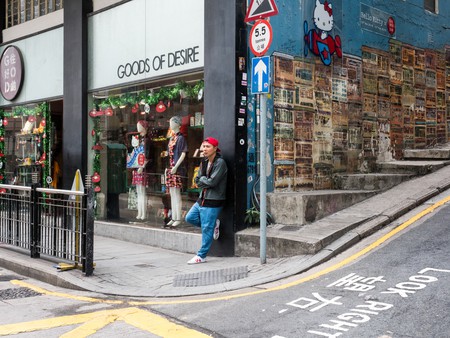 While London’s Soho was purportedly named after a 17th-century hunting cry, and New York’s SoHo refers to the area south of Houston Street, in Hong Kong SoHo is short for ‘south of Hollywood Road’ – a street in the city’s Central District. It’s a loose, squarish section bounded by the eponymous road to the north, Caine Road to the south, Old Bailey Street to the east and Peel Street to the west. Within, narrower streets such as Shelley, Staunton, Lyndhurst, Graham and Elgin criss-cross the square, which now contains close to 300 shops and restaurants.

Unlike its namesakes, Hong Kong’s SoHo was named fairly recently. In 1993, the Hong Kong government built an 800-metre escalator that connected the business district of Central with the Mid-Levels residential area. The zone now known as SoHo had been a quiet neighbourhood with a handful of printing companies, godowns, porcelain shops and mom-and-pop stores. The escalator’s opening led to a commercial boom and urban renewal that attracted many entrepreneurs and restaurateurs.

The name ‘SoHo’ was widely adopted in 1996 when the South China Morning Post quoted Thomas Goetz, a local restaurant owner, in an article. Besides coining the area’s new name, Goetz also formed the SoHo Association Limited (TSAL) in 1998 to help local business owners facing licensing challenges, and to promote the area. 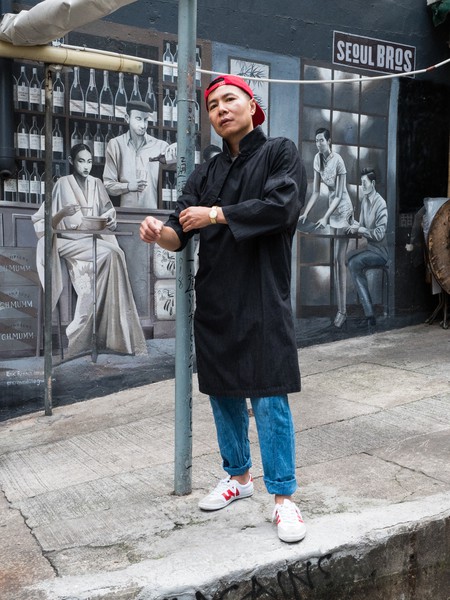 One of the pioneers of this commercial revitalisation was Douglas Young, a Hong Kong-born, London-trained architect and designer who founded lifestyle brand Goods of Desire (better known as G.O.D.) in 1996 before opening a retail store on the junction of Hollywood Road, Graham Street and Lyndhurst Terrace two years later, at a time when SoHo was still just a backwater off Central.

“If one thinks of Hong Kong as the crossroads of East and West, tradition and modernity, then SoHo, more than anywhere else, is perhaps the place that best captures this aspect of the city,” he says. “During the early and mid-1990s, rent was still relatively cheap around here. We were the only modern shop open in this area at the time. Most of the others were selling antiques. There were no trendy eateries then, but the Central-Mid-Levels escalator changed all that. I was very lucky that I decided to start my business here.”

That decision was made a few years after he returned to Hong Kong in 1991, nostalgic for the sights and sounds of the city after 12 years studying and working in the UK. Back home, he started to pay more attention to the vibrant street culture around him. He also noticed a gap in the market for lifestyle products with an Asian aesthetic. “I thought to myself: so many things are made in Asia, so why are we paying such high prices to have them branded overseas and shipped back to Hong Kong?” Young recalls. “I also felt that Hong Kong needed a brand that would help foster its cultural identity. That was how the idea for G.O.D. was born.” In the intervening 22 years, he has opened seven brand outlets across the city, including one at Hong Kong airport.

The street culture that inspires his designs comprises elements found in the alleyways or markets that most people don’t notice right away, but that are part of Hong Kong’s collective consciousness – old metal letter boxes outside shops, neon overhanging signage, a game of mahjong taking place on a quiet street corner, the red plastic lamps found in butcher stalls, a bowl of instant noodles with luncheon meat at a cha chaan teng (Hong Kong-style tea restaurant).

Paying homage to the city’s historical architecture, the Graham Street side of G.O.D.’s SoHo store is covered in a colourful mural of old Hong Kong townhouses by local artist Alex Croft, which has become a must-see spot for Instagrammers seeking a snap of quintessential Hong Kong. 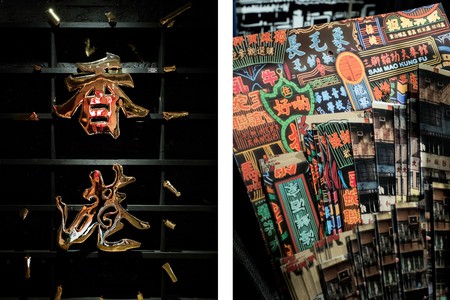 In its designs, G.O.D. arguably embodies the spirit of SoHo – an area that, Young argues, “blends the old-world and cosmopolitan sides of Hong Kong in a truly intriguing way.” He adds: “There are districts in Hong Kong with a largely expat population, and also places that are full of local Chinese people. SoHo is a place where both groups meet. I love that mix, and the atmosphere here.”

There’s no doubt that creative entrepreneurs such as Young have played a big part in transforming SoHo into the vibrant entertainment zone that it now is, and this compact little section of the city is now where the pulse of urban Hong Kong beats the strongest. Today, SoHo is a dynamic dining and nightlife hotspot, and home to many of the city’s coolest restaurants, bars and nightclubs – including Asia’s first full-time comedy performance venue, the TakeOut Comedy Club.

Tired walkers will be grateful for a reflexology treatment at Gao’s Foot Massage on Wellington Street, and perhaps a little midday caffeine pick-me-up and an ice-cream sandwich up at Elephant Grounds café on Caine Road. Close by is Man Mo Temple – one of Hong Kong’s oldest – which sits in stark contrast with the towering skyscrapers around it, and the historic Pak Sing Ancestral Hall, which was built in 1856 to store corpses awaiting burial.

SoHo is also shaping up to become a destination for culture and the arts, with many one-of-a-kind fashion boutiques and design-focused retail stores, plus a handful of galleries within the area and just outside. Not far from the bounding roads of SoHo is PMQ, a complex in which you can shop for jewellery, fashion and homeware that’s locally designed and made. At the new Tai Kwun Centre for Heritage and Arts, you can tour colonial heritage buildings such as the former Victoria Prison and Central Magistracy before enjoying an art exhibition or seeing a musical performance. The nearby H Queen’s is the world’s first vertical art gallery. 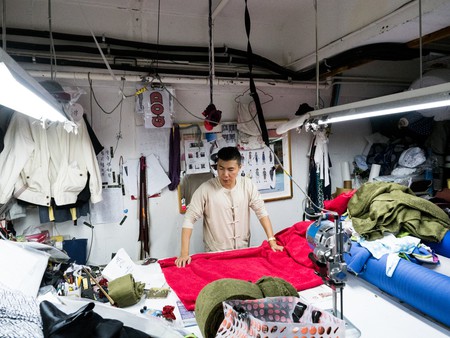 As Hong Kong continues to develop and become more cosmopolitan, it becomes more crucial than ever that Hong Kongers do not lose sight of their past, argues Young. “Hong Kong is a city that changes more rapidly than most cities in the world,” he says. “A lot of our tradition and heritage here is being eroded with modernisation. My mission with G.O.D. is to curate the old and the new, and create things that appeal to modern tastes but are at the same time familiar to anyone who knows Hong Kong intimately.”

Young reports that, thankfully, Hong Kong’s vibrant street culture is alive and well – particularly in SoHo, the ideal spot from which to soak it all up. “You can see the way Hong Kong people really are by visiting the Graham Street Market [which is over 100 years old], and listening to the way they talk, or the way they gesticulate,” he says. “I get excited taking in the smells, the loud, bold colours, the graphics. SoHo and G.O.D. are both about contrast and contradiction, eclecticism, the new and old sitting side by side. There is tension in this dichotomy. The effect can be a little jarring and chaotic, but there is much charm in this chaos.”