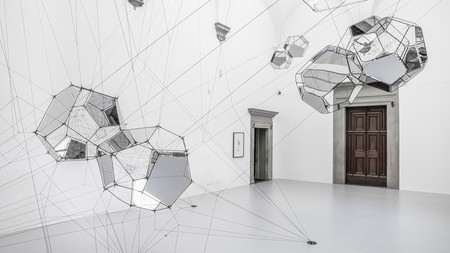 The world might be on lockdown, but that doesn’t mean you can’t get your art fix. As exhibitions, events and galleries close temporarily during the coronavirus outbreak, many are putting their shows online. Good news for art buffs. Read on to discover how to appreciate the best art – without ever leaving the house.

The Palazzo Strozzi in Florence has launched In Touch, a digital platform exploring themes around Argentinian artist Tomás Saraceno’s major solo exhibition, Aria. It features videos, blogs and images connected to the show. The platform aims to address ideas about building the future and living in harmony with the natural world – ideas that Saraceno examines in depth. International artist Ai Weiwei, no less, has recorded a video message entitled Stay Home, Stay Together, while Saraceno has recorded one himself, called Reducing Our Movement. 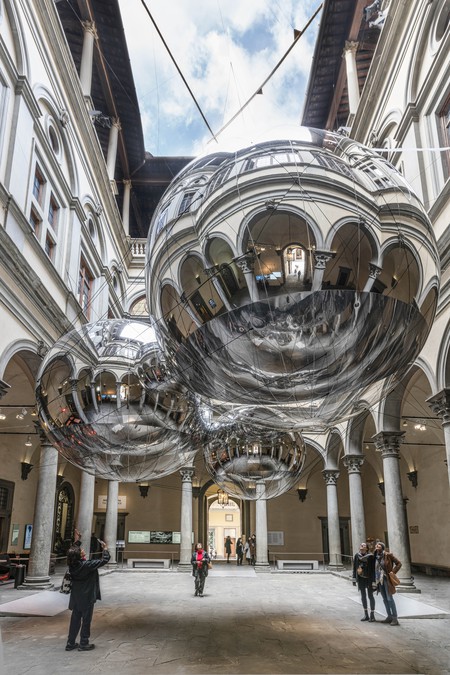 Another gallery dedicating itself to stellar online exhibitions for the foreseeable is international powerhouse Hauser & Wirth. On your screens is a spectacular show of drawings in ink, watercolour and pencil by the fearless and iconic Louise Bourgeois. Drawing was a daily ritual throughout this French-American artist’s seven-decade career, used as a kind of diary and way of exorcising her memories and emotions. Particularly apt is a disembodied pair of eyes, seen in a pencil and watercolour drawing from 1974 – an uncanny reminder of the new way we look out today in a contactless world. The great thing about viewing these works online is that you can keep coming back, and each visit will surely expose new nuance and meaning in Bourgeois complex and symbolic language.

Mariken Wessels, together with the Ravestijn Gallery in Amsterdam, has created a 360-degree virtual tour of her show, Nude, Arising From the Ground, that you can enjoy at home. The Dutch artist, who is based in the capital, is known for her explorations of the erotic, fantasy and flesh. This installation, inspired by a photogravure Wessels acquired from Eadweard Muybridge’s photo series Human and Animal Locomotion (referenced in the title Arising from the Ground), explores the way obese bodies move through life-scale sculptures; there are also photographs of obese models taken under water, exploring ideas of the human form, motion and gravity. It’s an original take on the age-old tradition of the nude in art and a poignant moment to contemplate and appreciate the material functions of the flesh – all in the intimacy of your own space. 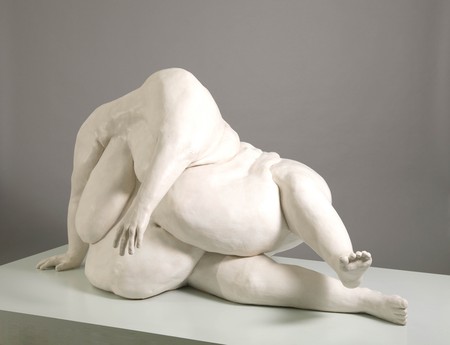 The Middle East’s star-studded jamboree, Art Dubai, was also cancelled, but organisers are hosting a series of talks and performances that they hope will bring us together during these challenging times. In practice, that means a compelling line-up of guests, including Turner Prize co-winner Lawrence Abu Hamdan who will feature on a live ‘Newshour Special’ broadcast. In a live show, performance artists Bahar Noorizadeh, Angelo Plessas, Tabita Rezaire, Tiago Sant’Ana, and Imaad Majeed will interpret the idea of healing as an art form.

The David Zwirner Gallery was one of the first out of the blocks when it came to showing online, and the team continues to deliver high-quality shows. The gallery has a presence at the online Art Basel Hong Kong, and you can also revisit past shows by the likes of Anni Albers and Wolfgang Tillmans. If you are feeling flush, you can buy pieces from their collection. The gallery also has a great podcast, Dialogues, in which artists discuss their work. 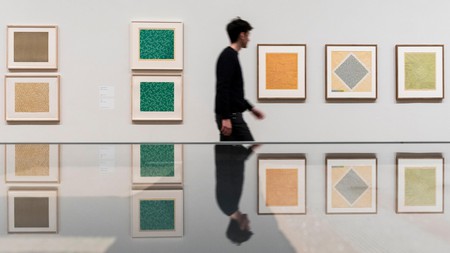 Stuck at home with the kids and desperate to find a creative outlet? Tate Modern’s YouTube channel holds the answer. Featuring bright, bite-sized crammers on art movements such as Surrealism and Modernism, alongside potted histories of various artists, the channel is a delight. If the little mites are feeling inspired, watch one of the practical (ish) guides to becoming a performance artist.

The National Gallery is a national treasure. A grand neoclassical building overlooking the throngs of tourists, street performers and pigeons of Trafalgar Square, it houses 2,300 publicly owned paintings. Visiting is off limits for now, but instead you can explore seven galleries of Renaissance masterpieces from northern Italy, the Netherlands and Germany, as well as the Central Hall, via the institution’s 360-degree virtual tour.

The Way I See It

The art world is commonly thought of as a visual medium, but it’s not short of podcasts. One of the best, The Way I See It, is a collaboration between the BBC and MoMA. Like all good ideas, the premise is simple: some of the sharpest minds pick a piece of work from MoMA’s permanent collection and discuss how it “inspires or provokes, thrills or surprises” them. Presented by Alastair Sooke, it is an intensely personal show with a variety of guests – comedian Steve Martin, designer Yves Behar and academic Neri Oxman, among others – but the emphasis is on accessibility rather than hardcore art criticism.

The San Francisco Museum of Modern Art (SFMoMA) podcast Raw Material is well into its sixth season, and it couldn’t have picked a more appropriate theme. Entitled Six Degrees, audio producer Sayre Quevedo attempts to find out whether we really are all connected by six degrees of separation – by contacting a stranger on the other side of the world via his network of artists and friends. Along the way, people share stories of love, loneliness, distance and togetherness. Seriously, it’s as if it was run by clairvoyants.

OK, so you could argue that 99% Invisible is about design rather than art, but it is so good, Culture Trip has loosened the brief a little. As the title suggests, the show examines everyday things around us that often go unnoticed, and explains why the world is the way it is. If you ever wondered about the origins of the fortune cookie, wanted to take an audio tour of the Guggenheim New York, or wondered why Sigmund Freud preferred couches to armchairs, this is the show for you. 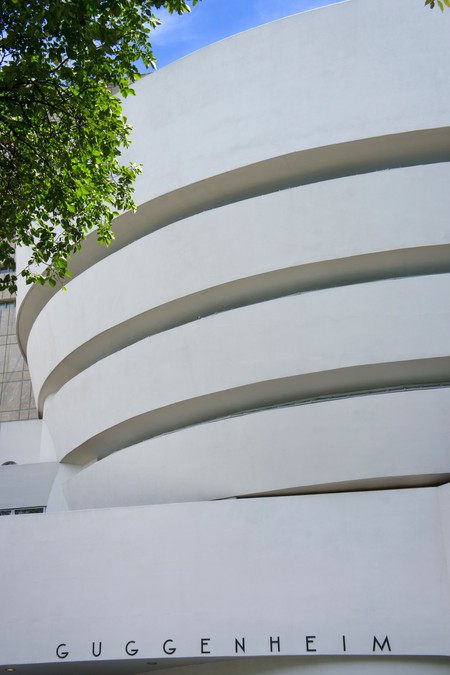